Accounting For Methane Emissions From Oil And Gas Wells

Scientists, regulators, and industry are working out how to detect and deal with sources that release the most gas

Not all oil and natural gas wells are equal. Some emit more methane than others. Much, much more.

Three studies, published in December 2014, underscored this issue. Researchers recorded the amount of methane escaping from active natural gas production sites and from abandoned oil and gas wells. In each, they found that a small percentage of wells emit the majority of the methane, a potent greenhouse gas.

Stifling the biggest emitters could substantially reduce how much methane escapes into the atmosphere.

But for companies and regulators to act on such research and curtail these emissions, they first need to identify the largest sources. Accounting for the wells and equipment leaking the most methane will likely require businesses to expand monitoring and improve record keeping. Some believe that regulators will need to impose stricter reporting rules.

“It comes down to this: You can’t manage what you don’t measure and fix,” says Mark Brownstein, associate vice president of the Environmental Defense Fund (EDF), an environmental advocacy group. To cut releases of methane, equipment at many of the highest-emitting natural gas wells could be easily replaced or repaired, he argues. “It speaks to the importance of a policy that essentially requires the nation’s 6,000 oil and gas operators to measure emissions on a regular basis.” 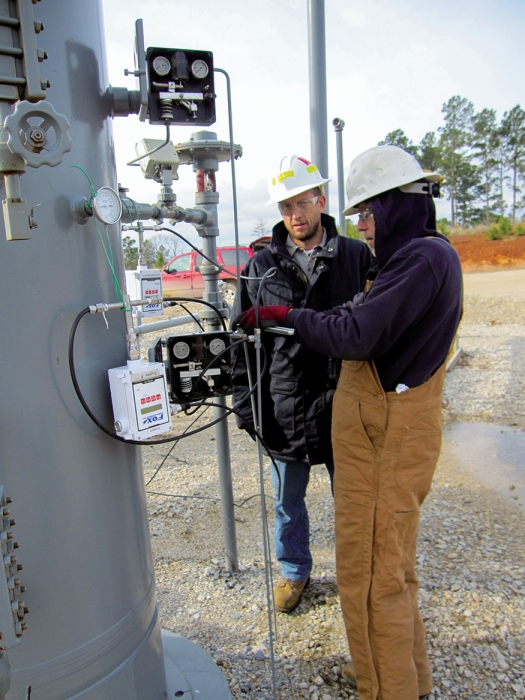 Credit: Cockrell School of Engineering
Researchers measured methane emissions from pneumatic controllers, such as the one shown here.

EPA is expected to announce a new strategy for methane emissions this month, but it’s unclear if that effort will address the issue raised in the recent studies. The agency tells C&EN it is committed to using the best available data to refine its methane emission estimates and control policies.

Some argue that more regulations are not warranted, however. Companies already have an economic incentive to keep track of emissions, says Howard J. Feldman, director of scientific and regulatory affairs for the American Petroleum Institute, an industry trade association.

LEGACY EMISSIONS
[+]Enlarge
Credit: Princeton University
Methane from abandoned wells, such as this one in Pennsylvania’s Allegheny National Forest, is not included in EPA estimates. 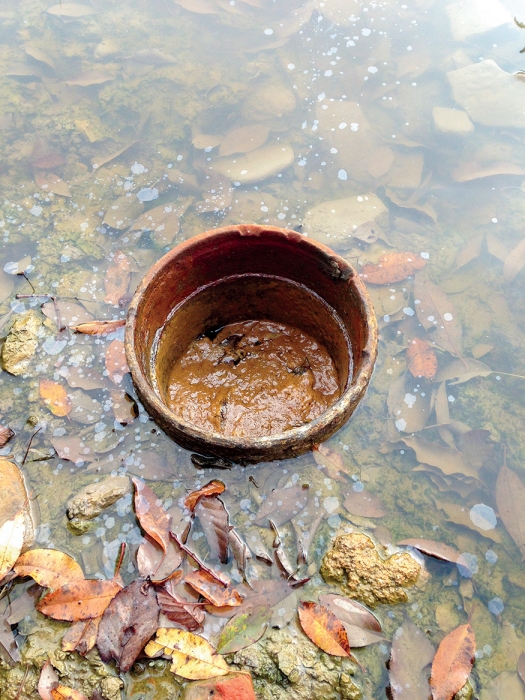 Credit: Princeton University
Methane from abandoned wells, such as this one in Pennsylvania’s Allegheny National Forest, is not included in EPA estimates.

Letting methane, the principal component of natural gas, leak away is simply bad business, Feldman says. “Companies that make widgets don’t throw widgets away. They don’t need regulations to tell them not to do that,” he says. Feldman is confident the energy industry will lower its methane emissions as it learns more about the three studies.

Two of these studies were led by David T. Allen, a chemical engineer at the University of Texas, Austin, and chair of EPA’s Science Advisory Board, a panel of outside experts. EDF—the environmental group—and 10 energy companies sponsored these projects, Allen says.

For the liquid-unloading measurements, about 10% of the systems accounted for half of the methane emissions measured. Similarly, less than 20% of the pneumatic controllers were responsible for 95% of the methane that came from the devices.

Although his team measured a small sample of devices—107 liquid-unloading systems and 377 pneumatic controllers out of tens of thousands in the U.S.—Allen says the trend of a small proportion of equipment dominating emissions holds on a national level. “That’s a very robust finding,” he says.

The study also turned up a discrepancy. EPA has assumed that natural gas wells are, on average, equipped with one pneumatic controller. In Allen’s study, wells had an average of nearly three controllers each. The question of how many of these devices are in the field is an important one to answer, Allen says.

Princeton University atmospheric chemist Denise L. Mauzerall wonders about a more fundamental accounting question: How many wells exist? Mauzerall co-led the third study, which investigated methane emissions from abandoned oil and gas wells in Pennsylvania (Proc. Natl. Acad. Sci. USA 2014, DOI: 10.1073/pnas.1408315111). Pennsylvania’s Department of Environmental Protection says there may be more than 325,000 such wells in the state. Mauzerall suspects it could be upward of 500,000.

She and her team managed to find 19 of these abandoned wells, often with the help of local residents because many of the sites weren’t on any map. Like Allen, she found that a few wells were releasing disproportionately large volumes of methane. Collectively, these wells could contribute a significant amount of methane to the atmosphere, Mauzerall says, but EPA does not factor in their emissions.

At least not yet. “We just need to commit to get leaks out of the system,” EPA Press Secretary Liz Purchia tells C&EN. “We have the skills, brain power, and tools to figure it out.”

Pollution
Measuring microplastics in seafood
Persistent Pollutants
US FDA sets voluntary arsenic limit in infant rice cereal
Pollution
Satellites can now see air pollution inequality within cities
Share X
To send an e-mail to multiple recipients, separate e-mail addresses with a comma, semicolon, or both.
Title: Accounting For Methane Emissions From Oil And Gas Wells
Author: Matt Davenport
Chemical & Engineering News will not share your email address with any other person or company.

Keith Taylor (January 7, 2015 3:29 PM)
I'd like to pick up on Dr. Mauzerall's query about the number of wells extant, and extend it to the fracking sites, whether producing or in exploration, whether for oil or gas. It seems, from the nature of the recovery process, that even successful sites will have much shorter lifetimes and smaller production volumes than conventional sites, hence the need for many more of them. Are all of the safeguards for avoiding 'fugitive' methane emissions going to be in place for these small wells? Somewhat related to this is the likelihood of methane emissions from sources such as the Bakken where there is an abnormal fraction of light hydrocarbons dissolved in the crude oil, accounting for the extreme volatility in the crude oil that only seems to have been discovered consequent to the Lac Megantic disaster.
Reply »