[+]Enlarge
Credit: DOE/Wikipedia
Some of the tanks holding radioactive waste at the Hanford Site, shown in this historic photo, are leaking. 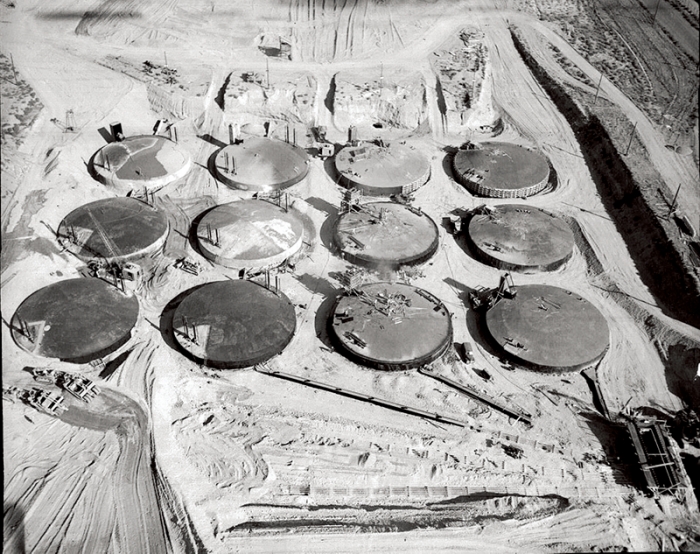 Credit: DOE/Wikipedia
Some of the tanks holding radioactive waste at the Hanford Site, shown in this historic photo, are leaking.

Several of the 177 underground storage tanks at the Department of Energy’s Hanford, Wash., nuclear site are leaking and in worse condition than previously thought, according to the Government Accountability Office. The tanks together hold 56 million gal of radioactive waste, left from processing plutonium for atomic bombs. In a recent report, GAO says that to prevent leaks, DOE has pumped nearly all the contents of 149 old single-shell tanks into newer double-shell tanks. However, GAO reports that the primary shell of one of 28 double-shell tanks is now leaking because of construction flaws. A dozen more have similar flaws, but GAO says it is unsure if they too are leaking. Water has intruded into at least 14 of the nearly empty single-shell tanks, and one of those is also leaking. In response, DOE says it is increasing tank monitoring. GAO notes that the leaks and construction delays for a waste treatment plant have raised concerns among state officials and the public.