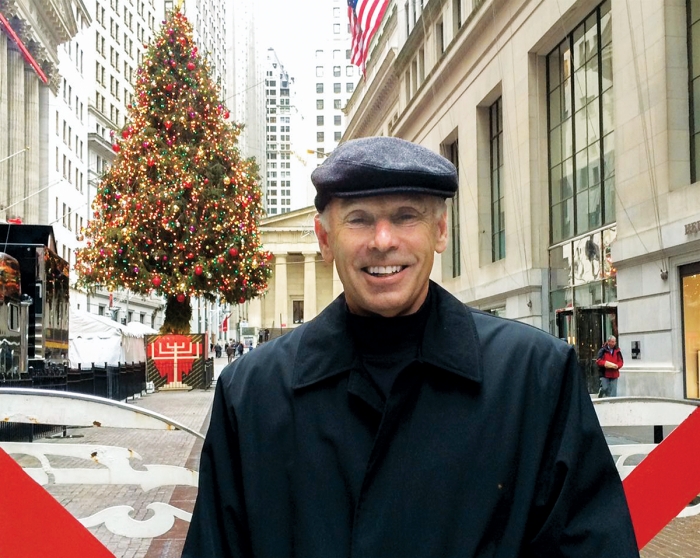 “Permit me a sports analogy,” says John LaMattina, the former head of R&D at Pfizer. “In football now you have the West Coast Offense, the Pistol, and the Shotgun. But at the end of the day, it’s no different than when Vince Lombardi was coaching. You gotta block, and you gotta tackle.”

An apt analogy coming from LaMattina, a longtime drug industry executive who is one of the staunchest advocates of big pharma’s traditional strengths in the basics of discovering, developing, and commercializing drugs.

In the mid-2000s, when the sector was truly beleaguered, LaMattina vehemently denounced the critiques by Marcia Angell, former editor-in-chief of the New England Journal of Medicine, and others who called the industry inefficient and uninnovative. He remained adamant following his departure from Pfizer in the wake of the clinical failure of torcetrapib, the company’s great hope for a follow-up to Lipitor. And he continued to place the big companies at the center of the action as the rest of the world pronounced the end of the blockbuster drug era.

Thus it is hardly surprising that LaMattina, despite his current work with PureTech Ventures, a venture capital firm focused on shepherding innovation from the smallest labs into the mainstream, continues to be tough on defense for big pharma.

On a recent visit to C&EN’s New York City bureau, LaMattina, a member of the magazine’s advisory board, is reminded of statements he made in a June 2006 C&EN article. In it he recited a litany of big pharma success stories, accompanied by his signature indignation over critics. He also predicted that the tide of public opinion will turn—that the industry’s central role will be recognized as a new generation of therapeutic successes comes to market.

He smiles wanly. “I tried to be upbeat,” he says of the interview. “If anything, it hasn’t gotten any better. Maybe about the same. You still hear politicians campaigning saying things like, ‘Elect me, and I will bring under control tobacco, big oil, Wall Street, and big pharma.’ Automatically we are now lumped into this group of people who are perceived as doing evil.”

Meanwhile, the small biotech and start-up drug companies credited with key scientific discoveries are gaining traction. But where would these innovators be without the traditional drug industry, LaMattina asks.

“I think the public still doesn’t get it,” he says. “Great basic research comes out of the NIH or small start-up companies or academic institutions. But at the end of the day, actually coming up with a molecule or biologic that is safe in animals and then can be taken to the clinic rests largely in the hands of the pharmaceutical industry. We prove and disprove medical hypotheses.”

There is no denying that big pharma’s research capacity has plummeted since 2006, and that the closure of huge R&D facilities is largely attributable to the loss of patent exclusivity on billion-dollar-selling drugs and the industry’s inability to invent replacements. At Pfizer, the failure of torcetrapib heralded major lab shutdowns, some of which were overseen by LaMattina just prior to his exit.

Still, the former Pfizer executive challenges the notion that the pursuit of blockbuster drugs has collapsed under its own weight. He points to potential multi-billion-dollar sellers on the horizon, such as Novartis’s LCZ696, a treatment for heart failure. He notes also that Merck & Co. and Eli Lilly & Co. are each advancing with cholesterol treatments comparable to torcetrapib.

In LaMattina’s view, the traditional pharmaceutical industry has adapted to market shifts, downsizing without fundamentally changing. Fond of individual patient stories, he tells one of a woman treated successfully for cancer with Xalkori, a Pfizer drug administered to lung cancer patients who have never smoked. That’s just 10% of all lung cancer patients, only half of whom are eligible to be treated with Xalkori.

“This is not a major area,” he says, “but it is one in which your clinical trials are small, you don’t have to have major detailing of your drug because everyone in the oncology field knows about it, and you can get very favorable pricing.”

These days, LaMattina is busy as a senior partner at PureTech, supporting nascent innovators such as Gelesis, whose hydrogel capsule technology for treating obesity is his go-to success story. “PureTech is unique in looking very early,” he says, noting that the support it has given to companies such as Gelesis and Vedanta Biosciences, a developer of drugs that modulate the human microbiome, would have been deemed too risky at a large drug company. The hope is to get such research beyond the speculative phase and into the clinic, with support from traditional players.

And the traditional players should see a lot of action as a result. “What really has changed, and has been eye-opening for me, is the whole move toward rare diseases, or diseases affecting small populations,” LaMattina says. Science, he adds, has yielded data on targets that were unapproachable 10 years ago. And LaMattina is clearly thrilled by the challenge ahead.

“Yeah, expectations are high, but it’s nice to have high expectations,” he says. “I think all this is terrific, despite being a dinosaur.”