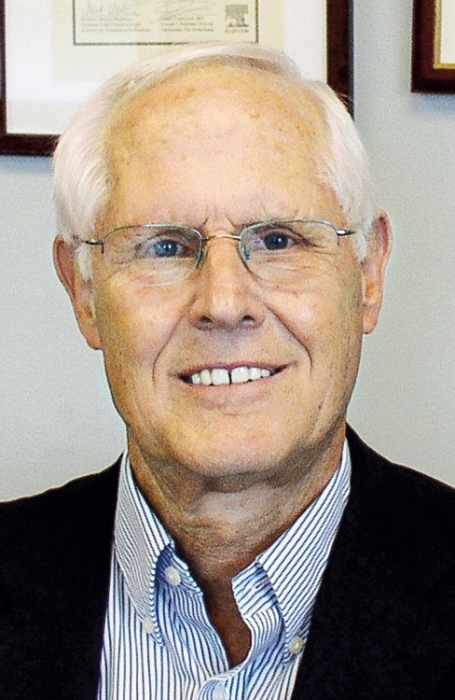 Larry E. Overman’s career is a testament to the relevance of natural product synthesis. A chemistry professor at the University of California, Irvine, Overman sees complex synthesis not as an end in itself but as a tool for learning about chemical transformations.

When Overman, 71, started his undergraduate years at Earlham College in his home state of Indiana, he had no intention of studying chemistry, but a freshman chemistry class with Gerald Bakker changed that. Overman received a B.A. in chemistry, and went on to earn a Ph.D. in organic chemistry at the University of Wisconsin, Madison, under Howard W. Whitlock Jr.

Next came an eye-opening postdoc at Columbia University with Ronald Breslow. “I learned a lot about how to be a scientist under Ron’s tutelage,” Overman says.

At UC Irvine ever since leaving Bres­low’s lab in 1971, Overman is known as an authority on the synthesis of natural products of biological relevance. David MacMillan, chair of the chemistry department at Princeton University, calls his syntheses “true classics in conception and execution.”

Overman clearly enjoys complex syntheses, but he bristles at the notion that they are an intellectual exercise with no real-world relevance. For him, synthesis is more about what is learned during the journey than the end product. “We’re fundamentally interested in reactivity,” he says of his research group.

Both the aza-Cope-Mannich reaction and the Overman rearrangement are rearrangement reactions that can add huge value to molecules in just a few steps. Overman sees them as among his most important contributions to science because they taught chemists to embrace, rather than fear, complex rearrangements.

Those chemists include Overman’s own students, whom he sends out into the world like a proud parent. By his count he has trained 100 Ph.D. students and 200 postdocs. At least 50 of them are in academic careers, and many of the others have leadership positions in the biotech and pharmaceutical industries.

Overman’s research group isn’t as large as it once was, but it’s still quite active, particularly at the intersection of chemistry and biology.

Indeed, Overman’s interest in natural alkaloids of the ETP (epipolythiodi­ketopiperazine) family led to his participation in founding an oncology drug firm, Novonco Therapeutics, based on molecules he developed in collaboration with David Horne, deputy director of research at City of Hope Comprehensive Cancer Center. The structures of some of the alkaloids were greatly simplified to make them less toxic while maintaining their cancer-fighting potential.

For Overman, the work is both potentially life-saving and another example of the relevance of complex synthesis.

Overman will present his award address before the Biennial National Organic Chemistry Symposium in July.