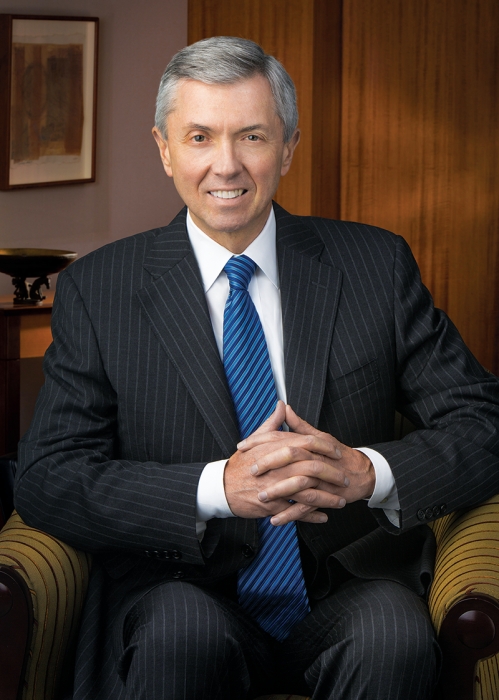 When Stephen D. Pryor became head of ExxonMobil’s chemical division in 2008, he didn’t assume many of the responsibilities borne by the chiefs of independent, publicly traded chemical companies.

As president of ExxonMobil Chemical, Pryor didn’t need to preside over quarterly conference calls with analysts or appear on cable news networks to pump his company’s stock. He didn’t have to reinvent the company through transformative acquisitions or divestitures.

What he did do is firmly take the reins of a business that was already healthy and had a strong sense of its own identity. Under his watch, ExxonMobil Chemical grew and took on a more conspicuous leadership role in the chemical industry.

Pryor’s rise to the top of ExxonMobil Chemical was the culmination of a long career at Mobil Oil and ExxonMobil Corp. Fresh out of Lafayette College with a degree in biology, he took a job in 1971 as a marketing representative with a territory of independent Mobil service stations in Westchester County, N.Y. He had to act as a business counselor to veteran local entrepreneurs who were disinclined to listen to someone still in his early 20s.

“I didn’t have formal authority,” he recalls. “Success depended on gaining the trust of the dealers through the quality of your advice and support. Very early on, I learned how to lead without commanding.”

The experience also taught him he needed a little more intellectual heft in business and economics. Mobil granted him a leave of absence, a rarity at the time, to attend Harvard Business School.

After his return, Pryor bounced around the company in financial roles until a supervisor in London gave him a chance to run a business: Mobil Cyprus. With local refining operations, marketing, and employees, Mobil’s outpost on the Mediterranean island was a microcosm of the larger company. Every other business Pryor ran since Cyprus, he says, differed mostly in scale.

Pryor went on to lead other businesses within Mobil, including chemicals and refining. When Mobil Oil merged with Exxon in 1999, he was vested with creating a new lubricants and specialties unit.

Pryor, who speaks as if he still works there, says ExxonMobil’s greatest strength is the “disciplined, long-term perspective we bring to the business.” The approach allows the company to succeed in a volatile environment where oil prices can easily double or decline by half in a given year. “We don’t lurch every time there’s a change in the weather,” he notes.

Key to its long-term strategy is integration. Perhaps more than any other oil company, ExxonMobil’s refining and chemical operations are intertwined. Thanks to the breadth of its products and raw materials, the firm has the flexibility to react to market conditions. “We invented that model, and we continue to perfect that model,” Pryor says.

ExxonMobil also tries to continually improve operations, such as boosting yields or running plants more reliably. Pryor boasts that the chemical company has been able to keep fixed costs nearly flat for a half-dozen years. “The beauty is you never get into slash and burn,” he says. “Even in the crash in 2009, we never laid off one person, we never canceled one project, we never shuttered one facility.”

Under Pryor’s watch, ExxonMobil Chemical undertook one of the most aggressive expansion programs in its history. The company completed a multi-billion-dollar project in Singapore that doubled capacity there. Today, operations in the country represent one-quarter of the firm’s global chemical capacity.

The company also commenced work on a joint venture in Saudi Arabia to make synthetic rubber. To capitalize on the shale gas boom in the U.S., ExxonMobil is building a new ethylene cracker at its flagship site in Baytown, Texas.

Pryor was an outspoken presence at industry gatherings. He says he made an effort to get in front of audiences “to convey to customers, and to others that we might do businesses with, that ExxonMobil is a thought leader on the policy issues of the day.”

These views have, at times, put Pryor at odds with some of his peers. Two years ago, chief executive officers such as Andrew N. Liveris of Dow Chemical were calling on the U.S. government to limit permits for new liquefied natural gas export facilities, fearing they would raise prices for chemical feedstocks at home. Standing in front of the IHS World Petrochemical Conference in 2013, Pryor asserted that “protectionist pleas are often wrapped in pious appeals to patriotism.”

Pryor’s views haven’t changed. He argues that many in the industry have yet to fully grasp the magnitude of the shale revolution. “Over my career, we have had four decades of energy scarcity, which has shaped the mind-set and the policies in the country, and that’s all being swept away by unconventional energy,” he says. “We need to put aside this mentality of scarcity, and hoarding the molecules to ourselves, and embrace this new opportunity for America.”

Business
Middle East: Low oil price to accelerate push for diversity
Business
Ineos Is C&EN’s Chemical Company Of The Year For 2014
People
ExxonMobil’s Pryor Is SCI Medalist
Share X
To send an e-mail to multiple recipients, separate e-mail addresses with a comma, semicolon, or both.
Title: C&EN Talks With Stephen D. Pryor, Outgoing Head Of ExxonMobil Chemical
Author: Alexander H. Tullo
Chemical & Engineering News will not share your email address with any other person or company.