Candidate selections and votes on new international chapters are on the agenda for the spring ACS National Meeting in Denver. 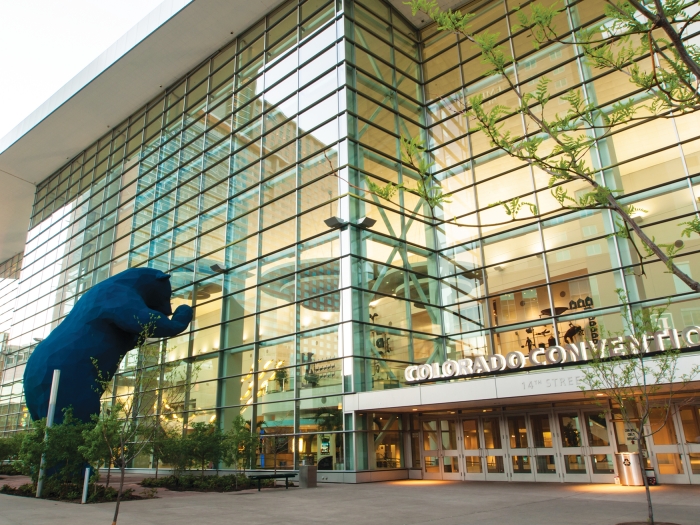 Credit: Arina P. Habich/Shutterstock.com
The Colorado Convention Center will be a focal point for the 249th ACS national meeting in Denver.

When the American Chemical Society Council meets later this month during the ACS national meeting in Denver, it will select candidates for national office and vote on a change to society dues. It will also vote on petitions to form two new ACS international chemical sciences chapters and will consider two other petitions to amend the society’s bylaws.

Access the agenda for the March 25 council meeting at www.acs.org/councilors.

A “President-Elect Nominee Town Hall Meeting” will be held in Centennial Ballrooms F & G at the Hyatt Regency Denver at the Colorado Convention Center on Sunday, March 22, 4:30–5:30 PM. Nominees, councilors, and other ACS members can interact at this event via a moderated question-and-answer format. During the council meeting on the following Wednesday, councilors will select two of the nominees to run this fall as official candidates for 2016 president-elect.

Last fall, N&E also prepared slates of nominees for the position of director in Districts I and V for the 2016–18 term. Earlier this month, councilors in the two districts chose candidates from among those nominees. The selected candidates, who will be announced during the council meeting in Denver, will stand for election in the fall.

In addition to its election-related work, the council will vote on two “Petitions To Charter International Chemical Sciences Chapters,” which, if subsequently approved by the board of directors, would establish ACS chapters in India and Taiwan.

Two other petitions to amend the society’s bylaws are up for consideration in Denver, but they will not come up for action until the fall 2015 council meeting in Boston. The “Petition on Member Expulsion” aims to streamline the process for dismissing a member from the society for conduct that injures the society or its reputation or is contrary to its objects. And the “Petition on Preferential Voting” seeks to broaden the use of preferential balloting in elections for director-at-large candidates when necessary to achieve a majority of votes to win an election. ACS already allows for the use of preferential voting—in which voters rank their choices of nominees and candidates, rather than select a single name for each position—in electing the president-elect and district directors.

The full text of petitions and associated committee reports is available at www.acs.org/bulletin5 (click on “Petitions”).

The ACS Council meeting will be held on Wednesday, March 25, in Centennial Ballroom D–H at the Hyatt Regency Denver at the Colorado Convention Center. All ACS members are encouraged to attend the meeting, which will start at 8 AM.

Access the agenda for the March 25 council meeting at www.acs.org/councilors.