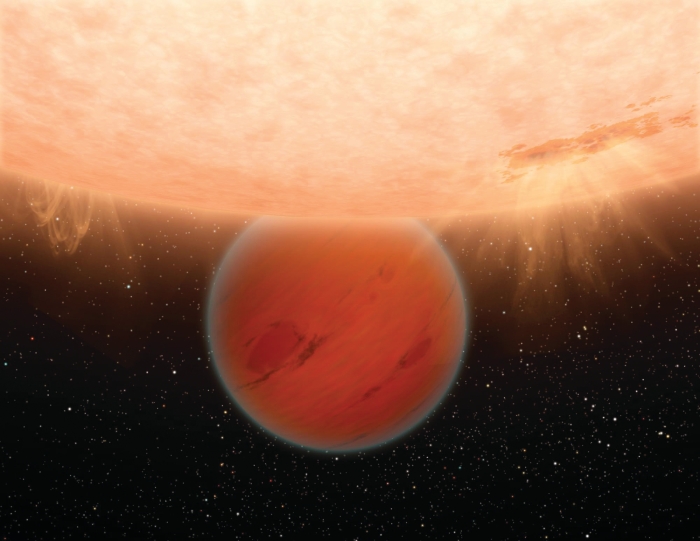 Credit: NASA/JPL-CalTech
As shown in this artist’s impression, Twinkle will capture data during an eclipse, when an exoplanet (below) is backlit by a star (top).

About 100 excited astronomers and engineers gathered last month in Burlington House, the historic London home of the Royal Astronomical Society, eager to chat about planets far, far away. Specifically, they were there to discuss “Twinkle,” a space mission dedicated to discovering the chemistry of planets beyond our solar system. The only issue with the mission at this early stage appears to be whether full funding for the project can be secured.

Co-led by University College London (UCL) and England-based firm Surrey Satellite Technology, Twinkle aims to launch a satellite into orbit about 450 miles above Earth. The orbiter, loaded with two spectrometers that share a telescope, is slated to measure light emitted by the atmospheres of planets beyond our solar system. Characteristic spectral fingerprints measured by the spectrometers will tell scientists whether gases such as water vapor or methane surround the so-called exoplanets. 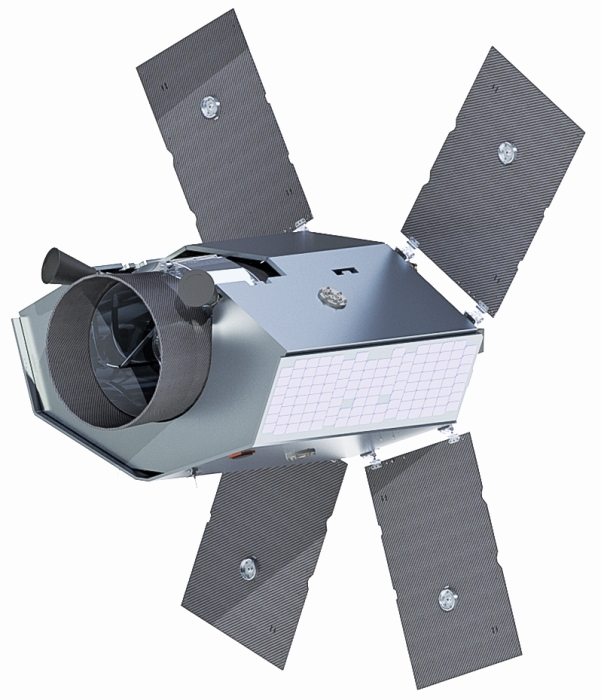 The astronomers plan to launch the satellite in the next three to five years. They intend for the orbiter to operate for a minimum of three years.

Astronomers interested in a far-away planet’s chemistry currently have to make do with spectrometers on Earth that are limited by Earth’s thick atmosphere in terms of what wavelengths they can measure. These scientists might use the Hubble Space Telescope, but it’s limited to measuring near-infrared wavelengths from 800 nm to 2.5 μm.

“Today we know some information about a few key molecules on a few peculiar planets. And this information is absolutely not enough to determine a coherent picture of what chemical processes are at work,” said Giovanna Tinetti, head of science for Twinkle and professor of astrophysics at UCL.

To date, about 2,000 planets have been identified in our galaxy, known as the Milky Way. Twinkle’s scientists plan to determine the chemistry of at least 100 of the most interesting ones in the Milky Way, positioned mostly between tens of and a few hundred light-years away from Earth. The mission’s astronomers will select planets largely based on distance from Earth and how brightly each planet “twinkles.” The researchers hope to analyze each planet during a partial eclipse so that its atmosphere is lit from behind by a star. “This will get us a brilliant amount of information,” Tinetti said at the recent gathering.

A potential target is KIC 1255 b, also known as KIC 12557548 b, a low-mass terrestrial exoplanet in the constellation Cygnus, about 1,500 light-years away. It’s surrounded by a cometlike trail of dust. The theory is that the planet is slowly being boiled away by the intense heat from its host star.

SMALL SCIENCE
[+]Enlarge
Credit: Open University
Patel aims to make a spectrometer for Twinkle similar to the one he designed for ExoMars. 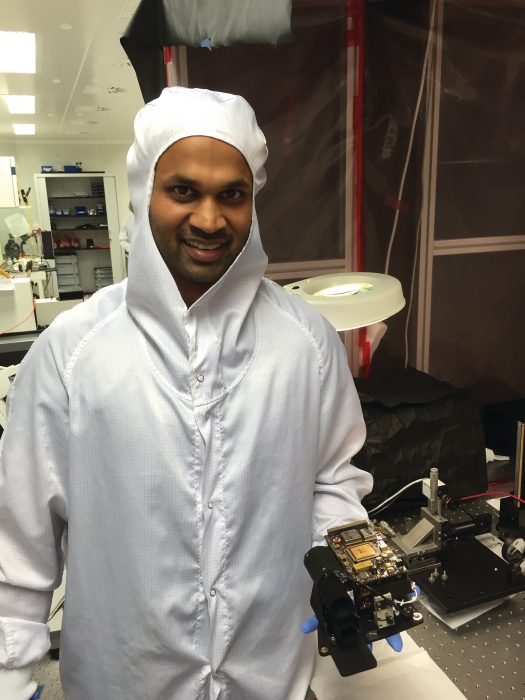 Credit: Open University
Patel aims to make a spectrometer for Twinkle similar to the one he designed for ExoMars.

By using two spectrometers, the scientists will be able to capture light with wavelengths between 500 nm and 5 μm. This range encompasses visible and IR light, enabling the identification of a number of chemical elements and compounds including oxygen, hydrogen, methane, ammonia, CO2, sulfurous compounds, and water vapor. “If they are there, we will be able to see them,” Tinetti said. For the largest planets orbiting bright stars, Twinkle, the satillite, may even be able to produce maps of clouds and temperature.

Because the planned spectrometers will be able to measure IR light with a wavelength of about 3 μm, Twinkle should be able to identify hydrated minerals on exoplanets, something that is beyond the capability of Earth-based spectrometers, said Oxford University professor of planetary physics Patrick Irwin at the meeting. Pushing out to 5 μm, Twinkle might also probe the composition of gas deep within planets similar to Uranus and Neptune, said Irwin.

Twinkle’s organizers are hoping that Open University, with headquarters in Milton Keynes, England, will provide one spectrometer to measure visible and near-IR wavelengths between 500 nm and 1 μm. Potential species that fall within this range are H2O, O2, and O3.

The spectrometer weighs about 2 lb and is highly miniaturized. “It is so small you can hold it in the palm of your hand,” said Manish Patel, designer of the instrument and a lecturer at Open University. The device is based on a model with a narrow spectral range designed by Patel for the ExoMars spacecraft mission, set to launch in 2016 and evaluate Mars’s atmosphere of ozone, dust, and clouds.

The second Twinkle spectrometer will capture IR light with longer wavelengths, between 1 and 5 μm. The United Kingdom Astronomy Technology Centre, based in Edinburgh, Scotland, is developing the instrument. The idea is that the two spectrometers will share one telescope by splitting a single beam of incoming light with a glass plate.

UCL is seeking scientists from universities across the U.K. to contribute to, or coordinate, a segment of the Twinkle mission, including data analysis, chemical modeling, target selection, and atmospheric dynamics studies.

Despite enthusiasm for Twinkle within the U.K. science community, financial support for the mission is still up in the air. The organizers have so far raised several million dollars for the research components of the project, largely through European Commission funding, but are still well short of the $75 million needed to fund the whole mission. The project organizers are seeking both private and public funding. “We are trying everything at the moment,” said Marcell Tessenyi, a postdoctoral research fellow studying astrophysics at UCL.

Assuming that the U.K.-based astronomers can get Twinkle off the ground, “it will revolutionize the way we see planets in our galaxies,” Tinetti said. “We hope to find out things we never imagined before.”