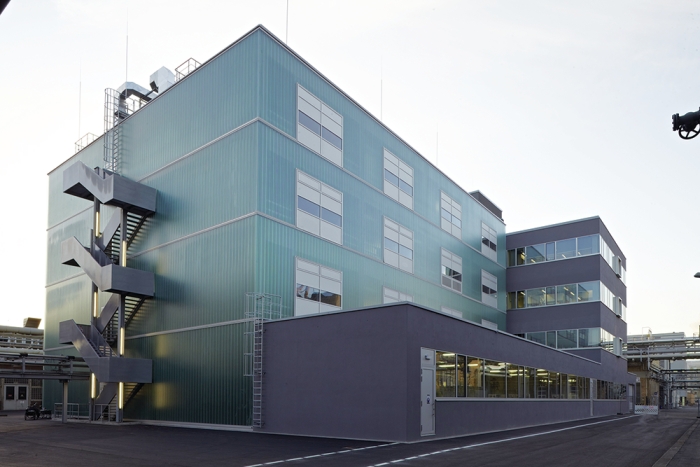 Credit: Merck KgaA
Excipient makers such as Merck Millipore, which operates this German plant, have a choice of audit options.

The proliferation of quality-management standards in manufacturing is such that each new document seems like one step deeper into an arcane world of industrial measurement. But a new standard from the American National Standards Institute (ANSI) may break out and rise to the task of securing a huge swath of the pharmaceutical supply chain.

Adoption of the standard, along with a similar scheme developed in Europe, may also mark a shift away from regulatory compliance to a proactive industry effort to improve and monitor drug safety.

The ANSI standard addresses the quality of excipients, a broad category of inert materials that make up as much as 90% of the bulk of a finished-dosage drug. It arrives in the wake of a major push by drug regulators to improve supply-chain oversight dating back to the lethal contamination of Chinese-made heparin in 2008.

The heparin scandal illustrated how rampant globalization in drug manufacturing had outstripped regulators’ ability to inspect all sources of active pharmaceutical ingredients (APIs). It was preceded by an even more devastating case of drug contamination the year before when more than 300 people died in Panama after taking cough medicine manufactured with diethylene glycol believed to be glycerin, an excipient.

Excipients are not audited to the Food & Drug Administration’s current Good Manufacturing Practices (cGMP) standards to which active ingredients are held. The burden falls on drugmakers to vouch for the quality of their products through oversight of their supply chain.

Chemical companies in Europe were the first to step up collectively with the launch of a quality standard called Excipact and a compliance plan under which manufacturers lay out their quality regimes and are audited by a third-party quality certification firm.

Although the ANSI standard, which debuted last November, does not come with an auditing component, industry players agree that it will be applied with a third-party certification similar to Excipact’s by chemical companies seeking to offer drugmakers evidence that a cGMP-compliant quality program is in place. It’s also expected to boost awareness among excipient producers that the quality of their products needs to be documented.

Whether a company certifies against the ANSI standard or Excipact makes little difference, according to Tony Scott, a former director of the U.K.’s Chemical Industries Association and adviser to the ­European Fine Chemicals Group, a subsidiary of the European Chemical Industry Council that helped write Excipact. Both have been reviewed by regulators in the U.S. and Europe, he says.

“We have anticipated what they want, and the regulators we talked to at the FDA and Medicines & Healthcare Products Regulatory Agency in the U.K. have said ‘Hats off to you, you’ve got it right,’ ” Scott says. “It’s a very high quality standard.”

There is, however, another quality-auditing option for excipients. Rx-360, a consortium of drug and chemical makers formed to share quality audits, covers these materials as well as APIs. It is a fundamentally different choice, however, in that Rx-360 audits are performed by purchasers of the excipients where they are made.

Frithjof Holtz, regulatory manager for Merck Millipore, a division of Merck KGaA that manufactures excipients, does not see Rx-360 as in competition with the ANSI and Excipact standards. The standards have the common goal of consolidating audits, says Holtz, a member of the Rx-360 board. They also are intended to stand in as assurances of patient safety in the absence of a cGMP standard policed by FDA.

Kristofer Baum­gartner, a spokesman for FDA’s Center for Drug Evaluation & Research, says the agency requires all drugs and excipients to conform with cGMP but that it has not published guidelines or regulations governing excipients as it has for APIs. FDA, he says, welcomes standards-setting by organizations such as ANSI.

Iain Moore, head of global quality assurance at Croda, an En­gland-based maker of excipients and other chemicals, sees the ANSI standard as a step forward in ensuring excipient quality. “We at last have a semiofficial U.S. national standard definition of what cGMP should be for excipients,” he says. And having a scheme whereby the manufacturer specifies how its operations meet cGMP criteria is appropriate for a broad range of chemicals for which cGMP cannot be determined in a “one-size-fits-all” approach, Moore adds.

Guy Villax, chief executive officer of the drug chemical maker Hovione and chairman of Rx-360, also likes the ANSI and Excipact standards because they illustrate industry’s commitment to quality beyond compliance with regulation. “There is a lot of flurry around excipients, and interestingly, it is not regulator-driven,” he says. “It is the excipient industry trying to improve standards outside the regulator realm.”

Scott agrees but laments that it has taken so long for a collective effort to arise. “I think the Western world has to grow up when it comes to the quality of pharmaceutical materials,” he says. “The API world is satisfied on how to do it. The excipient world is not. They need to wake up to the fact that this is something they have to take seriously.”

Safety
FDA Needs To Engage In Positive Re-enforcement
Business
Securing The Bulk Of The Drug Supply Chain
Business
Drug Standards Sought
Share X
To send an e-mail to multiple recipients, separate e-mail addresses with a comma, semicolon, or both.
Title: Industry Advances On Excipient Safety
Author: Rick Mullin
Chemical & Engineering News will not share your email address with any other person or company.