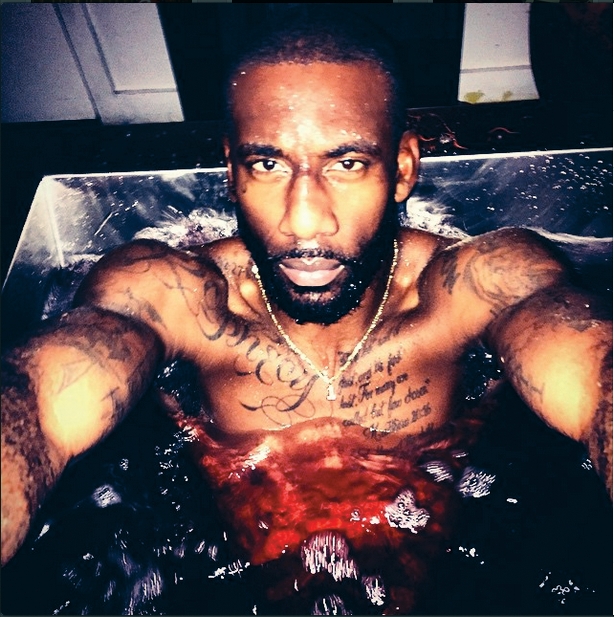 It’s not unusual for athletes to dip into viniculture. Those who prefer their wine bottles like their Wheaties boxes—emblazoned with sports stars—can choose from a fine selection, including vintages from golf legend Arnold Palmer and hockey’s great one, Wayne Gretzky.

But NBA big man Amar’e Stoudemire took mixing wine and sports to a new level when he recently shared a photo of himself soaking in a tub full of Spanish vino. Although the picture thrust wine baths into the public spotlight, they and other forms of “vinotherapy” have been around for decades.

Proponents claim that wine’s antioxidants are good for the skin, but Andrew L. Waterhouse, a professor of enology at the University of California, Davis, isn’t sold on the idea. Skin cells provide a pretty effective barrier against wine’s phenolic antioxidants, he says.

Cosmetic chemist Randy Schueller likewise finds the claim dubious. “Does this really benefit your skin?” asks Schueller, who cofounded the Beauty Brains website. “I doubt it.” Antioxidants are effective at fighting sun-induced damage in skin, but people are better off using a cream or lotion that will stick around for a while, he says.

Stoudemire soaked for half an hour in his Red Wine Ritual at Aire Ancient Baths New York and then rinsed off in water. In this case, the phenolics probably don’t offer lasting protection, Schueller says.

Before we pull the plug on wine baths, however, government-certified wine chemist Brenda Baker of Baker Wine & Grape Analysis, in California, points out that wine’s acidic pH would exfoliate skin. Still, there are plenty of exfoliants out there that cost much less than a $500 wine dip, she says.

The Newscripts gang does have good news for readers with a penchant for unorthodox alcohol experiences and efficiency. In December, Irish inventor Charles Russell earned a U.S. patent (US 8899281 B2) for a beverage-dispensing system that fills cups from the bottom.

LIGHTNING ROUNDS
Bottoms Up can also speed up the serving process, as shown in this video.
Credit: GrinOn Industries

Russell’s invention uses a nozzle to deliver a pressurized carbonated liquid—henceforth, beer—into cups with resealable holes at their bases. The hole contains a nonreturn valve allowing beer to flow in, but not out. 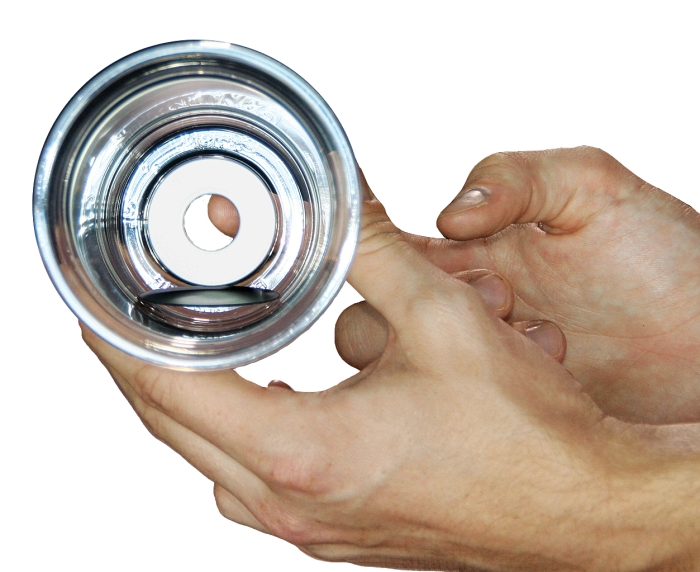 This removes the element of human error from beer pouring, says Kyle Johnson, director of sales and marketing for GrinOn Industries. GrinOn references Russell’s patent in its patent for the Bottoms Up beer dispenser (US 20110121020 A1). Both inventions are designed to replace the conventional tap used to pour draft beer. Russell’s idea for a nonreturn valve is a silicon membrane, while Bottoms Up uses a magnetic gasket to reseal a cup.

“Everyone’s seen a bartender just blasting beer foam over the side of a pint glass,” Johnson says. Some bartenders blast because they’re inexperienced; others do it because they think it looks cool, he says. “But it’s not cool. It wastes beer.”

Bars lose about 30% of every keg to sloppy tap work, Johnson tells Newscripts; a bottom-filling device all but eliminates this wasteful party foul. Further, the foam head on beers from the Bottoms Up dispenser comes from the natural bubbling of the carbon dioxide within the beer, rather than air trapped during the pour, he says. This means the head, which enhances a beer’s aroma and flavor, lasts longer.

These inventions flip the world of draft beer upside down. Change can be scary, but beer lovers need not fret. Per Russell’s patent: “The beverage is consumed by a user through the mouth of the vessel in the usual manner.”

Fermentation
Carbon capture for craft beer, and liquor from whey
Biological Chemistry
What’s champagne and how do you preserve its precious fizz?
Process Chemistry
Helium Beer, From Prank To Tank
Share X
To send an e-mail to multiple recipients, separate e-mail addresses with a comma, semicolon, or both.
Title: Wine Baths, Beer Flow Reversal
Author: Matt Davenport
Chemical & Engineering News will not share your email address with any other person or company.