Hazmat Trains Ordered To Slow Down In Cities

[+]Enlarge
Credit: Shutterstock
A series of explosive accidents has led to new federal restrictions on the transport of flammable liquids by rail. 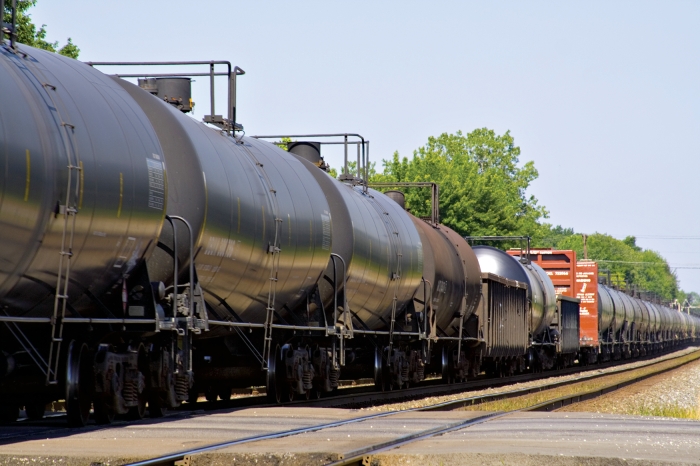 Credit: Shutterstock
A series of explosive accidents has led to new federal restrictions on the transport of flammable liquids by rail.

The Department of Transportation (DOT) has issued an emergency order requiring freight trains carrying crude oil, ethanol, and other flammable liquids to limit their speed to 40 mph when passing through highly populated urban areas. The restriction applies to high-hazard flammable trains, which are defined as trains that haul either 20 or more tank cars linked together or 35 cars in total that contain “Class 3” flammable liquids. That category includes crude oil, ethanol, oil-based paint thinners and removers, and solvents. “This order is necessary due to the recent occurrence of railroad accidents involving trains transporting petroleum crude oil and ethanol and the increasing reliance on railroads to transport voluminous amounts of those hazardous materials in recent years,” the notice states. The White House is currently reviewing a proposal from DOT that would require the development of a more protective type of tank car for transporting oil and other flammable liquids. A draft of the rule calls for tank cars with a thicker steel shell and better brakes. The final rule is slated for release next month.