Materials: Printed structures could have applications in energy storage and tissue regeneration 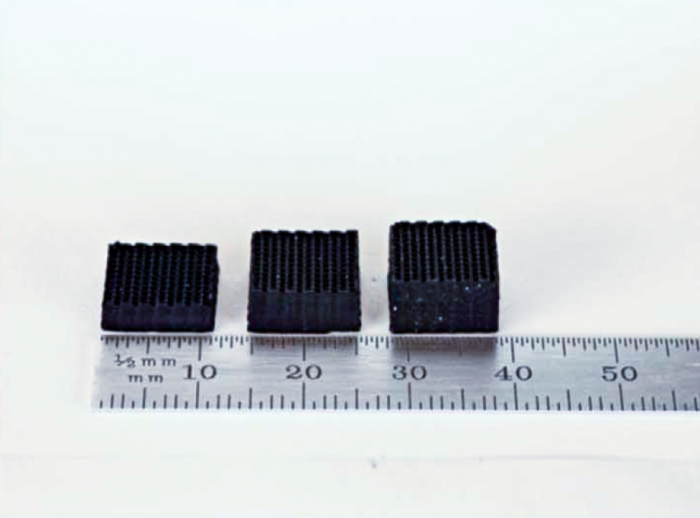 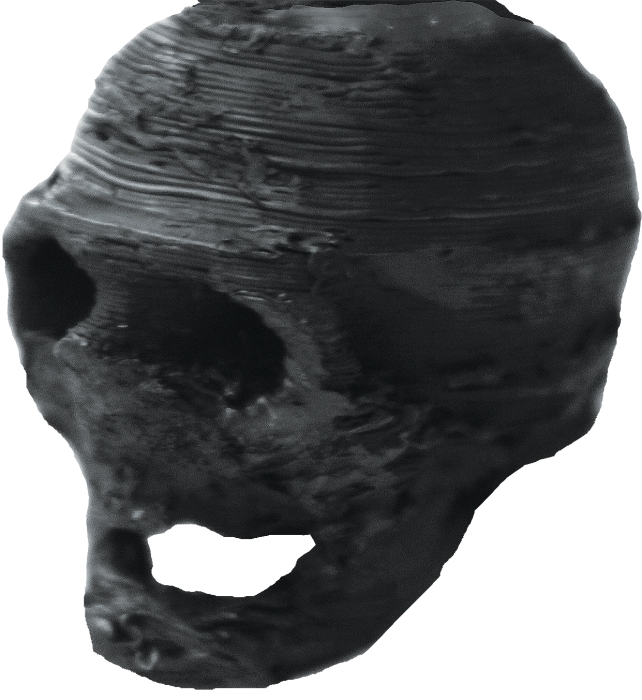 These are not the first examples of graphene inks. However, scientists are still searching for formulations that fully capitalize on the atomically thin material’s remarkable properties. For example, some existing inks sacrifice mechanical properties for high electrical conductivity.

“We were really trying to avoid making compromises,” says Marcus A. Worsley, who led the Livermore researchers along with his colleague Cheng Zhu. Their goal was to devise a 3-D printing process that allowed conductive flakes to controllably coalesce and ultimately form aerogels: spongelike materials that are about as light as air yet mechanically robust.

Their ink contained water, graphene oxide flakes, silica filler particles, and a gelation agent, such as ammonium carbonate. By printing the ink in a bath of isooctane, the team prevented the ink from drying and gave the gelation agents time to fix the flakes into a porous framework.

Once the printer finished, the team replaced the isooctane with air, etched away the silica, and was left with supercompressible aerogels with large surface areas and good conductivities, Worsley says. These properties make the aerogels attractive for batteries, capacitors, and hydrogen fuel cells.

Instead of printing into a solvent bath, the Northwestern team, led by Ramille N. Shah, used several solvents in its graphene ink, along with a biocompatible elastomer.

One of the ink’s solvents, dichloromethane, evaporated quickly to fix a printed layer in place. But the remaining solvents, 2-butoxyethanol and dibutyl phthalate, evaporated at a slower rate and kept that layer wet enough to adhere to the next layer printed on top of it.

After the ink dried, two components remained: graphene flakes and a polymer called polylactide-co-glycolide. This allowed the team to print flexible scaffolds that could be cut to size and sutured into living tissue to support cell growth and tissue regeneration without eliciting any severe immune response, Shah says. The conductivity of the scaffolds also appears to facilitate cell signaling and differentiation, she adds, but the long-term health effects of such implants still needs to be evaluated.

Developing 3-D printable graphene inks is an important undertaking, clearly evidenced by the attention it’s now receiving, says Esther García-Tuñon Blanca, a materials researcher at Imperial College London who was not involved in either study. “The more research groups working with it, the sooner we all find out the actual potential graphene has in everyday life.”

Start the slide show to learn more about how researchers are bringing an atomically thin material to the macroscale.