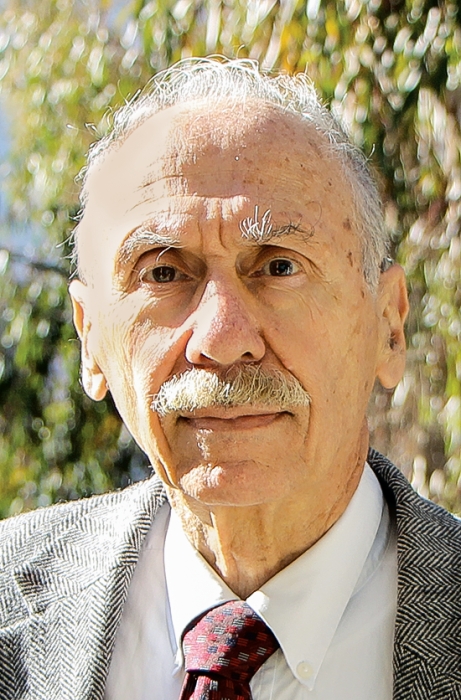 Sponsored by the ACS Northeastern Section

When most people think of San Diego, they envision surfers, shorelines, and sunshine. But back in 1964, Charles L. Perrin saw a great challenge in the California city.

Perrin, a Pittsburgh native, was only a year removed from earning his doctorate at Harvard University when he joined the chemistry faculty at the recently established University of California, San Diego. He left nearly everyone he knew back East to help build a curriculum and a community within the fledgling department.

Fifty years later, it’s easy to say Perrin has conquered that challenge. He’s still teaching and researching physical organic chemistry at UCSD, but he concedes that he might not be fully adjusted to the city’s laid-back lifestyle. “I still wear a coat and tie to work,” he says. “But I’m happy not to have to shovel the driveway.” He also enjoys being able to walk or bike to campus year-round.

At 76, Perrin has no plans of retiring, but he prefers to think of himself as 24 (Celsius). He intends to keep on doing what he has loved for the past five decades: investigating molecular structure and its influence on chemical reactivity.

“Perrin’s studies provide a lasting basis for understanding some of the most basic issues in organic chemistry,” says Stanford University’s John I. Brauman, who won the award in 1986. “His work is the kind that becomes part of the standard textbooks and the basis of how we think.”

For instance, Perrin outlined the mechanisms of proton exchange in amides, which helps researchers understand the structures of proteins and how they fold. He has developed methods for using nuclear magnetic resonance to study kinetics. And he succeeded in synthesizing malonic anhydrides, molecules that eluded organic chemists for the better part of a century. Perrin calls this synthesis “maddeningly easy” in a retrospective of his career published earlier this year, and notes that it was carried out by Thomas Arrhenius, an undergraduate at the time and the great-grandson of Chemistry Nobel Laureate Svante Arrhenius, namesake of the famous equation relating reaction rates to temperature.

This list is nowhere near exhaustive, and Perrin continues to add to it. “I’m still solving puzzles,” he says, searching for answers to questions about the origin of isotope effects and how he can tickle molecules to get at subtleties of their structures. “Not big questions, but fundamental ones,” he says, “We’re just trying to understand how molecules work.”

Out of all of his accomplishments, Perrin considers his proudest achievement to be building a family with his wife, Marilyn H. Perrin. The two met in graduate school and recently celebrated their 50th wedding anniversary. He credits her with helping him through all the troubles and uncertainties he faced, including the adventure that first brought him to San Diego.

The Perrins have two sons, one a physician and the other a professor of organic chemistry at the University of British Columbia, in Vancouver. They also have three grandsons, who are starting to take interest in things like stars, insects, and dinosaurs. It’s too soon to be sure, but Perrin says, “I think they may become scientists.”

Perrin will present his award address before the Division of Organic Chemistry.