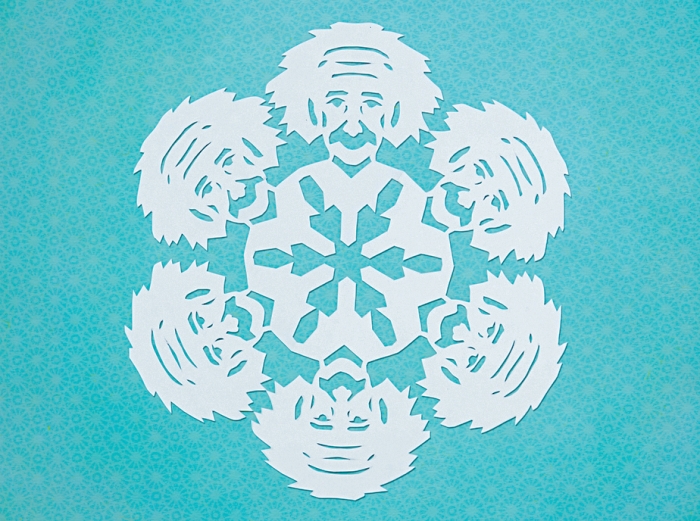 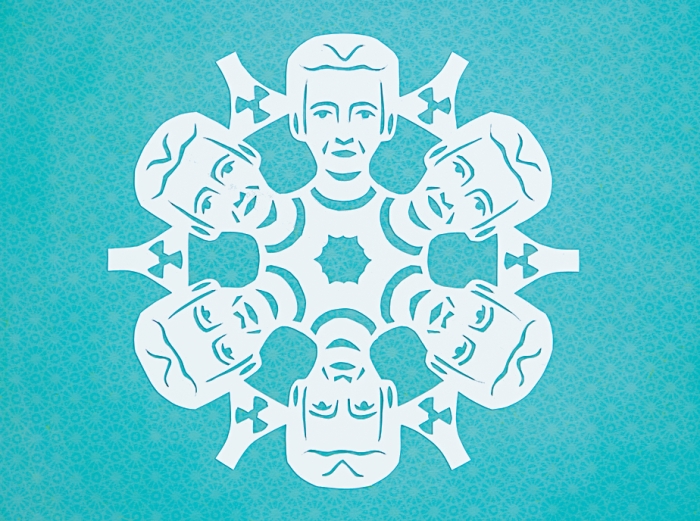 Al and Marie: Symmetry,﻿ the online magazine about particle physics, offers downloadable templates to make paper snowflake cutouts of Einstein and Curie for the winter season.

Who knew that Albert Einstein, he of Brownian motion, photoelectric effect, and relativity fame, gave advice to Marie Curie on dealing with tabloid trolls of the day? “Don’t read that hogwash, but rather leave it to the reptile for whom it has been fabricated,” Einstein penned in a letter to Curie in November 1911.

Curie was being criticized in the press for having trysts with a colleague, which was amplified by her being a woman scientist and an agnostic (or maybe she was a Jew, some suspected). These factors appear to have derailed her election to a seat in the French Academy of Sciences. All this despite just having won a second Nobel Prize for her pioneering work on radioactivity.

“I am convinced that you consistently despise this rabble, whether it obsequiously lavishes respect on you or whether it attempts to satiate its lust for sensationalism!” Einstein added.

The reason we now know this is that Princeton University Press, working with the Einstein Papers Project hosted at Caltech, has made available free online more than 5,000 documents from Einstein’s early career in their original language and translated into English. The ongoing project will eventually include all of Einstein’s written legacy—more than 30,000 documents.

Einstein had written to Curie of his own volition, offering praise of her research and moral support. The scandal he referred to was that the widowed Curie was reportedly having an affair with physicist Paul Langevin, who was married but estranged from his wife. The critics asserted that Curie had tarnished the name of her husband Pierre—her lab mate and co-Nobel Laureate—who had died five years earlier.

Speaking of shielding yourself, or more precisely, covering your backside, the Innovation Institute at Henry Ford Hospital, in Detroit, has come up with a new hospital gown. The Model G, as it’s called, doesn’t resemble a G-string by any stretch but rather is a double-breasted wraparound robe that completely closes in the back and front. The designers have named the new garment in tribute to hospital founder Henry Ford’s innovative Model T automobile.

The Model G is smartly styled, with different-colored trim and stitching along the sides so it’s easy to figure out how to put on. The gown is tailored to fit a variety of patient sizes from the petite to the heavyset, and it’s made of a thicker cotton-poplin blend material than normal gowns to keep patients warmer. In addition, the design trades hard-to-reach ties for adjustable snaps on the front and along the shoulders, making the gown accessible for stethoscopes, IVs, and other medical paraphernalia.

The new gown is ideal for in-room entertaining or for popping into Radiology for a quick MRI or CT scan. No need to look for your regular clothes if you want to go AWOL for something heartier to eat than Ensure or Jell-O. 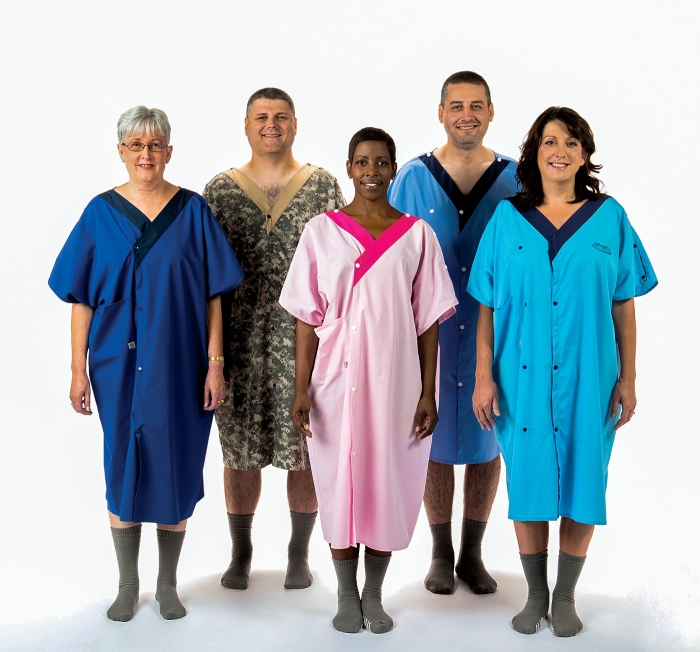 The concept for the Model G began with an idea from students at the College for Creative Studies, in Detroit, who collaborated with the Innovation Institute to take a fresh look at items throughout the hospital and offer feedback for improvement, especially in the area of aesthetical pragmatism. The approach offers chemists and chemical engineers an object lesson in redesigning old standards.

The gown has been tested in clinical trials, with a majority of patients giving it a thumbs-up for the no-drafty-backside design. The Henry Ford Health System is working with Detroit-based Carhartt, a maker of rugged clothing for work and play, to begin manufacturing the gown.

Employment
Jealous of your peers? How to stop comparing yourself to others
Education
Back To The CoffeeHouse
Education
Hands-off Parenting, The Dietetics Of Dreaming
Share X
To send an e-mail to multiple recipients, separate e-mail addresses with a comma, semicolon, or both.
Title: Nobel Advice, Covering Your Backside
Author: Stephen K. Ritter
Chemical & Engineering News will not share your email address with any other person or company.