[+]Enlarge
Credit: Courtesy of Erin Smith
Earthly: Would you wear this fungus gown to your wedding? 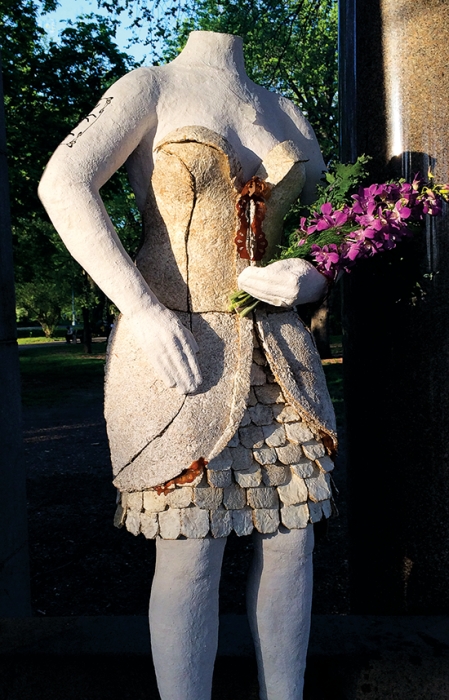 Credit: Courtesy of Erin Smith
Earthly: Would you wear this fungus gown to your wedding?

Satin, silk, and lace may be mainstay materials of wedding dresses, but materials designer Erin Smith hopes brides will consider gowns made of fungus. In fact, she bets that once ladies get over the ick factor, the dresses will actually grow on them—quite literally.

Because Smith’s fungal frock is actually a living organism, after it’s been worn, it can return to the earth. “Instead of hanging in your closet and taking up space, it could go into your garden,” Smith tells Newscripts.

Smith came up with the idea for this biodegradable dress when planning her own wedding early last year. While dress shopping, she couldn’t get over how expensive it was to purchase a dress that she’d only wear once.

So for her master’s thesis in design and fabrication at New York University, Smith purchased a material loaded with mushroom spores from Ecovative Design, which is growing mushroom materials for use in packaging (C&EN, Oct. 6, 2014, page 22).

It took Smith about a week to grow the sheets of mycelium, which became the fabric for the dress. She lightly baked the material to prevent the mycelium from continuing to grow.

The entire dress cost Smith less than $40 to make. Unfortunately, it wasn’t completed in time for her wedding, so she wore a $10 dress from a thrift store instead.

Speaking of dresses, one company is setting out to change the way we think about what little girls like to wear. Instead of the perennial parade of rainbows and flowers, let them wear dresses with dinosaur and robot prints or even fabrics featuring pi and the periodic table, if they so choose. 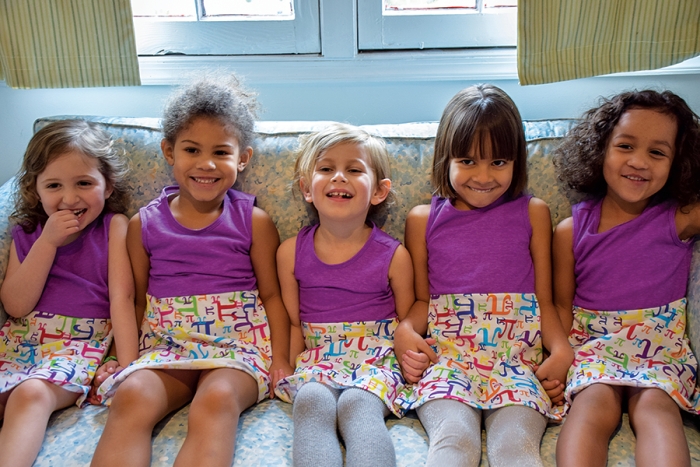 The concept behind the company, Princess Awesome, is to create clothing for girls that’s more representative of their full range of interests, including math and science. “We want girls to know that there’s nothing mutually exclusive about femininity and science,” says Rebecca Melsky, cofounder of Princess Awesome. “We want to help all kids, girls and boys, see that things like dinosaurs and pirates and math and science are not gendered.”

Princess Awesome is not trying to create gender-neutral clothing, however. Their collection consists mainly of dresses for girls. “We’re trying to make these topics more gender neutral,” Melsky tells Newscripts.

She came up with the Princess Awesome concept while shopping for dresses for her daughter. “If you go into any mainstream clothing store, a girl would have to choose the pink frilly thing on the girls’ side or the dinosaurs on the other side,” Melsky notes. “We want to say, ‘No, we don’t agree with that choice. We think you can have it all.’ ”

Melsky and her friend and business partner, Eva St. Clair, launched a Kickstarter campaign to fund the dress business with a goal of raising $35,000. “We made our goal within three-and-a-half days,” Melsky says. The campaign ended up raising more than $215,000.

Among the dress patterns currently available for preorder are ones with the pi symbol and ones with atomic shells. Melsky and St. Clair hope to branch out to include other math and science patterns, such as one featuring the periodic table of elements.

The dresses retail for $50 and will be available for purchase starting in August at www.princess-awesome.com. Melsky hopes the dresses can help parents share their love of math and science with their kids and spark some interesting conversations.

Computational Chemistry
Smart speakers compete in a science showdown
Energy Storage
Adventures with the periodic table
Education
Creating Chemistry Creatures, Irresponsible Science For Kids
Share X
To send an e-mail to multiple recipients, separate e-mail addresses with a comma, semicolon, or both.
Title: Biodegradable Wedding Gowns, Girls’ Dresses In Patterns Of Pi
Author: Linda Wang
Chemical & Engineering News will not share your email address with any other person or company.