Holograms Help To Power Up Microbatteries 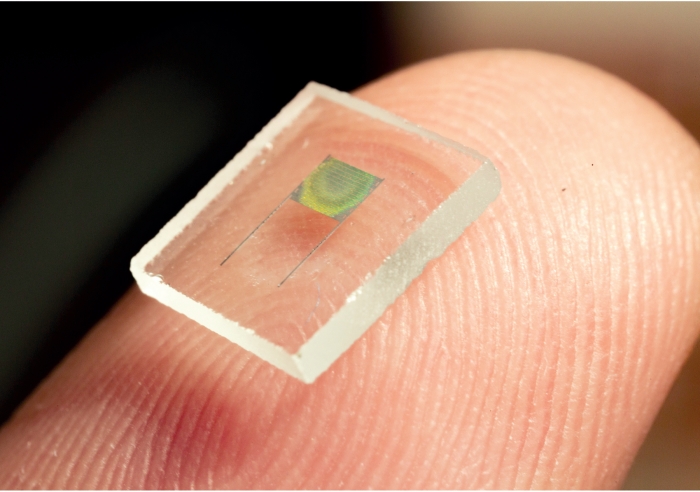 As engineers continue to shrink the size of electronics, they stoke a growing demand for miniaturized power supplies. Although researchers have already created millimeter-sized microbatteries, these generally fail to store sufficient energy or produce enough power for devices. 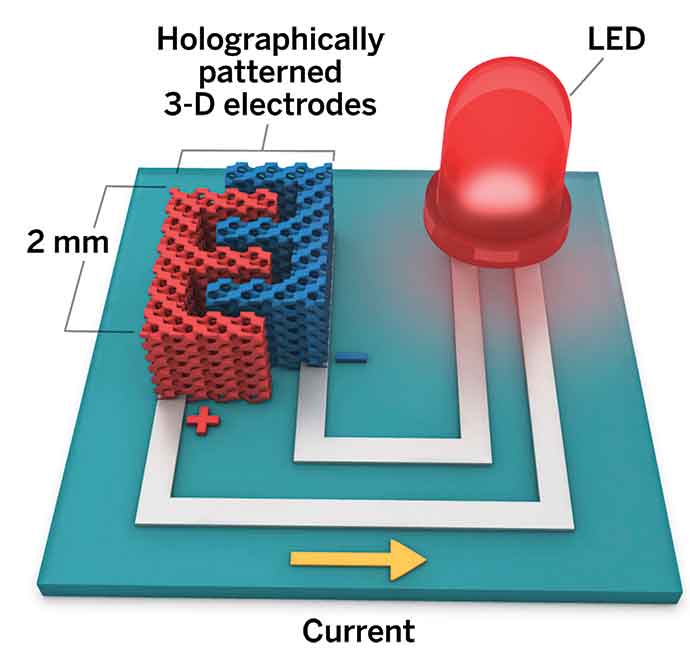 Engineers at the University of Illinois, Urbana-Champaign, recently demonstrated that porous, three-dimensional electrodes can boost a lithium-ion microbattery’s power output by three orders of magnitude. But the team, led by Paul V. Braun, lacked a simple, reliable way to optimize their electrode structure. Braun’s team has now used holograms, which are the 3-D interference patterns of multiple laser beams, to precisely create porous blocks in light-curable polymers (Proc. Natl. Acad. Sci. USA 2015, DOI: 10.1073/pnas.1423889112). They then used these blocks as scaffolding to build electrodes.

The hologram process is compatible with conventional 2-D photolithography, a stalwart of the microelectronics industry, Braun says. The team electroplated the resulting polymer structures with nickel and then dissolved the polymer, leaving porous metal electrodes.

The researchers then coated their cathodes with lithiated manganese oxide and their anodes with a nickel-tin alloy. After adding a drop of electrolyte, they sealed the device using elastomer and resin.

These finishing steps can add cost and bulk to a microbattery, which is not ideal, notes Daniel Brandell of the Ångström Advanced Battery Centre at the University of Uppsala, in Sweden, who was not involved in the study. “Nevertheless,” he says, “the work demonstrates that high power density can be achieved for 3-D microbatteries, which is one of the ultimate goals of this field.”

But the team believes the takeaway from its study should be the holographic electrode design, rather than the batteries themselves, says Hailong Ning, a lead researcher in Braun’s group. The patterning technique puts few restrictions on the electrode materials used in the battery, he says. “There are other chemistries to explore.”