After one company’s debacle, Chinese and Indian firms with sound business plans gain traction in the U.S. 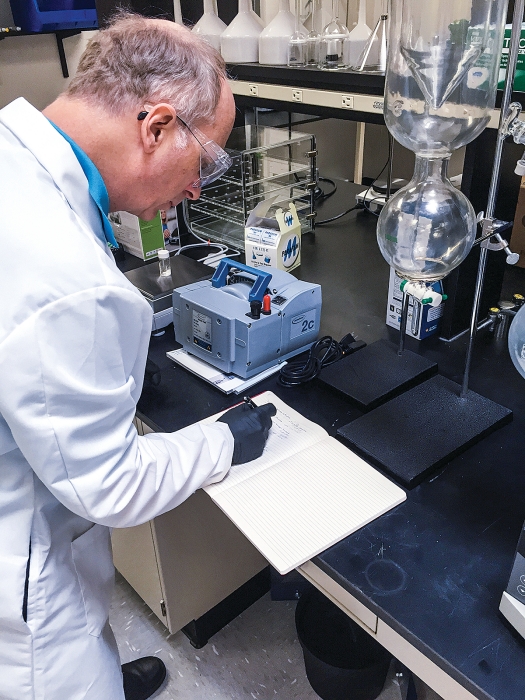 In the parlance of Internet clickbait, a little-known Chinese drug company called UniTao Pharmaceuticals scored an “epic fail” earlier this year. At the apparent crest of a coming wave of Chinese pharmaceutical chemical investment in the U.S., UniTao paid $22.5 million for a shuttered Boehringer Ingelheim plant in Petersburg, Va., last year, only to issue a statement in March explaining that it won’t reopen it after all, at least until market conditions improve.

The purchase was propelled by a shift in the business climate in China, where operating costs and regulatory enforcement are on the rise. Seeing their traditional low-cost advantage dwindle, Chinese companies, with money to spend and an interest in proximity to Western customers, have had feelers out for opportunities in the U.S.

It’s evident from UniTao’s about-face that such firms need something like a real business plan if they want to get a permanent foot on the ground in the U.S. They may want to take a page from the book of two India-centric firms that have decent plans of their own.

UniTao, a division of Shanghai Tenry Pharmaceutical, was overly optimistic in its plans to launch in Virginia, according to James Bruno, head of Chemical and Pharmaceutical Solutions, who has consulted with Chinese firms looking to enter the U.S. market.

“When you buy a plant and you have absolutely no products and no business and you can’t use any of the business that is already in place, it’s kind of hard to generate money quickly,” he says. “I think they grossly overestimated how fast they could get into business.”

The company’s failure to launch may have registered as a cautionary tale in China, where exploratory forays have tapered off since February. “I used to get calls once a week from people in China looking for U.S. assets,” Bruno says. “Now, it’s once a month.”

There is still some interest in the U.S. on the part of better-known Chinese firms. One of these is Porton, a pharmaceutical chemical firm with manufacturing in China and a sales office in the U.S. Oliver Ju, Porton’s chief executive officer, says Chinese companies in most industries are looking to take advantage of proximity to customers and access to U.S. management teams and quality systems. But they will need to prepare themselves, he says.

“Chinese firms need to go through the learning curve on how to complete a deal,” he says. “More important, they need to first build a qualified team able to manage and integrate the acquired operation in the right way.”

Porton, he says, has its eyes open for U.S. opportunities in both research- and commercial-scale manufacturing. The same is true of some companies with manufacturing in India, two of which have already made investments.

According to Needleman, it makes more sense to add contract research and small-scale non-cGMP manufacturing in the U.S. than in India. “Innovation is coming primarily from the U.S.,” he says. “We wanted to be where pharma development happens, and we thought it would be easier for clients to come see their work being done than to have to work with the distance.”

At Laurus Synthesis, 12 bench chemists work in a building that had been occupied by Excelimmune, a biotech firm that went under two years ago. “We have a long-term lease, and we’ve made a significant investment in equipment,” Needleman says. “We are in it for the long term.”

At CiVentiChem, the cGMP expansion will enable the company to supply U.S.-made active pharmaceutical ingredients for late-stage clinical trials and commercial launch, according to CEO Bhaskar Venepalli.

CiVentiChem, which made a modest investment to enter manufacturing four years ago, plans a $2 million expansion that will allow it to produce batches of up to 50 kg. The firm is also contemplating launching a controlled substance business in the U.S., Venepalli says.

Executives at CiVentiChem and Laurus agree that stories about pharmaceutical chemicals manufacturing gravitating back from Asia to the U.S. and Europe contain a healthy dose of hype.

“You hear mostly anecdotal stuff,” Laurus’s Needleman says. “I don’t see any client working in India and China coming back with a specific piece of work.” Drug and biotech companies putting projects out to bid still solicit bids from major companies in Asia, Europe, and the U.S., he says.

According to R. Anthony Laughrey, executive chairman of CiVentiChem, India and China still have a cost advantage for manufacturing large-volume generic drugs. “But a lot of drugs now are highly targeted,” Laughrey says. “They are high value because they are difficult to make, requiring difficult chemistry. Those are the types of drugs that don’t work well in China and India.”

Support services are basic to Laurus and CiVentiChem, just as they were to WuXi PharmaTech, a Chinese firm that, in a pioneering move in 2008, bought AppTec Laboratory Services, a St. Paul-based research and manufacturing company. More recently, India’s Piramal Enterprises acquired Coldstream Laboratories, a Kentucky-based manufacturer of sterile liquid and lyophilized finished drugs for clinical trials and commercial use.

Sources agree that such investments have a business rationale in common, one that transcends the notion of moving from Asia to the U.S. Bruno, the consultant, notes that Laurus’s investment mirrors a European firm’s U.S. strategy of more than a decade.

“I used to call it the Hovione model,” he says, referring to a Portuguese pharmaceutical chemical company that opened a research services and small-scale manufacturing operation in New Jersey 12 years ago. “Hovione put a tech service center in the U.S. to be close to customers, developing products here and transferring them to the facility in Portugal. It sounds like that is Laurus’s plan, at least in the short term.”

As for Chinese investors, Bruno still sees some potential buyers studying options, but with a little more care than had been evident earlier in the year. “I think the UniTao deal scared a couple of people away,” he says.