Back To The CoffeeHouse

CLARIFICATION: This article was updated on June 4, 2015, to add the name of the coorganizer of the Entertaining Science event.

On a Sunday evening earlier this month, the basement performance space of the Cornelia Street Café in New York City resonated in candlelight to the gonging of glass and metal objects held over the heads of patrons by Katie Down, a music therapist. On stage, her colleague, Luana DeAngelis, percussed other gongs and spoke of healing powers of sound.

In the front row sat the evening’s host, Roald Hoffmann, a chemistry professor at Cornell University. As far from a chemistry lab as the café basement seemed to be, the recipient of the 1981 Nobel Prize in Chemistry was clearly in his element.

Hoffmann with the assistance of coorganizer David Sulzer, a Columbia University neurologist, has been hosting Entertaining Science, a monthly meeting of science and the arts, at the café for over a decade. He describes his science cabaret evenings as a haven for the humanities, a space where time is cast back to an age when poets and chemists swam in the same waters. 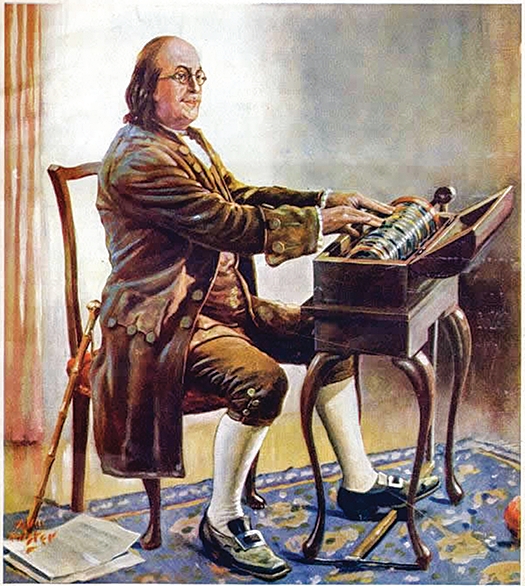 Percy Bysshe Shelley was another poet strongly drawn to science. He was constantly in trouble as a young boy for starting fires with experiments staged to scare his sisters. He also liked to electrocute them, electricity being all the rage when Shelley was a boy in the late-18th and early-19th centuries.

But poets’ predilections for science predated the Romantics. Charles Darwin’s grandfather, Erasmus Darwin, was a published poet as well as a physician and theorist on evolution. And his friend in the colonies, Benjamin Franklin, was a prolific writer and inventor with an interest in music. Franklin counted among his inventions the glass harmonica, a musical instrument that produces sound by means of friction against a graduated series of spinning bowls.

Going back, of course, we have Leonardo da Vinci, the archetypical artist and inventor.

Going forward, we have a problem. 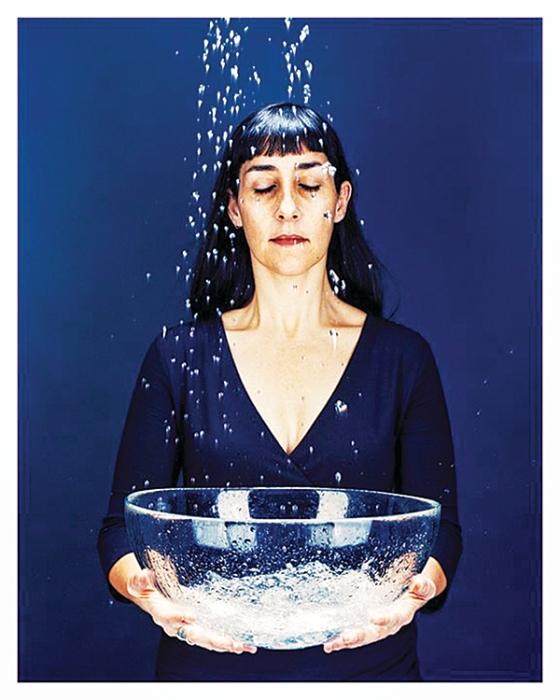 Credit: Coutesy of Katie Downs
New romantic: Katie Down brings back the resonance of glass objects.

A rift between science and the arts began tearing shortly after the younger Darwin’s trip around the world on the H.M.S. Beagle. By the mid-20th century, the two went their separate ways, with science solidifying its status as the rational arbiter of the truth.

Hoffmann is not alone, however, in keeping a candle lit for the Romantics. Just as the coffeehouses of England and its North American colonies were favorite meeting places of artistic science enthusiasts in Franklin’s time, cafés and cabarets such as Hoffmann’s have sought to reestablish a natural balance in cities like New York and Washington, D.C. For example, science writer Ivan Amato hosts the monthly DC Science Café at Busboys & Poets restaurant.

“I think there have always been people who have bridged the divide,” Hoffmann says. He cites his “poetry guru,” the late A. R. Ammons, who was an English professor at Cornell. “He was very well educated, especially in geology and biology, and used natural history and biological themes consistently in his work,” Hoffmann says.

It is the creative possibility of combining themes that makes Hoffmann’s cabaret nights well worth his effort. “For one day a month,” he says, “the world seems like it should be.”

People
Roald Hoffmann wins inaugural Primo Levi Prize
People
Obituary: Demet Gurel
Synthesis
Science On The Small Screen
Share X
To send an e-mail to multiple recipients, separate e-mail addresses with a comma, semicolon, or both.
Title: Back To The CoffeeHouse
Author: Rick Mullin
Chemical & Engineering News will not share your email address with any other person or company.