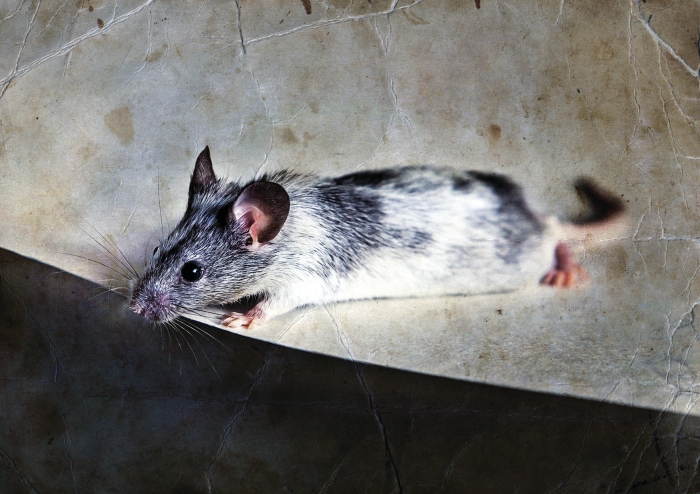 A new study contradicts a provocative theory that a protein found in young blood reverses some aging processes in older mice.

Scientists were excited by the discovery of a potential age-mitigating substance, reported in the past few years by Amy Wagers and colleagues at Harvard University. These researchers improved the heart, brain, and muscle function of elderly mice by attaching the rodents’ circulatory systems to those of young mice (C&EN, May 13, 2013, page 41, and May 12, 2014, page 29).

The Harvard scientists went on to identify protein growth differentiation factor 11 (GDF11) as the source of the rejuvenation, reporting that levels of this protein decreased as mice aged and that giving them doses of GDF11 improved muscle and nerve cell growth.

But the Harvard team may have been fooled by their immunoassays, says a Novartis group that also researches aging. That team reports that GDF11 levels do not decrease in aging mice (Cell Metab. 2015, DOI: 10.1016/j.cmet.2015.05.010). What’s more, the muscles of mice given doses of GDF11 deteriorate, rather than improve says team leader David Glass, executive director of the muscle diseases group at Novartis Institutes for BioMedical Research in Cambridge, Mass.

The Novartis researchers say they were prompted to test whether GDF11 has rejuvenating powers because the protein myostatin, which is almost identical to GDF11, has long been known to inhibit skeletal muscle growth. In fact, Novartis’s drug bimagrumab, which is currently in clinical trials, is an antibody designed to treat muscle wasting by blocking myostatin.

On the basis of their experiments, Glass and his group conclude that the Harvard researchers’ tests could not distinguish between myostatin and GDF11. Indeed, the lack of specificity among antibody reagents used in such immunoassays is an epidemic problem in biological research, scientists are realizing (C&EN, Feb. 23, page 39). The Novartis team also developed a GDF11-specific immunoassay and found that GDF11 did not decrease, and possibly even increased, as mice aged.

These disparate results are causing a dustup among researchers. In a commentary accompanying the Novartis paper, Caroline E. Brun and Michael A. Rudnicki, from the University of Ottawa, bluntly state, “Clearly, like the mythical fountain of youth, GDF11 is not the long-sought rejuvenation factor.”

But Wagers notes that the Novartis group used very different methodologies than her group, including the GDF11 dosage administered, in its experiments. She also says that GDF11 may exist in a number of different forms, some not detectable by certain assays.

Nevertheless, Wagers says, “we remain convinced that at least one form of GDF11 declines in blood with age, and that maintaining GDF11 levels in an appropriate physiological range is essential for muscle health.”

Her lab is gearing up for the next salvo. “We are looking forward to addressing the differences in the studies with additional data very soon,” she says.

Comments
John Read (June 1, 2015 12:47 PM)
If the Novartis statement proves correct - a very large 'if' - it leaves completely unexplained the dramatic regeneration displayed by mice in the study. So if not GDF11, something else in blood or plasma does.

And the statement "...myostatin, which is almost identical to GDF11..." has no practical meaning. Myostatin is roughly 80% similar. Chimpanzees genetics differ from human genetics by 1.2%. Does this mean chimps and humans are almost identical? Please! Small assay differences can produce extremely different results.
Reply »

I'm a little late to the party, but I thought I'd still post.

The new Novartis article isn’t disputing the parabiosis claims—it does seem like there is something present in the blood of young mice that may help with age-related problems in older mice. The new study only questions whether one of those factors is GDF11.

It’s not really a fair analogy to bring up the comparison between humans and chimpanzees, since similarities in proteins often translate to similarities in activity. Mature, active myostatin and GDF11 are actually about 90% homologous and, based upon prior literature, work through the same pathways inside cells.

That being said, to your point, the Novartis paper looked to see if there were any differences between the downstream targets of myostatin and GDF11 in muscle cells, since prior research may have actually missed the subtle differences. To do this, they performed a microarray, allowing them to look at how thousands of genes change following myostatin and GDF11 treatment. Surprisingly, they saw almost identical gene changes, meaning that both myostatin and GDF11 were causing the same gene changes in muscle cells. If GDF11 was, in fact, doing something unique, they should have been able to see some significant differences in that experiment.

As for differences in assays: it seems like the Novartis paper first (by their own admission in the article) started off by simply trying to replicate the data from the previous studies using the same assays that they used. Both prior assays were shown to not be specific to GDF11, since they could also detect myostatin (once again, due to their 90% sequence similarity). So they then developed a new, seemingly GDF11-specific assay. To their credit, they show all of their validation work (showing that their assay detects GDF11 and does not detect myostatin). Using this new assay, they show that GDF11 levels trend upward in rats and humans with age (or, if you think the data isn’t convincing, it at least does not show a decrease in GDF11 as the prior reports showed).

At the very least, if GDF11 levels do not decline with age, it calls into question the very premise of adding it back to older animals.
Reply »