Get Your B.S. In Chemistry In Japan 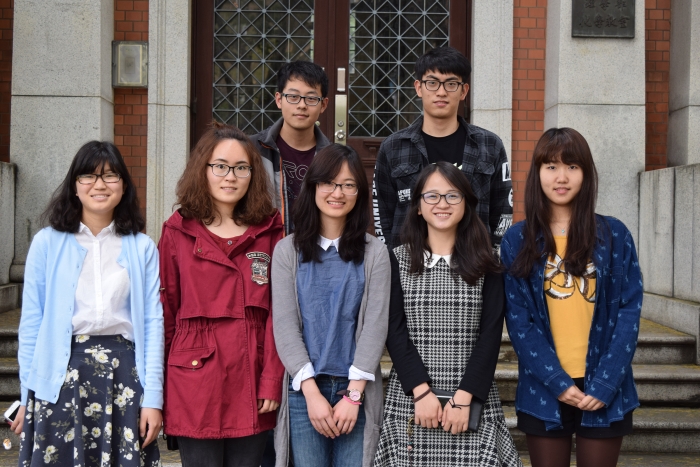 Japan’s declining population poses a challenge to the nation’s universities: how to feed the scientific research pipeline. The University of Tokyo offers one solution—the Global Science Course Undergraduate Transfer Program at UTokyo’s School of Science.

Launched in 2014 in the school’s chemistry department, the program seeks to attract foreign undergraduate students to help offset a rapidly declining population. With Japan’s negative population growth, universities will have difficulty recruiting high-quality students at home, says Kaoru Yamanouchi, the school’s vice dean and the program’s coordinator. “The only way to maintain the numbers of good students,” he says, “will be to bring foreign students who are very eager to learn.”

Applicants must have completed their first two years of tertiary education outside Japan, demonstrate English proficiency and basic knowledge of undergraduate-level science, and have earned 62 credits before enrollment. Japanese proficiency is not required because all third- and fourth-year chemistry courses are taught in English.

Students in the program receive free housing for two years and a stipend of about $1,260 per month during the school year. Tuition, which costs about $6,000 per year, can be covered by the stipend if students manage their expenses well, Yamanouchi says. By contrast, U.S. university tuition can range from $10,000 to $60,000. To facilitate adapting to life in Japan, student tutors are available to assist foreign transfer students. Participants also receive free Japanese language classes twice a week for four months, to help them with life outside the classroom.

According to the U.S. Central Intelligence Agency, Japan’s population in 2014 was slightly more than 127 million people and the growth rate was –0.13%. Unless the decline stops, the population could drop an additional 30% by 2060. The country is considering many ways to reverse the trend, such as incentives for citizens to have children and for foreigners to settle in Japan. In a small way, the UTokyo program hopes to contribute to the broader efforts.

Information about the program initially spread through personal contacts of faculty members. Acceptance was 100% for the first batch of applicants: six students from China and one from the U.S., who are now completing their first year of the program. As the program has gained attention, admission is becoming competitive. Yamanouchi says only 25% of applicants will likely make the cut for the second batch.

Time will tell whether the program suceeds, but the hope is to keep talented foreign students at UTokyo. “We have top-level science and laboratories,” Yamanouchi says. After the students graduate, he adds, “they may naturally consider it a good decision to continue studying here.”

Program participant Wenyu Liu had been studying at Fudan University, in Shanghai, and learned about the program from a professor who had just visited UTokyo. She says she applied for the chance to have new experiences and explore different customs and because of UTokyo’s reputation in chemistry.

What she finds most surprising about studying in Japan, she says, is the relaxed atmosphere. “The concept of hierarchy among the Japanese remains deeply in my mind,” she adds. “However, I find all the professors in Todai are nice and amiable.” Todai is the abbreviated name for UTokyo.

Another participant, Junhao Wang, came from the University of Science & Technology of China, in Hefei, Anhui province. Like Liu, he was drawn by UTokyo’s reputation. With the financial support and free lodging, he says, “I had no hesitation to apply.”

Studying at UTokyo “is an excellent experience,” Wang says. He marvels that each student in a lab course is supervised by one or two assistant or associate professors. “This kind of privilege will never be provided by other universities,” he says. Nothing is perfect, though. Wang, an avid basketball player, says basketball courts are few and mostly indoors.

Both Liu and Wang say they recommend UTokyo’s transfer program to other students. They also say they might apply to universities outside Japan for graduate studies, to explore other places and cultures.

Yamanouchi won’t mind if the transfer students leave UTokyo after completing their degrees. “As long as they have a good memory and a good experience, that will be good promotion for UTokyo,” he says.

The second batch of students will begin attending UTokyo in September. Applications for the 2016 admissions year will open online on Jan. 12, 2016.

Education
Pandemic strands graduate students and postdocs away from their labs
Postdocs
Chinese chemistry Ph.D. grads are forgoing U.S. postdocs
Careers
In China for a Western degree
Share X
To send an e-mail to multiple recipients, separate e-mail addresses with a comma, semicolon, or both.
Title: Get Your B.S. In Chemistry In Japan
Author: A. Maureen Rouhi
Chemical & Engineering News will not share your email address with any other person or company.

Maureen Rouhi (July 13, 2015 8:44 AM)
Hi Marjub,
The criteria are primarily grades. Go to the website for specific information.

erick otieno aliwa (June 7, 2017 5:33 AM)
is there scholarship for second years an international student
Reply »