Symposium will feature the latest advances in liquid-phase separations 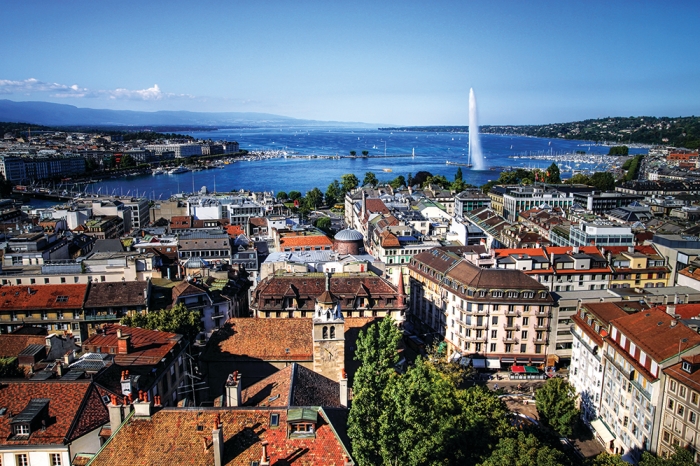 The 42nd International Symposium on High Performance Liquid Phase Separations & Related Techniques (HPLC 2015) will be held on June 21–25 at the International Conference Centre of Geneva.

These meetings, which began in Interlaken, Switzerland, in 1973, are an international forum for discussing high-performance liquid chromatography methods, along with separations techniques such as electrophoresis, electrochromatography, field-flow fractionation, and supercritical fluid chromatography.

Gérard Hopfgartner, a professor of analytical sciences and mass spectrometry at the University of Geneva, is chair of HPLC 2015. He says he hopes the meeting will build bridges between the topics covered and reinforce the contributions of young scientists in the field, who will be among the participants.

The scientific program will include plenary and keynote lectures, short courses, tutorials, and oral and poster presentations. As of C&EN press time, about 900 attendees are registered for the meeting.

In addition to the oral presentations, there will be eight plenary talks and 44 keynote presentations. The plenary speakers will be Peter Jenni of the University of Freiburg, in Germany, and the European Organization for Nuclear Research (CERN); Ruedi Aebersold of the Swiss Federal Institute of Technology (ETH), Zurich; Peter J. Schoenmakers of the University of Amsterdam; Jack Henion of Quintiles Bioanalytical and ADME Labs, in Ithaca, N.Y.; Detlef Güntherof ETH Zurich; Michal Holčapek of the University of Pardubice, Czech Republic; Robert Kennedy of the University of Michigan; and Guibin Jiang of the Research Center for Eco-Environmental Sciences of the Chinese Academy of Sciences.

More than 600 posters will be presented at the meeting. Ten posters will receive the Agilent Best Poster Award.

AWARDS. Several awards will be presented at the meeting.

Detlef Günther, a professor of chemistry and applied biosciences at ETH Zurich, will receive the Simon-Widmer Award of the Division of Analytical Sciences of the Swiss Chemical Society. The award honors distinguished scientists for their contribution to analytical science and the education of analytical scientists.

Amy E. Herr, an associate professor of bioengineering at the University of California, Berkeley, is the inaugural Georges Guiochon Faculty Fellow. The fellowship honors the memory of Georges Guiochon and recognizes his major contributions to HPLC, including his interest in fostering the careers of young people in separations science.

Mark R. Schure, chief technology officer of Kroungold Analytical, will receive the Uwe D. Neue Award in Separation Science. The award recognizes scientists who have made and continue to make significant contributions to the field of separations science.

Pavel Jandera,a professor of analytical chemistry at the University of Pardubice, in the Czech Republic, is the winner of the 2015 Chromatographic Society Martin Medal. The medal is awarded to scientists who have made outstanding contributions to the advancement of separations science.

The winner of the Csaba Horváth Award will be announced at the meeting. The award honors the contributions of Csaba Horváth to HPLC, including his interest in fostering the careers of young people in separations science and engineering.

People
Pittcon 2018 will feature the latest advances in laboratory science
People
Pittcon 2017 in Chicago
People
Young Innovator Award to Dan Huh
Share X
To send an e-mail to multiple recipients, separate e-mail addresses with a comma, semicolon, or both.
Title: HPLC 2015 In Geneva
Author: Linda Wang
Chemical & Engineering News will not share your email address with any other person or company.