U.K. Has Positive View Of Chemistry

WHERE CHEMISTRY STACKS UP 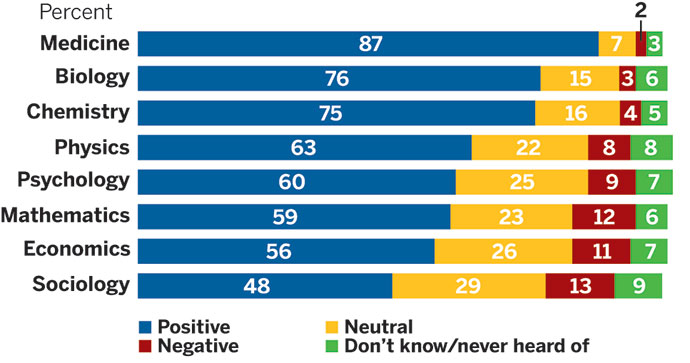 A total of 2,104 U.K. adults were asked, “What impact do you think ... has on our well-being?”
NOTE: Percentages may not add to 100% because of rounding. SOURCE: RSC’s “Public Attitudes to Chemistry”

A Royal Society of Chemistry (RSC) survey on attitudes toward chemistry in the U.K. has found that a majority of the general public is positive about the subject, especially the impacts of the chemical industry. The findings surprised U.K. chemists, more than half of whom thought that the majority of survey respondents would say all chemicals are harmful.

ATTITUDE
[+]Enlarge
A total of 2,104 U.K. adults were asked, “Which of the following describes how you feel about chemistry?”
NOTE: Percentages add to more than 100% because respondents were allowed to select more than one category. SOURCE: RSC’s “Public Attitudes to Chemistry” 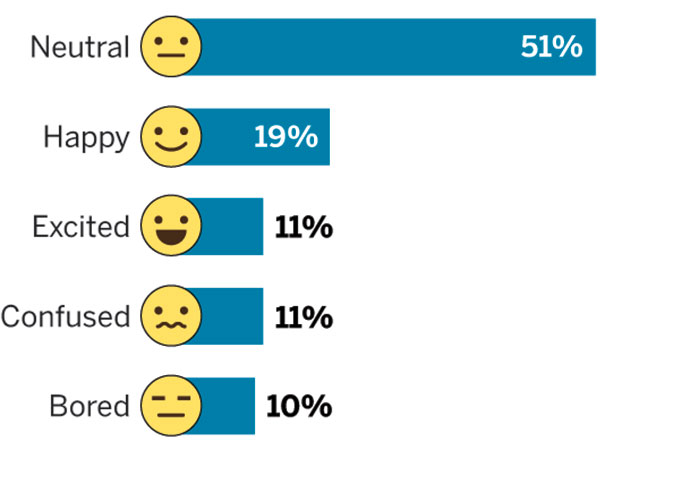 A total of 2,104 U.K. adults were asked, “Which of the following describes how you feel about chemistry?”
NOTE: Percentages add to more than 100% because respondents were allowed to select more than one category. SOURCE: RSC’s “Public Attitudes to Chemistry”

When asked, only one-third of U.K. chemists said that the public would have a positive view of their discipline. But the survey found that 59% of the public believes the benefits of chemistry outweigh the harm. Moreover, 79% of the British public believes chemistry contributes positively to society.

By way of comparison, a survey conducted in 2000 by the American Chemical Society—the publisher of C&EN—found one-third of U.S. survey respondents had an unfavorable opinion of chemical companies.

When a hypothetical chemical substance posed a danger to consumer health and safety, 54% of U.K. respondents said government regulators were to blame, 39% thought the companies that sold the substance were responsible, and only 14% said the chemists who discovered the substance were the most culpable.

A panel convened by RSC noted that U.S. survey data may vary because drugstore pharmacists in the U.K. are known as “chemists” unlike in the U.S. The benefits of drug discovery and medicine are more strongly associated with the chemical enterprise in the U.K. than are other research areas such as materials science and energy, they said.

A series of eight focus groups held as part of the U.K. survey revealed that low levels of engagement with chemistry may stem from people’s frustrating experiences in school with chemistry classes. People said such experiences could result in a lack of interest, though for some it elicited feelings of fear and insecurity.

When asked to rank their current engagement with or interest in chemistry, 43% of the public in the U.K. gave a low score. Participants said they did not view chemistry as personally relevant and lacked concrete examples of its applications. This makes it easier for negative attitudes and stereotypes to surface, according to the U.K. survey. For instance, negative stories on TV news often held sway on public attitudes about chemistry, it says.

To maintain the public’s trust, chemists also must step up and publicly take responsibility when there is a fire, explosion, or health problem caused by or related to chemistry, they said. Lower levels of trust (60%) were associated with chemists employed by industry in the U.K. than other sectors.

Finally, panelists noted that the overall attitudes of the U.K. public mean the field is wide open for better communication about the excitement and benefits of chemistry.

Regulation
US EPA needs to do more to uphold scientific integrity, internal watchdog says
Policy
Industry is too focused on applied research, chemists say in survey
Environment
About brains and looks
Share X
To send an e-mail to multiple recipients, separate e-mail addresses with a comma, semicolon, or both.
Title: U.K. Has Positive View Of Chemistry
Author: Steven K. Gibb
Chemical & Engineering News will not share your email address with any other person or company.