Mad Men Of The Chemical Industry 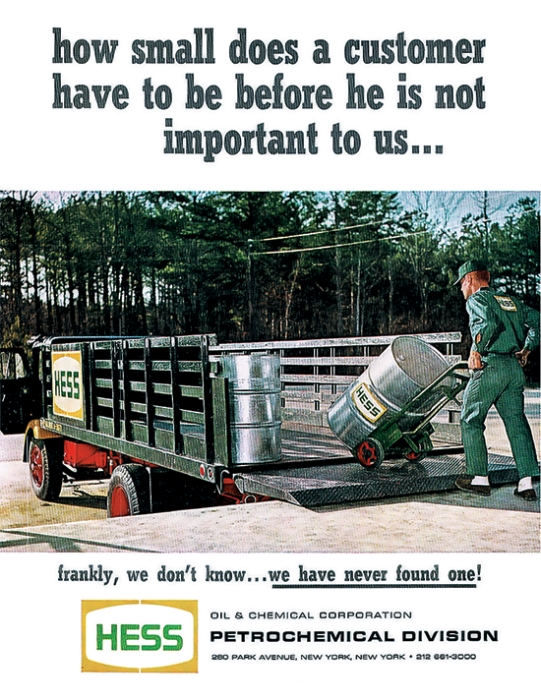 Back in 1970, U.S.I. Chemicals, a subsidiary of National Distillers, wanted to tell the world about its new vinyl acetate monomer plant, the largest anywhere. It took out a full-page advertisement in C&EN with an exquisitely painted railcar, filled to the dome with VAM.

The plant’s 300 million lb of capacity came on six weeks ahead of schedule—“as a matter of fact,” the spot proudly noted. It didn’t say where the plant was. The ad, however, directed inquiries to a 212 area code if readers wanted to request samples.

There are barely any chemical companies with headquarters in New York City anymore. Heck, when was the last time a chemical company also made bourbon?

This ad is a gem lurking in C&EN Archives. There are many like it. When C&EN prepared the archives in 2010, it included the ads. 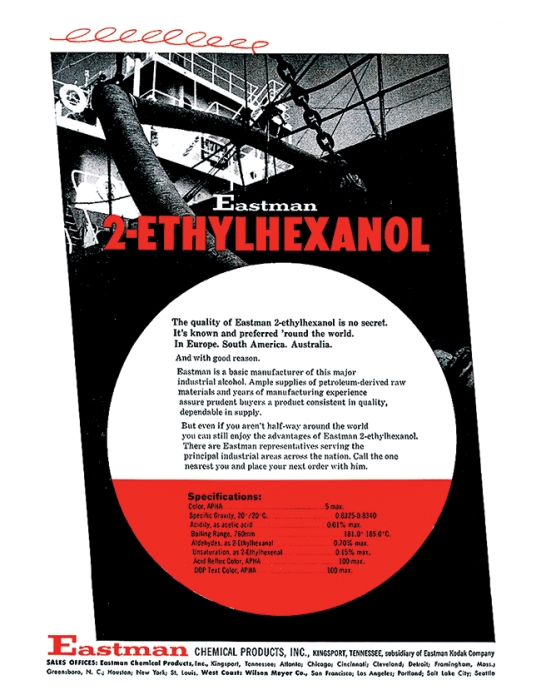 It is fortunate C&EN did. A lot of C&EN’s great journalism from the ’50s, ’60s, and ’70s chronicled the vast expansion of the young chemical industry. But the advertisements complete the picture of what that era in the chemical enterprise was actually like, plus they add a dash of charm and nostalgia to the magazine’s archives.

The U.S.I. ad was typical. Chemical companies had a fairly straightforward pitch to make: They had commercial quantities of a particular chemical available. They explained that prospects for the molecule were enormous. And then they propositioned the reader to call or send away for a sample.

“What Can Methocel Do For You?” Dow Chemical asked in 1950. Dow suggested uses as a thickener and a binder. Methylcellulose is still a major Dow business. And Methocel has since found very modern applications such as replacing gluten in baking. Eastman Chemical, in 1960, took out a full page for 2-ethylhexanol, still an important intermediate for the firm. The industry hasn’t changed very much in 50 or 60 years.

One sees in some ads rudimentary versions of the same rhetorical themes that remain in healthy circulation today. Mallinckrodt bought 10 pages in the April 15, 1963, issue under the theme “Covalent with the American Home.” Page after page showed pictures of a prosperous and immaculate early ’60s American abode and how it was made better by the firm’s stearates and gallotannins. “There’s scarcely a home untouched by the wonder of Mallinckrodt chemicals,” the copy promised. 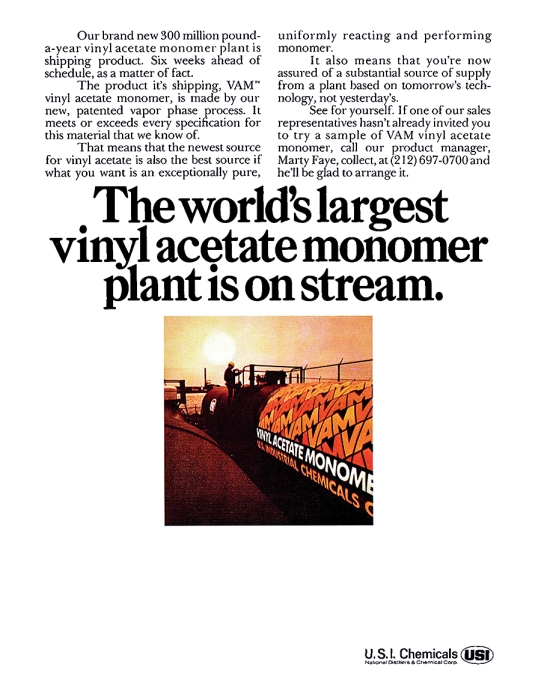 This idea that “chemistry is everywhere” is still a familiar refrain. It is an underpinning of modern image efforts such as the American Chemistry Council’s essential2, Dow’s Human Element, and BASF’s We Create Chemistry campaigns.

A Sinclair Petrochemicals ad from 1962, “How To Make a Mountain Out of a Molecule,” should also resonate with modern chemists. It pictured a heap of gadgets and toys—including, of course, a model dinosaur to hark back to its corporate trademark. “Molecules are tiny things, but the magic molecules of Sinclair Petrochemicals grow like crazy when you use them as ‘building-blocks,’ ” the copy declared. “In your hands, they can become a mountain of fast-selling items that mean extra profits for you.”

We hear a lot about building block chemicals today, usually when talking about foundational petrochemicals such as ethylene and benzene. But Sinclair made such molecules sound like new and exciting tools for creativity—less like bricks, more like Legos. That might be because, at the time, they were relatively new and exciting.

Materials
Lego Began Research On Switching To A Biobased Plastic
Policy
Readers Unhappy Over Polybags
Environment
Quotes Of The Year
Share X
To send an e-mail to multiple recipients, separate e-mail addresses with a comma, semicolon, or both.
Title: Mad Men Of The Chemical Industry
Author: Alexander H. Tullo
Chemical & Engineering News will not share your email address with any other person or company.