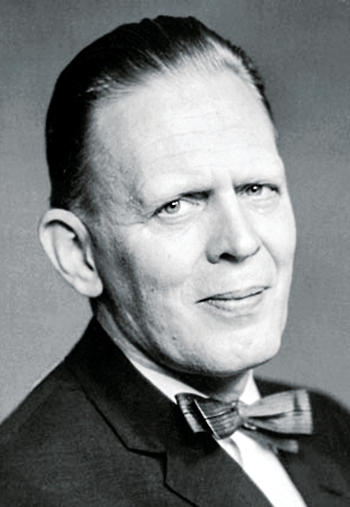 Börje Steenberg, 102, a professor of paper technology emeritus at the Royal Institute of Technology in Stockholm, died on Jan. 17.

Born in Stockholm, Steenberg received a Ph.D. in chemistry from Stockholm University in 1944.

He then served as an associate professor of physical chemistry at the institute until 1945, when he moved to the Swedish Pulp & Paper Research Institute.

In 1947, he returned to the Royal Institute of Technology, serving as a full professor of paper technology until 1979. Concurrently, from 1968 until 1974, he served the United Nations’ Food & Agriculture Organization first as director of its forestry division and later as assistant director-general.

In his work, Steenberg studied all aspects of papermaking R&D.

He received numerous accolades, including induction into the Paper Industry International Hall of Fame in Appleton, Wis., in 2001.

Steenberg was a member of many professional societies and an emeritus member of ACS, joining in 1946.

According to his colleagues, Steenberg was a curiosity-driven, determined scientist who had a heart for physical chemistry. They also remember him as an entrepreneurial soul, fantastic mentor, and demanding leader with a generous and helpful nature, a sharp intellect, and an aptitude for big-picture thinking.

Steenberg is survived by a son, a daughter, and two grandchildren. His wife, Elisa Hald, whom he married in 1940, died in 2010.