A Conversation With Alán Aspuru-Guzik 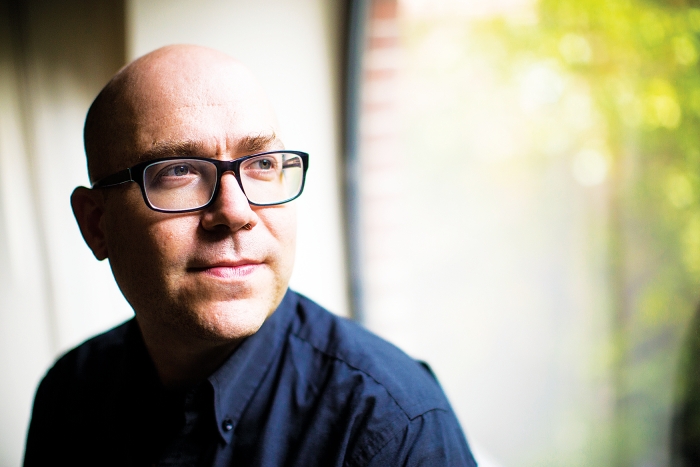 Alán Aspuru-Guzik is a professor of chemistry and chemical biology at Harvard University, where he applies quantum computing to chemical calculations and studies charge transfer in materials used for renewable energy. He founded the Harvard Clean Energy Project, the world’s largest distributed computing effort, to search for possible molecules for use in organic solar cells. Neil Savage recently spoke with Aspuru-Guzik about his love of computing and chemistry, as well as the role of open access science in solving big problems.

How did you end up mixing chemistry and computing?

When I was in junior high school, I represented Mexico in the International Chemistry Olympiad in Norway. That was very important because it made me realize how much I loved science and chemistry. At the same time, I was a computer hacker, which was fun.

So I’ve fulfilled my two goals that I had when I was a kid: hacking computers and learning chemistry. My group works at the interface of chemistry, applied mathematics, computer science, and physics. It is at the interfaces that we find the most interesting and most challenging research questions. We take an idea from one field and apply it to the other and vice versa, or grow new ideas from all these different fields.

Why apply quantum computing to chemistry?

Ultimately, all matter obeys the rules of quantum mechanics. If you want to find out, for example, whether a molecule will work for a battery, work for solar cells, or be a useful coating, you need to dig into the quantum mechanical properties of that particular material. Classical types of studies will not begin to even be able to address this question.

The problem is that solving quantum mechanical equations on a regular computer is too hard. If you have a molecule large enough, even if you have the largest supercomputer in the world, you cannot do it.

If you had a device that followed the rules of quantum mechanics for doing computations, you could in principle simulate matter exactly. We’ve been developing programs for quantum computers and using the early quantum simulators that are coming along to perform calculations for small molecules. Quantum computing has been picking up, and it’s not crazy to think that in the next few years, maybe in a decade, we will have quantum computers that perform very nontrivial chemistry calculations. Because a quantum computer can do exact calculations efficiently, you’ll basically put the classical computers into retirement.

While you’re waiting for quantum computers to mature, what are you doing to tackle the same problems through the Harvard Clean Energy Project?

We’ve run approximate calculations on donated computer time from many people around the world. We’re talking about literally hundreds of millions of calculations done over tens of thousands of years of computer time through the IBM World Community Grid. The idea is to find new molecules for organic solar cells. These devices promise to be low-cost, useful applications for developing countries where there is no electrical grid. We’ve ranked a list of about 75,000 molecules that could be very good for making solar cells, and we’re working with people around the world to actually start making the first molecules.

Recently, we designed a molecule for the first organic batteries. It was made in this accelerated process of computational design coupled to experiment. It’s been one of our biggest successes recently.

The project is open access, so that anybody can see the results of your calculations. Why set it up that way?

One of my convictions is that the more we open scientific data to the world, the bigger impact the data will have on society. It is important, I think, that if people are donating the computer time for free that they get access to their results so that humanity as a whole can benefit from it. In the context of journals, open access is worth a lot to me because it means that there are no paywalls for the papers. When I was an undergraduate in Mexico, there were many journals that I didn’t have access to or that were very hard to get. You had to make a request for the university to purchase that particular article for you. These things actually stop people from being able to do research as quickly as possible. So I think that not only scientific data but also scientific publications should be as available as possible.

Ultimately, our goal should be advancing scientific progress. Having journals available to everybody in the world really maximizes the impact of our science. I promised myself that I would publish as much as possible in open access journals, and in the last year we’ve published seven papers.

Neil Savage is a freelance writer. A longer version of this interview first appeared in ACS Central Science: http://cenm.ag/acscs0515.