Chemours, DuPont’s spun-off performance chemicals business and a leader in titanium dioxide and fluorochemicals, officially launches as a separate, publicly traded company on July 1. Analysts contend the firm’s early days will be bumpy but say Chemours is fit, as intended, to generate cash and growing returns for shareholders.

Chemours at a glance

DuPont shareholders will receive one share of Chemours for every five DuPont shares. Early trading in so-called when-issued shares began on June 19 at $21.00, but they sank by about 20% in the first four days of trading. Cyclical low prices for TiO2 and the new company’s $4 billion debt load have sparked concerns that a planned dividend payout might be lower than expected.

Still, investors who hold on for the longer term have reasons to be optimistic, says Laurence Alexander, a stock analyst at the investment bank Jefferies. He calls the firm a “market leader with an attractive cost position.” That position will improve when Chemours begins TiO2 production at a facility in Altamira, Mexico, that’s scheduled to open by mid-2016.

Alexander points out that Chemours faces a burden of environmental and health liabilities from the DuPont days. It will shoulder lawsuits relating to asbestos and fluoropolymer production as well as site cleanups in Pompton Lakes, N.J., and other places. The total liabilities could add up to more than $1 billion, Jefferies says.

But Chemours is a large company that says it can handle its legal obligations. With $6.4 billion in annual sales, it will be the 15th-largest chemical maker based in the U.S., according to C&EN’s U.S. Top 50 survey. Almost half of its sales come from the ubiquitous white pigment TiO2 and over a third from fluorochemicals, including refrigerants and polytetrafluoroethylene (PTFE) products such as Teflon. Chemours also sells cyanide and sulfur products used in gold production, oil refining, and agriculture.

That mix may change a bit. The company has told analysts it will likely prune low-margin businesses, though it has not announced a timetable. Chemours has promised to eliminate $80 million in costs. It’s already revealed plans to cut 5 to 7% of its workforce and says more cuts are likely. For the right price, the firm might even sell its core TiO2 business to a competitor such as Tronox, speculates John Roberts, an analyst at investment bank UBS. 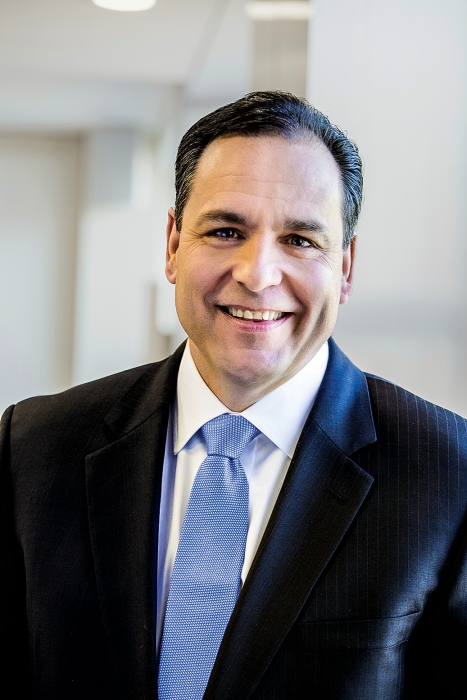 DuPont first announced plans for the spin-off in October 2013. “Performance chemicals will emerge as a top global industrial chemicals company with industry-leading products and strong cash flow,” CEO Ellen J. Kullman explained at the time. In January 2014, DuPont announced that Mark P. Vergnano, who has led the performance chemicals segment since 2009, will serve as CEO of the new company.

Separating the cyclical performance business, Kullman said, would allow DuPont to focus on science-driven growth in agriculture and nutrition, biobased chemicals, and advanced materials. The move was applauded by activist investors, including Nelson Peltz, whose Trian Fund Management owns a sizable stake in DuPont. Activists have been pressing diversified chemical firms to split up into smaller businesses, saying so-called pure-play firms generate higher returns for shareholders.

Indeed, although Chemours calls its products performance chemicals, they behave more like commodities and require a different kind of management than does a science-driven business, points out Ray K. Will, an analyst at research firm IHS Chemical. Demand and prices for products such as TiO2 depend mainly on economic growth rates and competition from other producers, including those in China. “We’re talking about a different type of culture and research attitude compared to DuPont’s life sciences businesses,” Will says.