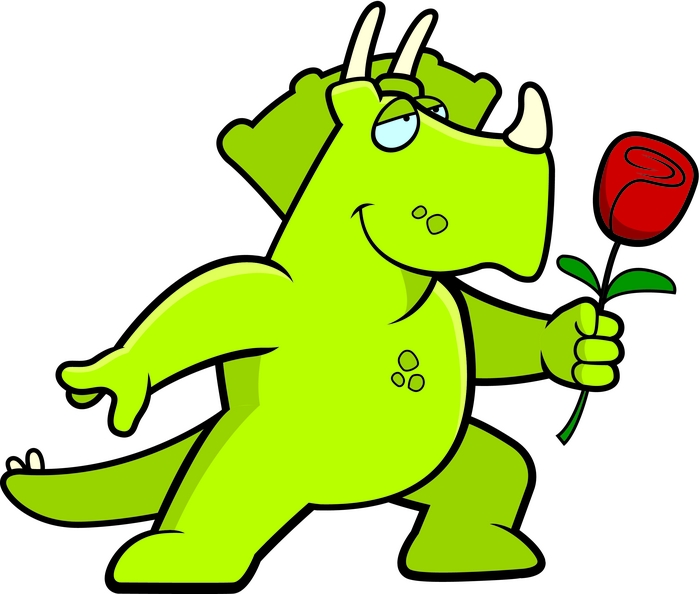 To find the love of their life, some people enlist the help of a matchmaker. Caleb M. Brown, on the other hand, enlisted the help of a dinosaur.

It was an exciting announcement made more so by what Brown slipped into the paper’s acknowledgments section: “C.M.B. would specifically like to highlight the ongoing and unwavering support of Lorna O’Brien. Lorna, will you marry me?”

O’Brien, a paleobiologist at the Royal Tyrrell Museum, said yes—a satisfying conclusion to Brown’s research into regali­ceratops, a prehistoric reptile whose name comes from the regal-looking crown of horns that decorates its head.

Unearthed in southern Alberta, regaliceratops brings new insight to the evolutionary development of horned dinosaurs. Scientists have long categorized such dinos into two groups, each characterized by a different horn arrangement: centrosaurines and the more recent chasmosaurines. Regaliceratops dates back to the time of chasmosaurines, but surprisingly, Brown and Henderson found that its horns resemble that of a centrosaurine.

The finding makes regaliceratops the first-ever example of centrosaurines and chasmosaurines independently evolving similar horn ornamentation. It also hints that there are even more horned dinosaurs out there waiting to be uncovered. In other words, it looks like Brown and O’Brien have a lifetime of discovery ahead of them.

If Brown and O’Brien are looking to stick with a science theme for their wedding, they might want to consider booking one of the musical acts from the Battle of the Biotech Bands. The annual Boston-area event, which turned three years old this May, pits bands from nearby biotechnology companies against one another in a musical competition for charity. This year’s competitors were Ironwood Pharmaceuticals’ Zac Mac Band, Momenta Pharmaceuticals’ Aural Gavage, and Perkin­Elmer’s Molecular Groove. 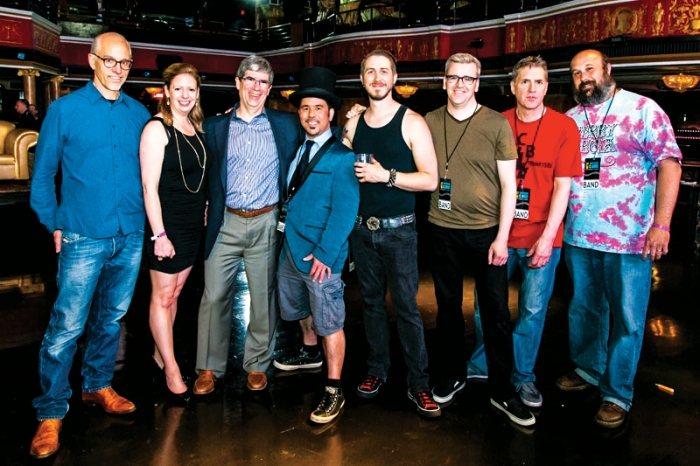 “It was a huge success,” says Carly Bassett, one of the chairs of the event, which raised $50,000 for organizations such as the American Cancer Society and the Boys & Girls Clubs of Middlesex County. “These individuals are so talented in their scientific field—to see them in this completely different light, rocking out on stage, is really amazing.”

“The whole experience was tremendous fun,” echoes Patrick Halvey, a drug discovery scientist at Momenta and guitarist for Aural Gavage, which won first place and took home $25,000 for Boston College’s Jolane Solomon Research Fund, a scholarship for female students in the natural sciences. “Who doesn’t want to pretend to be a rock star for 30 minutes?”

To earn its victory, Aural Gavage played a collection of rock-and-roll songs with some ska, reggae, and punk influences thrown in as well. A prime example of that style was the band’s closing number, the Mighty Mighty Bosstones’ “The Impression That I Get.” Halvey says the audience especially loved hearing that song because the Bosstones are a local band.

Despite this success, however, Halvey hasn’t become too caught up in the event’s competitive spirit. When Newscripts asked if he had any trash talk he wanted to dish out to the other bands, Halvey laughed and politely declined. “It’s never good to rag on your neighbors,” he says. “Ironwood Pharmaceuticals is right across the street from Momenta!”

Education
Ecclesiastical chemistry and preaching proper presentation
Education
Holiday Gift Ideas
Education
‘Breaking Bad’: For The Excitement
Share X
To send an e-mail to multiple recipients, separate e-mail addresses with a comma, semicolon, or both.
Title: Love And Dinosaurs, Biotech Rocks
Author: Jeff Huber
Chemical & Engineering News will not share your email address with any other person or company.