[+]Enlarge
Credit: Shutterstock
High court says EPA must account for costs in determining whether to regulate pollution from power plants. 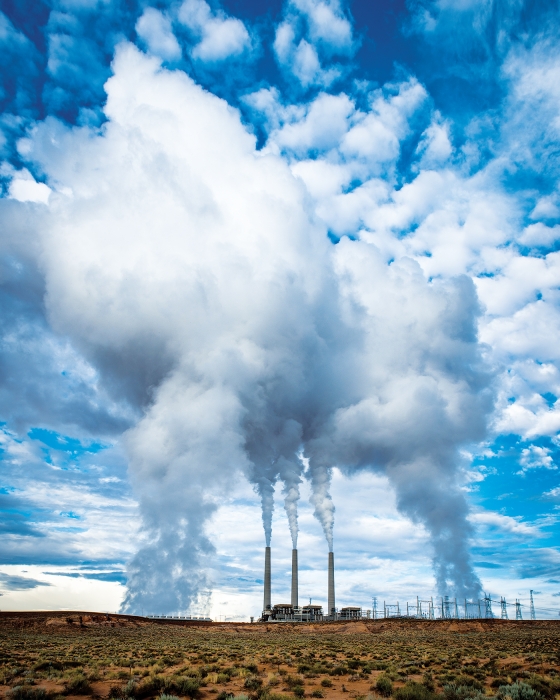 Credit: Shutterstock
High court says EPA must account for costs in determining whether to regulate pollution from power plants.

In a 5-4 decision, the Supreme Court last week struck down the Environmental Protection Agency’s first-ever national standards for limiting emissions of mercury and other toxic air pollution from coal- and oil-fired power plants. The ruling was a blow, at least temporarily, to chemical companies that hoped to sell pollution control reagents to the utility industry.

The Court ruled that EPA erred by not taking into account the costs placed on the electric utility industry in determining whether it was “necessary and appropriate” to regulate the pollutants under the Clean Air Act.

The decision sends the case back to the U.S. Court of Appeals for the District of Columbia Circuit, which will instruct EPA to reconsider its rule. Meanwhile, the 2012 regulation remains in effect.

Federal agencies have “long treated cost as a centrally relevant factor when deciding whether to regulate,” Justice Antonin Scalia wrote on behalf of the Court in the majority opinion.

Although agencies have some leeway to use their expertise to interpret laws, Scalia said EPA “strayed well beyond the bounds of reasonable interpretation in concluding that cost is not a factor relevant to the appropriateness of regulating power plants.” Scalia was joined by Chief Justice John Roberts and Justices Anthony Kennedy, Clarence Thomas, and Samuel Alito.

EPA said it considered costs at a later stage of the process when it crafted the emission standards. It pegged those costs at about $9.6 billion per year.

But the agency argued that a provision of the federal law required it to initially decide whether there was a need to protect the public from utility emissions. EPA eventually concluded that the public health benefits, which it estimated at $37 billion to $90 billion in 2016 alone, far outweighed the costs.

The standards would have applied to roughly 600 plants, cutting mercury pollution up to 90% and preventing an estimated 11,000 deaths each year, according to EPA.

The ruling was bad news for chemical companies that were gearing up to sell activated carbon and bromine to utilities for use in mercury abatement. When injected into a power plant’s flue gas, highly porous activated carbon absorbs the mercury that is released by burning coal. Bromine can be combined with activated carbon or used on its own to oxidize mercury into a more easily captured and less harmful form.

“We are, of course, disappointed with the result of this ruling, which will cause a delay in the control of mercury and other hazardous pollutants,” said Patrick M. Prevost, CEO of Cabot, a major activated carbon producer. Cabot says the decision will likely lower the earnings it will achieve in its activated carbon business in the next two years.

Following the ruling, analysts at the investment firm Jefferies lowered their stock price forecast for Cabot from $56.00 per share to $52.00 per share.

Randy S. Dearth, CEO of Calgon Carbon, the world’s largest producer of granular activated carbon, said he’s also disappointed with the ruling, but he noted that many states and Canada already have mercury control regulations. “We continue to expect to increase our activated carbon mercury removal market revenues by approximately 50% this year,” Dearth said.

Robert G. McIlvaine, who runs the power industry consulting firm McIlvaine Co., said he expects the rule that emerges from EPA’s reconsideration to be as stringent as the one being sent back to the appeals court. McIlvaine noted that the cost of mercury reduction has turned out to be far less than was anticipated at the time EPA first drafted the regulation.

Comments
Jeffrey R. Ellis (July 8, 2015 11:47 AM)
It is my experience that disputes regarding EPA policies and regulations are best settled by appeals to the White House Offices of Science and Technology Policy and of Management and Budget. It is also my contention that questions having to do with science and technology should be answered by scientists and engineers, and not by lawyers.

That the Supreme Court is even taking on such issues is also an unwarranted intrusion into the powers and responsibilities of the Executive Branch of Government.
Reply »