Celgene Will Pay $7.2 Billion For Receptos 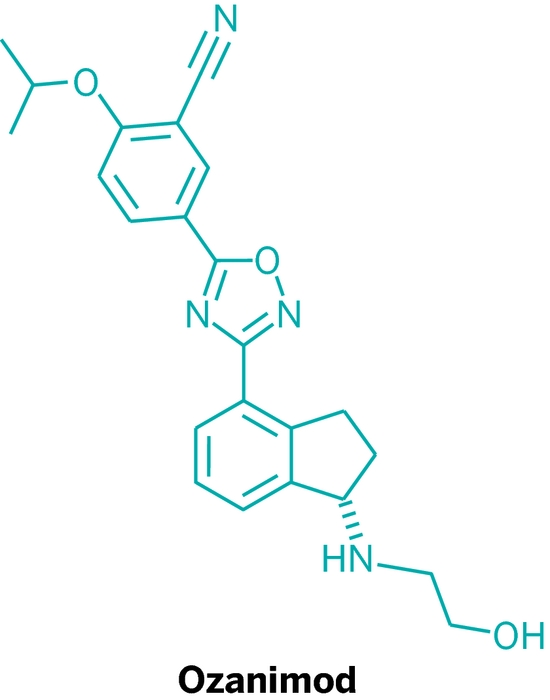 Looking to become a force in immunology, Celgene will pay $7.2 billion to acquire the San Diego-based biotech firm Receptos.

The key to the deal is ozanimod, a sphingosine-1-phosphate receptor 1 (S1P1) agonist in Phase III studies as a treatment for ulcerative colitis and multiple sclerosis (MS). Although Novartis’s S1P1 modulator Gilenya has been available to treat MS since 2010, Celgene is convinced that ozanimod is a better molecule.

In addition to S1P1, Gilenya hits other members of the sphingosine-1-phosphate receptor family. Ozanimod, which was discovered at Scripps Research Institute, California, is highly selective, notably avoiding the S1P3 subtype, which is associated with a risky drop in heart rate.

Celgene won’t know until 2017, when results from the Phase III study emerge, whether its bet on ozanimod will pay off. But the company is projecting the molecule will generate peak annual sales of $4 billion to $6 billion.

Cowen & Co. stock analyst Eric Schmidt calls the difference between Gilenya and ozanimod “debatable” but notes that the Receptos molecule could shine in ulcerative colitis. “Should ozanimod achieve anything like Celgene’s estimated $4–6 billion in peak sales, the acquisition price would seem a steal to us,” he writes in a note to investors.

Ozanimod adds to Celgene immunology assets, which include the oral antisense drug candidate GED-301 and the already-approved PDE4 inhibitor Otezla. With that trio, Celgene thinks it can penetrate nearly all of the immunology market, which it expects to be worth close to $100 billion in 2020.