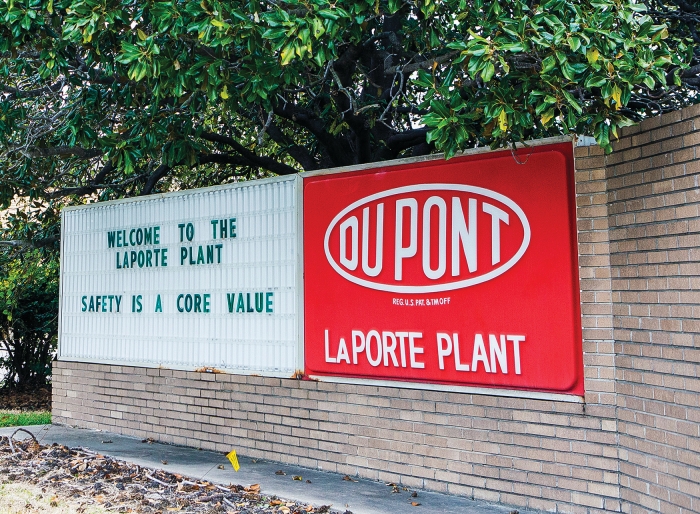 Credit: AP
Four workers died from exposure to methyl mercaptan during a leak at DuPont’s LaPorte, Texas, plant in November 2014.

DuPont was slapped with an additional $273,000 penalty earlier this month for alleged safety violations at its facility in La Porte, Texas. That’s on top of fines that the Occupational Safety & Health Administration (OSHA) levied in May that stem from a November 2014 accident in which a leak of methyl mercaptan killed four workers.

“These four preventable workplace deaths and the very serious hazards we uncovered at this facility are evidence of a failed safety program,” says OSHA chief David Michaels.

Moreover, OSHA enrolled the Wilmington, Del.-based company in its Severe Violator Enforcement Program (SVEP). This effort, according to OSHA, concentrates inspections on employers who have “demonstrated indifference towards creating a safe and healthy workplace by committing willful or repeated violations, and/or failing to abate known hazards.”

DuPont says it is “disappointed with OSHA’s classification” and will confer with the agency to understand its decision.

OSHA’s initial investigation identified hazards in the facility’s herbicides unit, where the accident occurred, resulting in a $99,000 fine against DuPont. Those findings prompted OSHA to expand its inspection to other parts of the plant, where the agency says it found additional worker safety violations.

“I hope that our continued scrutiny into this facility and into working conditions at other DuPont plants will mean no family ever suffers this loss again,” Michaels adds. “We here at OSHA want DuPont and the chemical industry as a whole to hear this message loud and clear.”

OSHA cited DuPont for three willful violations at the La Porte plant, alleging that the company “purposefully disregarded” safety rules or “acted with plain indifference to employee safety.” The agency assessed a maximum penalty allowed by law of $70,000 for each violation.

In addition, OSHA cited DuPont for four “serious” violations, which means they could have led to injury or death, and added another $28,000 in fines, again the maximum allowed by law. A repeat violation of a previous worker safety citation brought the penalty total to $273,000.

Chemours, the DuPont spin-off that now owns the hydrofluoric acid unit at the La Porte site, says it was not named in the citations and is not affected by the SVEP designation.

Since the accident, DuPont says it has been reexamining the safety systems at La Porte. “We have shut down the herbicide unit in order to take corrective measures, and the unit will not restart until the work is complete,” the company says.

DuPont is contesting the citations that led to the initial $99,000 fine. It hasn’t said whether it will request an informal conference with OSHA to discuss the new citations and proposed penalties or contest those findings before the independent Occupational Safety & Health Review Commission.

Consumer Safety
Do we know enough about the safety of quat disinfectants?
Lab Safety
Adapting hijabs for lab safety
Industrial Safety
US Chemical Safety Board praises Airgas for its response to 2016 fatality
Share X
To send an e-mail to multiple recipients, separate e-mail addresses with a comma, semicolon, or both.
Title: DuPont Labeled ‘Severe Violator’
Author: Glenn Hess
Chemical & Engineering News will not share your email address with any other person or company.

Comments
Ron Myers (July 23, 2015 8:37 AM)
Shame on DuPont for what appears to be callous disregard for safety and human life!

This news item speaks volumes about the fact that DuPont just doesn't seem to value workplace safety, especially when DuPont says it is "disappointed with Osha's classification" (as a severe violator)and also when DuPont contests the initial citations that led to the original $99,000 fine. My gosh, several humans were killed due to DuPont's negligence!! In my opinion, for serious violations such as this, that directly cause loss of life, the fines should be in the many millions of dollars. Otherwise, it's a slap on the wrist to DuPont and isn't likely to deter similar irresponsible behavior and workplace safety issues in the future.
Reply »

Cheryl Hogue (July 27, 2015 11:59 AM)
Thanks for your comment, Ron. An OSHA fine of millions is highly unlikely at present as this amount is limited by federal law. Congress sets the ceiling for fines that OSHA can seek from employer for worker safety violations.
Reply »