Biologics: But the clock has not run out on possible patent infringement suits by Amgen, developer of the originator drug, Neupogen 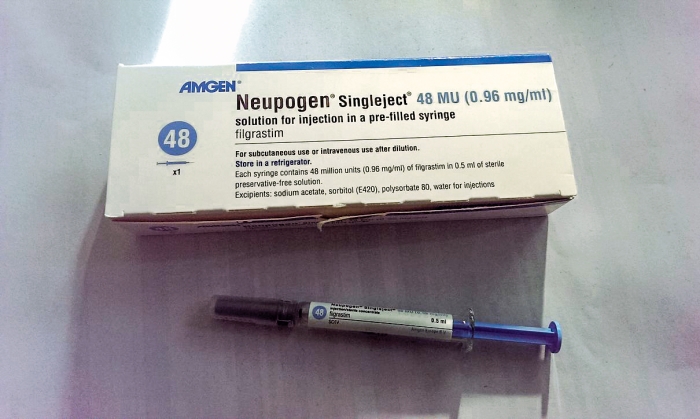 A federal appeals court has cleared the path for possible launch in September of the first biosimilar drug in the U.S.—Sandoz’s Zarxio, a version of the biologic filgrastim meant to help ward off infections in cancer patients. Sandoz developed and then obtained FDA approval of Zarxio, but in the process did not provide information relevant to possible patent claims with Amgen, the first developer of the filgrastim reference drug marketed under the name Neupogen.

Biosimilars are less-expensive equivalents of FDA-licensed biologic drugs, which by definition can rarely be exactly duplicated.

The take-home message of the federal appeals court ruling, says intellectual property attorney Gary H. Levin of the BakerHostetler law firm, is that engaging in the so-called patent dance with the reference drug sponsor is purely optional for biosimilar makers seeking FDA approval of a product. For now, anyway, it could accelerate the process to resolve patent issues and possibly get biosimilar drugs to market sooner, he says.

The underlying law, the Biologics Price Competition Innovation Act (BPCIA), Levin explains, spelled out an orderly but complex process in which applicants and sponsors could try to identify and resolve patent issues in advance of biosimilar drug approval and marketing. Under one of the provisions of this patent dance pathway, the parties exchange technical and patent information to develop an “agreed” list of the sponsor’s patents that might be relevant to the applicant’s proposed product. Assuming agreement is reached, the sponsor has 30 days in which to sue for patent infringement.

Although Sandoz informed Amgen that Sandoz intended to apply for FDA approval of Zarxio, Sandoz did not initiate the patent dance by providing Amgen with a copy of its application or any of the contemplated information about its product or the manner of its manufacture or use according to the act’s schedule. Amgen then sued Sandoz, including for infringement of one of its patents, claiming that Sandoz violated BPCIA by ignoring the patent dance process and should be enjoined from selling its product in the U.S. The July 21 decision of the U.S. Court of Appeals for the Federal Circuit rebuts Amgen’s claim that Sandoz’s choice to ignore disclosure requirements of BPCIA’s patent dance violated the statute.

“The court ruled that the patent dance pathway and its disclosure requirements are not required by the act, but are optional,” Levin says.

According to the law, Amgen and any other biologics originator enjoy a 12-year hiatus from any competition, whether or not the originator has any patents. After that, remaining patent issues may delay entry of a licensed biosimilar into the market. The real effect of this aspect of the court’s ruling, Levin explains, is that, at the applicant’s option, it can eliminate the several-month delay built into the patent dance by opting out of that procedure and accelerating aspects of the patent litigation that likely would have occurred under the dance anyway.

Levin also notes that there are a lot of other nuances to this law, some identified but not resolved by the decision that both applicants and sponsors will need to be aware of moving forward. Sandoz, a division of Novartis, hoped to make Zarxio available in the U.S. somewhat sooner than September, but marketing was delayed because of the legal wrangling with Amgen, a California biotech powerhouse.

For FDA fast-track approval, biosimilar drug developers are allowed to use clinical data gathered for licensing of the reference biologic drug—Neupogen, in Sandoz’s case—to show that their product is safe and carries the same efficacy. Zarxio was the first biosimilar compound approved through this fast-track process.

In this week’s decision, the appeals court also dismissed Sandoz’s counterclaims that it suffered financial harm from delays in its ability to market Zarxio as a result of the Amgen litigation. Both parties then, the appeals court writes, are responsible for their own legal bills.