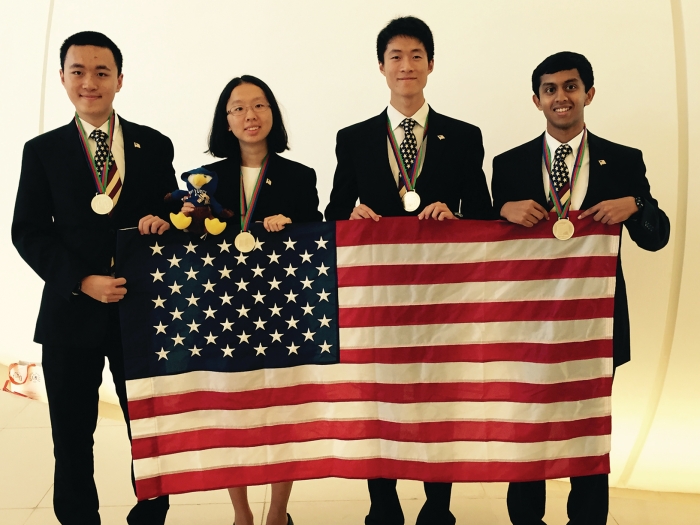 The U.S. team, which is sponsored by ACS, put on a strong performance, winning one gold and three silver medals. “We’re extremely thrilled that we took away four medals,” says head mentor Kelli Slunt, a chemistry professor at the University of Mary Washington.

David Wang of Monta Vista High School, in Cupertino, Calif., won the seventh-highest-ranking gold medal as well as the highest score in the lab practical portion of the competition. Team members Soorajnath Boominathan of Oklahoma School of Science & Mathematics, in Oklahoma City; Bryce Cai of Barrington High School, in Illinois; and Janice Ong of Thomas Jefferson High School for Science & Technology, in Alexandria, Va., each earned a silver medal.

“I’ve been studying for this competition for so many years now, and it’s so great to see that all of the years of hard work and sacrifices culminated in this one event,” Wang says.

This year, 290 students from 75 countries participated in the competition, which awarded 35 gold, 62 silver, and 92 bronze medals. The 48th International Chemistry Olympiad will be held in Karachi, Pakistan, in 2016.

Robert Buntrock (August 7, 2015 5:04 PM)
Congratulations to all, including all participants in the US Chemistry Olympiad program and their teachers.
Reply »