Love At The Chemistry Olympiad, Chemistry In The Kitchen 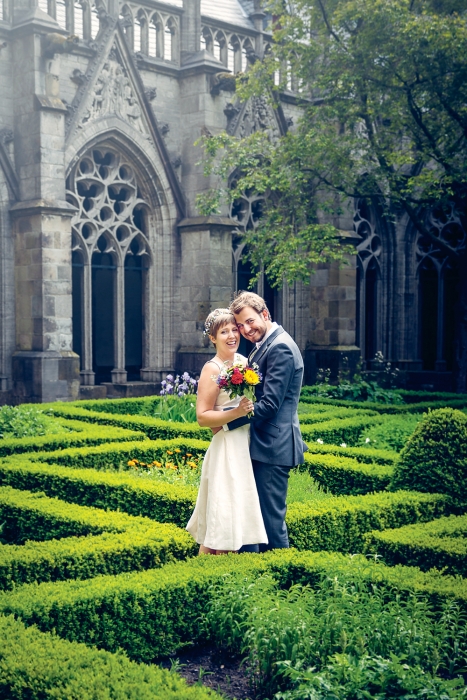 As this year’s International Chemistry Olympiad concludes (see page 11) and students from around the world bring home their medals, there may be even more chemistry taking place at the competition than it appears.

Jasper Landman and Marte Van der Linden met as competitors at the 2008 International Chemistry Olympiad in Budapest; Landman was on the Dutch team and Van der Linden on the Norwegian team. Seven years later, they’re newlyweds.

During the competition, Van der Linden and her teammates thought it would be funny to play a practical joke on the Dutch team, sending them anonymous letters filled with riddles.

“I grew up in the Netherlands, and I can speak Dutch, so I thought it would be fun to give them a little bit of a puzzle,” Van der Linden tells Newscripts.

When Landman and his teammates figured out the culprits, well, you could say sparks flew. Landman found Van der Linden to be charming, and the rest was chemistry. “We got along really quickly and really well,” Van der Linden says.

Landman and Van der Linden stayed in touch after the competition. And after a couple of months, Van der Linden moved to the Netherlands to study abroad.

“Once we found out that we were both thinking about switching to chemistry, we both decided to do that at the same place,” says Landman.

They were accepted to Utrecht University, and shortly thereafter they moved in together.

Being in a relationship with a fellow chemist has its perks. “We help each other along, and we also challenge each other,” Landman says.

They are now second-year graduate students in a chemistry Ph.D. program at Utrecht University. “Both of us are aiming for a career in academia,” Landman says.

Looking back at the International Chemistry Olympiad, the two say they couldn’t have asked for a better outcome. Landman brought home a bronze medal, and although Van der Linden didn’t win a medal, she took home a bigger prize. “I won a husband,” she says.

If you’re looking for that perfect wedding gift for a pair of chemists, consider getting them the soon-to-be-released second edition of “Cooking for Geeks: Real Science, Great Cooks, and Good Food” by Jeff Potter. The book, which comes out in October, is currently available for preorder on Amazon.com.

[+]Enlarge
Credit: O’Reilly Media
Chemical cookery: A cookbook to geek out about. 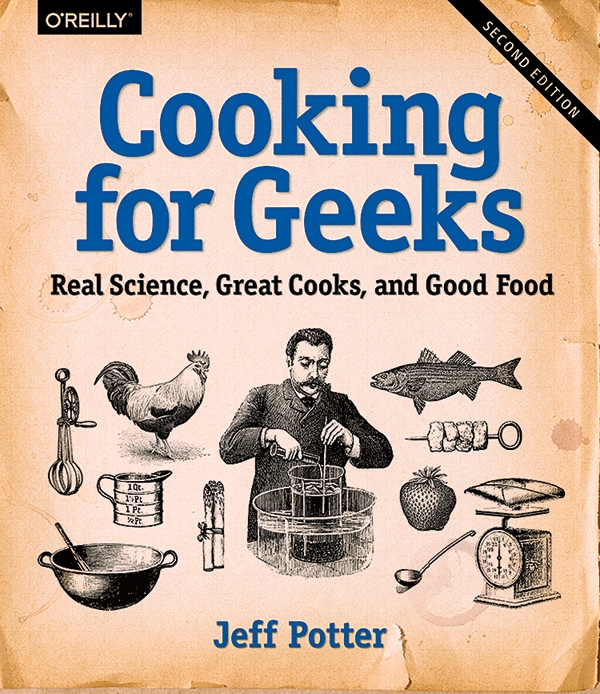 Credit: O’Reilly Media
Chemical cookery: A cookbook to geek out about.

The new ­edition is packed with new recipes accompanied by scientific explanations, as well as interviews with scientists. For example, who better to ask about eating and storing cheese than a researcher studying the science of mold in cheese? Potter also discusses important reactions in cooking, such as protein denaturation, Maillard reactions, and caramelization, and how they impact food. For more information, visit cookingforgeeks.com.

ACS News
US wins 4 golds, top spot in International Chemistry Olympiad
Women In Science
Career Ladder: Catherine Goffinet
Periodic Table
Meet the 'I Spy a Periodic Table' Readers’ Choice winner
Share X
To send an e-mail to multiple recipients, separate e-mail addresses with a comma, semicolon, or both.
Title: Love At The Chemistry Olympiad, Chemistry In The Kitchen
Author: Linda Wang
Chemical & Engineering News will not share your email address with any other person or company.

Comments
Beatrice (September 15, 2015 5:13 PM)
Hello Ms. Wang, I received your article by e-mail from a former USNCO Coordinator, Mr. Michael Zapf. I am the USNCO coordinator now for Maryland ACS. I am thankful to Mr. Zapf for sharing the story and thankful to you for publishing this love story full of of enthusiasm and eagerness to advance in science especially in chemistry. It would be fantastic if former ICHO participants become tutors and mentors of our new applicants, what an interesting thought by these two young chemists, Landman and Van Der Linden. I am sharing the story with all our Maryland Section readers via our website: http://maryland.sites.acs.org/chemistryolympiad.htm. I am sure they will be delighted with the story as I was, it was fun to read it.
Beatrice Salazar, USNCO Coordinator Maryland Section