Pressure Intensifies On Climate Negotiators Ahead Of Paris Talks 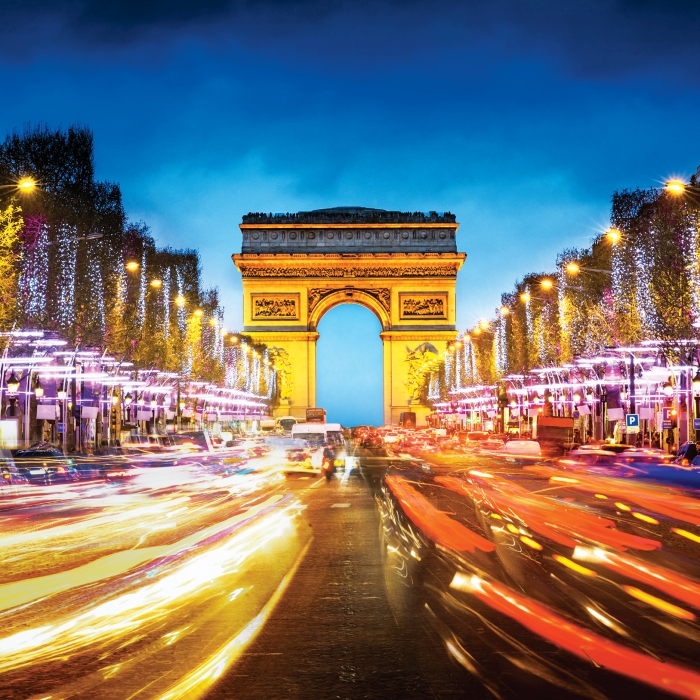 Credit: Shutterstock
Climate negotiators are ramping up discussions in advance of talks in Paris.

Set for December in Paris, the talks are aimed at keeping the rise in the world’s temperature below 2 °C. Although negotiators are well aware of the failure of past diplomatic efforts, they are confident about their chances for real progress. Firing their desire to get something done is a growing sense that time may be running out to prevent irreversible climate change.

New York City Mayor Bill de Blasio (D) voiced these expectations last month. “Paris may constitute our last, best hope,” he told a meeting of mayors from around the world. De Blasio is among many leaders and activists with a similar outlook.

Negotiators and United Nations officials, however, are attempting to manage those expectations, saying that what happens after the talks is what is important.

“Paris is not an end in and of itself but a platform for further developing ‘bottom-up’ approaches,” says Ambassador David O’Sullivan, head of the European Union delegation to the U.S.

Bottom-up approaches involve voluntary pledges by individual countries to control greenhouse gas emissions, as opposed to globally agreed-on, legally mandated commitments made in treaties, notably the 1997 Kyoto protocol. The Paris pact, which is to include scores of voluntary pledges, “is unlikely to be enough for a stable climate system,” O’Sullivan says.

But by shifting the focus to what needs to happen after the Paris talks to prevent catastrophic climate change, the negotiators risk delaying effective international action, observers say. The shift could lead India, Australia, and other countries to weaken their plans to control national greenhouse gas emissions—plans that are due by October as a prelude to the Paris meeting. These countries may conclude that the push to restrain global climate change via the Paris agreement lacks urgency.

For example, Australia’s government is assessing what its pledge will be in the context of what other countries are doing. “This review will focus on the extent to which other nations, including the major economies and Australia’s major trading partners, are taking real and comparable actions to reduce emissions,” notes a statement from the Australian Department of the Environment. Like Australia, dozens of other nations have yet to submit plans to the UN, which is facilitating the Paris talks.

However, U.S. officials say the most critical climate plans have already been submitted to the UN and, if implemented, will make progress in fighting climate change. Thirteen country climate plans—called intended nationally determined contributions (INDCs) in the diplomatic parlance of the negotiations—have been filed to date, including from the world’s two largest emitters, China and the U.S. Collectively, pledges made thus far would provide 63% of the emission cuts needed to prevent serious human-caused climate change, according to the independent science group Climate Action Tracker.

The debate over expectations for the Paris talks has its genesis, in part, in past climate change deliberations. Talks in Copenhagen in 2009, Kyoto in 1997, and Rio de Janeiro in 1992 were focused on global, legally mandated emission controls rather than voluntary commitments made by individual countries. The outcome of those talks did not constrain global greenhouse gas emissions enough to mitigate serious climate impacts. Thus, negotiators are taking a new tack with voluntary pledges.

And countries are responding to this strategy, points out Elliot Diringer, a vice president with the advocacy group Center for Climate & Energy Solutions. “Sometimes, the best way to keep the horses around is to remove the fence,” he says.

But because of that change, negotiators are feeling the heat as the October deadline for submitting plans before the Paris talks approaches, says Alan Miller, a former climate diplomacy expert at the World Bank. “The negotiators are carefully managing expectations because the credibility of the process is at stake.”

Some environmental groups agree about the importance of what happens after the talks. “We’ve seen in the past how setting expectations too high isn’t necessarily helpful. The climate challenge has accumulated over decades, and frankly we’re going to be working on it for decades,” Diringer says.

“Paris is key, but what happens beyond Paris is enormously important,” says Tom Burke, who was a U.K. climate negotiator in Rio and is now chairman of E3G, a London-based environmental think tank. No matter what, he adds, “the media will say the agreement failed because it does not add up to preventing 2 °C warming by 2100,” the policy goal for the talks.

Meanwhile in the U.S., conservative Republicans are attacking President Barack Obama’s pledge to reduce greenhouse gas emissions 26–28% by 2025, compared with 2005 levels, as unattainable. A spokesman for Sen. James Inhofe (R-Okla.), a lawmaker who is a skeptic of anthropogenic climate change, calls the voluntary approach of the current negotiations “a ‘potluck’ way of doing things that is not realistic.”

One key difference between the upcoming talks and past international deliberations is that negotiators want to ensure the participation of as many nations as possible rather than to mandate targets, U.S. officials say.

Negotiators working on the Paris deal have yet to settle thorny issues regarding clean energy investment incentives and financing for poorer countries to mitigate and adapt to climate change. But they contend that momentum for effective climate action is building globally.

Department of Energy climate expert and former U.S. climate negotiator Jonathan Pershing says the Paris talks have strong potential because Canada, China, and South Korea have increased their emission control commitments. These three countries together contributed some 27% of worldwide emissions in 2010, according to Climate Action Tracker.

At the same time, Pershing cautions that more work will be needed. “The short-term goal is not an answer to the problem; the problem is much bigger than that,” he says.

That’s also a point made by UN spokesman Nick Nuttall. “The sum total of countries’ INDCs will not be enough to keep the world under 2 degrees,” he says. “That is why Paris needs a mechanism to ratchet up the ambition of emission reductions over time.

“The agreement that the world will reach in Paris is not going to be a one-off effort that solves everything overnight,” Nuttall adds.

Pollution
Mercury makes it deep into marine trenches
Sustainability
US Senate passes sustainable chemistry legislation
Environment
P2 and ADM pair up for renewable products
Share X
To send an e-mail to multiple recipients, separate e-mail addresses with a comma, semicolon, or both.
Title: Pressure Intensifies On Climate Negotiators Ahead Of Paris Talks
Author: Steven K. Gibb
Chemical & Engineering News will not share your email address with any other person or company.