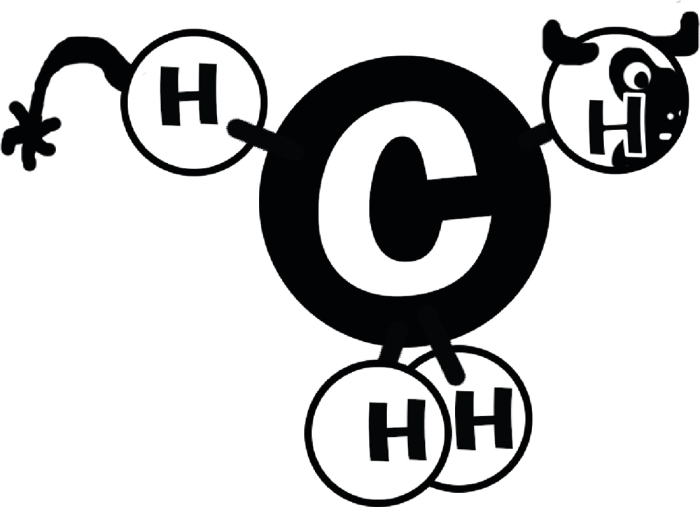 “We present the content with characters and make everything stories,” explains Jackie Rankin, Scinch’s president and lead artist. “We want to get away from this idea that science is just pages of text you have to read.”

The company’s main products are experiment kits. Kits available now are either too complicated for young kids or miss the science completely, Rankin tells Newscripts. “This amazing thing happens, but we’re not going to tell you why,” she explains. The company’s first kit teaches about gases and pressure, while the second (due out in December) will focus on acids and bases.

Scinch’s kits feature the element creatures, which Rankin designs herself (she’s up to argon). That’s also true of the company’s other products, like chemistry playing cards.

Rankin wrote a book about Harry the Hydrogen’s trip into space and was thrilled when she learned some kids love it so much they sleep with it under their pillow. Scinch also offers knitted element characters—handmade by fellow founder Jen Esbenshade—that might be better bedtime companions.

So far, Rankin hasn’t gotten any flak from her fellow chemists for giving personalities to elements, though she knows there are probably skeptics out there. But who could hate a friendly methane cow?

Irresponsible science is another subject that could definitely draw the ire of researchers everywhere. But that’s not what drew author Sean Connolly to create “The Totally Irresponsible Science Kit.” 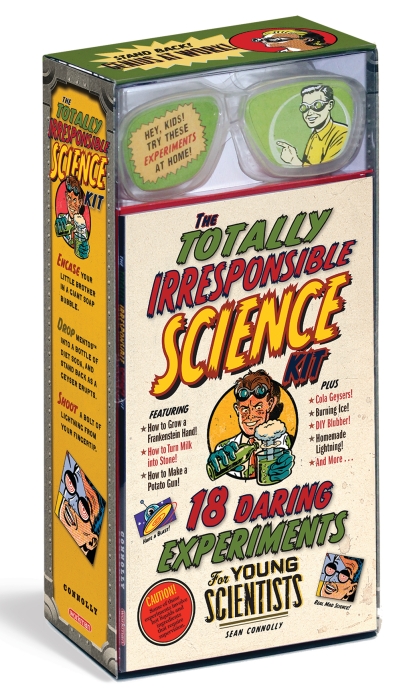 “It’s not really irresponsible in the sense that it’s not dangerous,” Connolly says. It’s more something that parents might not like. “You could make a mess; you could get into trouble.” Kids love it when they think they are getting away with something, he explains.

Connolly isn’t a scientist. But growing up in Boston, he took a Saturday morning class for kids at Massachusetts Institute of Technology that helped demystify science and made him a lifelong fan. He’s written several other science books for the public, including “The Book of Potentially Catastrophic Science” and “The Book of Perfectly Perilous Math.”

When writing for the public, it sometimes helps to come from a nonexpert’s point of view, Connolly says. “I like to think I have a foot in both camps.”

That’s the approach he takes with the irresponsible science kit, which comes complete with kitschy 1950s-inspired art of an evil scientist on its cover. Along with an experimental step-by-step, each description includes a “scientific excuse” that explains the experiment’s underlying science. “I was trying to get to the science through the back door,” he says.

Kids love defying authority, and they are also ecstatic when Connolly does. He was demonstrating the potato gun experiment at a Utah school, and it turned out to be more powerful than he thought. The potato shot all the way across the room and hit a painting of George Washington square in the face.

The kids laughed. Connolly recalls that he wasn’t so sure it was funny. “I had this horrible feeling I was going to get detention.”

Comments
Robert Buntrock (September 5, 2015 2:52 PM)
Lee Marek, when still teaching chemistry at Naperville North HS (IL) and organizer of Weird Science, a group of Chicago area HS Chemistry teachers and demonstrators, had a student who designed a potato cannon (used to demonstrate Boyle's Law) that could shoot a potato plug across a large room. At an NCW festival, Lee recounted testing the turbo-cannon in the hallways at NNHS. He said since the Weird Science motto was "never clean up" he also recounted what happens to potato plugs out in the air. He said the NNHS janitors believed that the school was infested with giant rats.
Reply »