From Coal To Chemical Building Blocks: An Academic Success Story For China 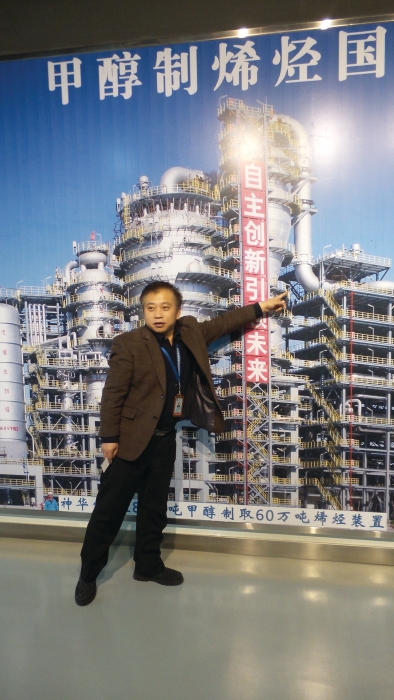 Standing in front of a wall-sized poster depicting a commercial-scale chemical plant, Zhongmin Liu talks animatedly about his research. The plant is so big, says the deputy director of China’s Dalian Institute of Chemical Physics (DICP), that a person could drive a small car inside some of the facility’s pipes.

Sparking Liu’s excitement is a reactor in the facility that converts methanol to a mixture of ethylene and propylene, the building blocks that make up the industrial polymers polyethylene and polypropylene, respectively. Developed at DICP, in China’s Liaoning province, the reactor is a rare example of successful industrial technology development led by academic scientists.

Before the reactor began running in 2010, researchers at DICP, an academic research institute of the Chinese Academy of Sciences, had been laboring for decades to develop a commercial process to convert methanol to olefins (MTO). The technology is key to making polyolefins from coal or natural gas, rather than crude oil, the usual starting material for chemical building blocks. In January 2015, DICP’s process received top honor in the 2014 Chinese National Technological Invention Awards, a prize comparable to the U.S. National Medal of Technology & Innovation.

Worldwide, polyethylene and polypropylene are among the most widely used industrial materials. The monomers are usually derived from the breakdown of petroleum into low-molecular-weight hydrocarbons. MTO technology is an alternative route based on methanol, which can be produced from syngas—a mixture of CO, H2, and CO2 derived from coal or natural gas.

Countries with little or no petroleum reserves, such as China, need alternative ways to produce olefins to ensure a supply of affordable polyolefins. Those rich in coal, as China is, have a huge incentive to develop technologies such as MTO.

With support from China’s central government and the Chinese Academy of Sciences, DICP began research in 1982, in response to oil shortages during the 1970s.

Liu has been part of Dalian’s MTO effort since he finished his Ph.D. training in 1990. “I was told [by my supervisor] that this reaction is very, very important,” he says. Because China lacks petroleum reserves, he recalls being told, “we have to find a way to replace the oil.”

R&D took several decades. When it was time to scale up, DICP worked with industry partners SYN Energy Technology and Luoyang Petrochemical Engineering/Sinopec. Liu and colleagues have chronicled the journey in ACS Catalysis (2015, DOI: 10.1021/acscatal.5b00007).

“We started with very basic research to find an effective catalyst,” Liu says. Like others working on MTO—including UOP, a provider of technology for petroleum refining and gas processing—their search began with zeolites, the microporous catalysts used industrially to convert petroleum to low-molecular-weight hydrocarbons.

The breakthrough came with the discovery of silicoaluminophosphate molecular sieves, says James E. Rekoske, the global business director for petrochemicals at UOP. One of these molecular sieves—dubbed SAPO-34—is the most selective for making olefins from methanol. Two properties make it ideal, Rekoske says. Because it is a low-acidity catalyst, it avoids the formation of aromatic chemicals, which are undesirable side products. And its pore diameter of 3.8 Å is just right for generating and releasing ethylene and propylene.

Once DICP developed the catalyst, advancing to commercial-scale engineering proceeded systematically. Much credit goes to Liu, says Mao Ye, a group leader for process development and scale-up at DICP. Although Liu’s expertise is catalysis, he became a process development scientist, learning a new research field as the project progressed, Mao explains. “He was very clear about the steps of the project, and he knew how to organize people,” Mao says. “In China, it’s hard to get industry people to work on an academic project. Liu was able to do that.”

The Chinese energy company Shenhua was the first licensee of DICP’s MTO technology. On Aug. 8, 2010, it started up China’s first commercial-scale MTO installation, in Baotou, a city in Inner Mongolia. In this facility, the olefin products are delivered directly to a polymerization reactor.

Since 2010, seven other licensees have started up commercial-scale MTO installations based on DICP’s technology. By the end of 2015, China will have 12 of these facilities running, Liu says.

But DICP’s MTO process is not the only show in town. UOP has licensed its proprietary process, called UOP/Hydro MTO , to eight customers, all in China, Rekoske says. The first licensee, Wison Clean Energy, in Nanjing, Jiangsu province, began operations in September 2013.

Yet many unanswered questions remain about how MTO technology works. Researchers in the field currently think that a pool of hydrocarbons in the reaction system makes the conversion of methanol to olefins possible. Simply put, cyclic organic species—such as polymethyl­benzenes and their carbenium ions—trapped in the catalysts’ pores mediate the assembly of C=C bonds from methanol. One carbon comes from methanol and the other from a methyl group on a benzene ring of a molecule from the hydrocarbon pool.

Many lines of evidence bolster this mechanism. Among them is the DICP team’s direct observation—during methanol conversion to olefins under real reaction conditions—of two widely believed intermediates, heptamethylbenzenium cation and pentamethylcyclopentenyl cation. How the hydrocarbon pool initially forms is still unknown.

Meanwhile, technological success does not always mean commercial sustainability. As is the case for many commodity chemicals, olefin demand and supply will fluctuate with feedstock prices. The economics of MTO will depend partly on the relative prices of crude oil, natural gas, and coal.

But what could be a more significant problem than economics is the environmental cost to China. Producing a single ton of olefins from coal requires 15 to 30 tons of water, which is largely consumed in making methanol from coal. That amount is about 14 times as much as what’s needed when starting with crude oil.

For now, however, MTO technology is taking root in China, thanks in no small part to DICP. And the basic research continues. “The dream is to make only one product,” just ethylene or just propylene, rather than a mixture that needs to be separated, Liu says with a smile.

Methanol-to-olefins technology is blooming in China 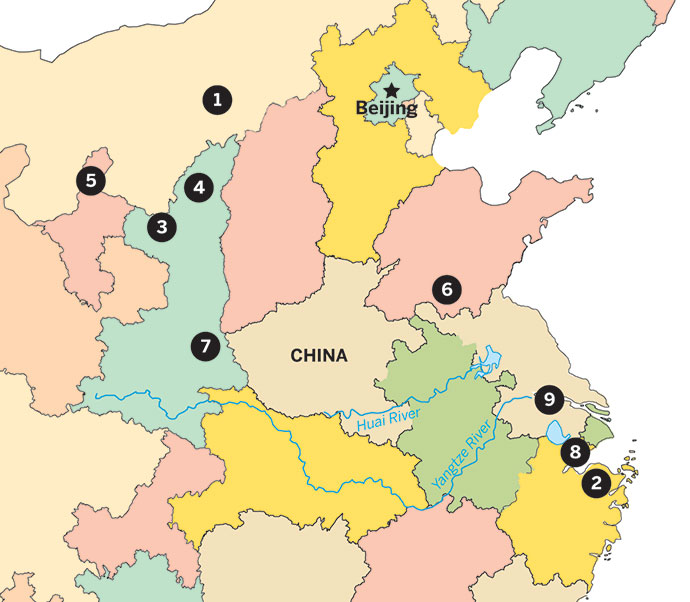 Nine commercial installations have started up in just five years.

a This facility produces more output than other facilities with a similar methanol input because it starts with raw materials in addition to methanol.
b All facilities on this list license Dalian Institute of Chemical Physics’ methanol-to-olefins technology except this one, which uses the UOP/Hydro MTO process.

Petrochemicals
Polyester made from coal? China is betting on it
Business
Aramco and SABIC advance oil-to-chemicals
Business
‘Made in China’ now extends to chemical process technology
Share X
To send an e-mail to multiple recipients, separate e-mail addresses with a comma, semicolon, or both.
Title: From Coal To Chemical Building Blocks: An Academic Success Story For China
Author: A. Maureen Rouhi
Chemical & Engineering News will not share your email address with any other person or company.