A look at recent patenting activity in seawater desalination technologies, brought to you by C&EN and CAS

Approximately 70 million people around the world rely on desalination to meet their daily freshwater needs. The most common method of removing salts and contaminants from seawater is reverse osmosis, which involves forcing seawater under high pressure through a membrane that blocks ions from flowing through. However, this method consumes a lot of energy compared with transporting freshwater from elsewhere or using other less energy-intensive desalination methods. Here, we highlight three advances in seawater desalination technologies from the databases of Chemical Abstracts Service (CAS).

Capacitive deionization removes dissolved ions from seawater by applying a potential difference between two electrodes placed in the water. The electrodes attract ions and immobilize them on their surfaces. Over time, the electrodes become saturated with deposited ions, and in turn, the desalination efficiency decreases, necessitating frequent cleaning of the electrodes’ surfaces. A research team, led by Goran Jovanovic of Oregon State University, developed a prototype microfluidic capacitive deionization device that would require less maintenance by using nanostructured electrodes made from silicon dioxide (WO 2015089290). The new electrodes have a surface area that is 1,000 times as large as corresponding flat electrodes. This means the new electrodes can operate longer between cleanings. However, because of the small size of the microfluidic device, the desalinated water output is only 0.4 mL/minute per single electrode cell. Coinventor Christopher Loeb tells C&EN that the goal is to operate hundreds of thousands of devices in parallel for large-scale commercial applications. 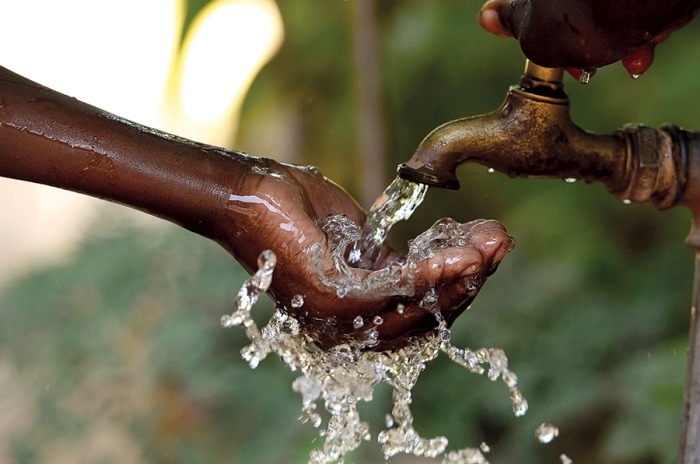 In membrane distillation, heated water flows past a hydrophobic membrane that allows only water vapor to permeate. This vapor then gets condensed to produce freshwater. The hydrophobic membrane facilitates the desalination process by preventing liquid water from clogging the pores. To enhance the hydrophobicity of the membrane, scientists from New Jersey Institute of Technology—led by chemistry and environmental science professor Somenath Mitra—embedded nanodiamonds within a hydrophobic membrane consisting of polyvinylidene fluoride polymer (US 20150096935). The nanodiamonds are 2- to 8-nm-wide carbon particles that have a truncated octahedral architecture. The nanodiamond membranes pass water at twice the rate of unmodified ones while also removing 99.9% of the dissolved salt. Madhuleena D. Bhadra and Sagar Roy, coinventors of the technology, say it takes about one week to make the membranes from start to finish. Mitra tells C&EN that there has been significant interest and funding from the power industry for this technology and a similarly designed one that uses carbon nanotubes (US 20150001150). 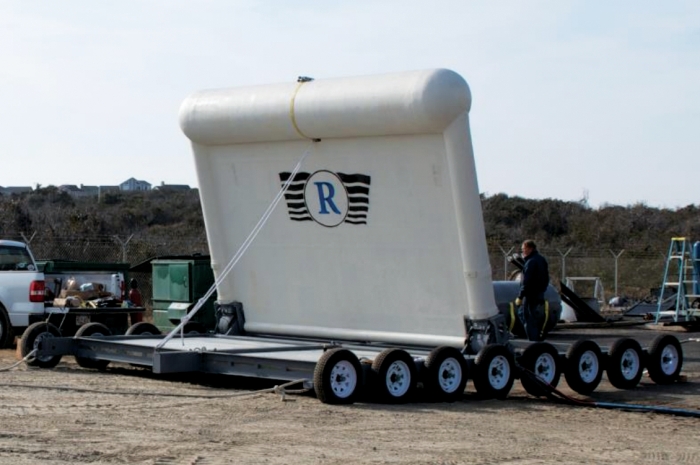 Because reverse osmosis requires large amounts of energy, it is usually coupled to fossil-fuel or nuclear power plants. A team from Massachusetts-based energy company Resolute Marine Energy has developed a more environmentally friendly way to power the process. Their method converts the power carried by ocean waves into mechanical power to run a reverse-osmosis desalination device (WO 2014100674). Basically, the system uses a big paddle moved by waves to power a high-pressure water pump. Because wave power is a renewable energy source, the technology could be deployed to remote coastal communities to provide both clean water and energy. Earlier this month, the Department of Energy awarded two Systems Performance Advancement II awards to Resolute to continue its R&D efforts on this technology.