The American Ambitions Of Switzerland’s Clariant 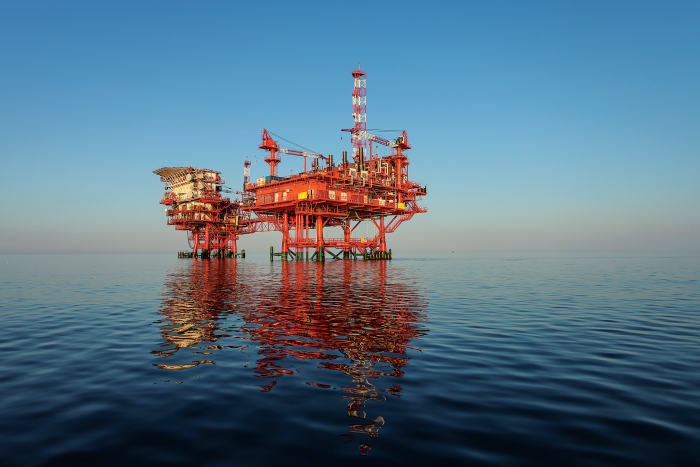 At a San Francisco gathering for media and investors last month, Clariant’s chief executive officer, Hariolf Kottmann, turned the tables and asked his own question: “Is the North American market mature or emerging?” He and his team of senior executives then made a case that the answer is “both” and that the region’s dual character makes it a hot spot for chemical innovation and investment.

Last year, 16% of the Swiss specialty chemical maker’s $6 billion in sales came from North America. But Kottmann pointed out that the region accounts for 23% of global specialties demand. He plans to close the gap by taking advantage of growth in the petrochemical and energy sectors and increasing North American sales by 7% per year through 2020. “We have a lot of chances in North America,” he said.

As recently as four years ago, Clariant was in a position to miss out on that growth, but then it acquired the catalyst maker Süd-Chemie. According to Clariant, 90% of petrochemical manufacturing relies on catalysts, and petrochemicals are booming in the U.S. In addition, the firm cast off businesses that served the mature textiles, paper, and leather industries. It now has more room to invest in growth markets such as chemicals used in oil and gas production.

Still, it’s the rare chemical maker that has achieved 7% annual growth in the U.S. in recent years. Most companies have been increasing sales by making acquisitions, not organically.

“While 7% per year seems a stretch target, 5%-plus is doable, in our view,” suggested Thomas Gilbert, a stock analyst at the investment bank UBS. In a note to investors, he pointed out that Clariant has already invested in capacity that will power a portion of that growth. Since 2014, the company has invested more than $170 million in U.S. capital projects and added 500 workers to its rolls.

The efforts are already bearing fruit. In the first half of the year, the North American share of Clariant’s sales was 19%, or about $1.1 billion. That compares to Clariant’s largest market, its home turf of Europe, at 37%.

These days, Clariant’s catalyst business holds the number one or two market position supplying U.S. plants that make the basic chemicals ethylene, ammonia, and methanol, according to Stefan Heuser, head of the firm’s catalyst business.

And a new opportunity has come about with abundant propane from the shale gas boom. Clariant is marketing its Catofin process and catalyst to companies such as Dow Chemical that are building facilities to make propylene via propane dehydrogenation. And downstream from propylene, Clariant and technology partner CB&I have built a polypropylene catalyst facility in Louisville that will come on-line next year.

Clariant also expects to gain business as chemical customers take in diverse feedstocks such as petroleum, natural gas, biomass, and propane. The catalyst group spends 7% of sales on R&D and has fine-tuned its offerings for each feedstock. In addition, the upgraded offerings help control harmful emissions such as nitrous oxide and reduce the energy required to run reactions, Heuser explained.

The products are likely to find enthusiastic buyers, according to Mark Eramo, global vice president for chemical business development at the consulting firm IHS Chemical. “Sustainability solutions with catalysts are a clear win to bring to chemical producers that want to expand and grow in the U.S.,” Eramo said. Rather than allowing new facilities to push energy use and emissions upward, he added, chemical companies will invest in new technology.

In contrast, Clariant’s plan to obtain significant growth from the oil and gas market seems counterintuitive in today’s era of low prices and slow drilling activity. But Clariant mainly offers chemicals used for enhanced oil recovery and flow assurance from existing wells rather than ones for drilling new wells.

From 2010 to 2014, Clariant’s North American oil services sales grew by a blistering 14% per year, said John Dunne, head of oil and mining services, and the company expects double-digit growth to continue through 2020. “Consolidation of oil-field production companies has left an open spot for a number three player,” he said, alluding to the combinations of Nalco with Champion and Halliburton with Baker Hughes.

As in catalysts, Clariant is going after the fossil energy market with new products. For its hydraulic fracturing customers, the firm has developed a water flowback aid called Hostafrac, made with a sugar molecule that leaves less emulsion behind to clog up cracks in the shale deposit.

It also serves deep-sea oil operations, where intense pressure and extreme temperatures can lead to the formation of solid or frozen hydrocarbons such as gas hydrates, asphaltenes, and wax. Clariant develops specialty additives, many based on surfactants, to prevent the solids from forming and clogging flow lines.

Demand for new technology marks North America as a mature market for Clariant. At the same time, economic growth and new infrastructure add the excitement of an emerging region. It’s no accident that Clariant held its investor and media event in the U.S. this year, Heuser said. “Meeting in San Francisco is symbolic,” he said, “because it is a corridor to innovation, creativity, and customer-focused solutions.”

Business
Clariant and Huntsman to join in $20 billion deal
Business
Europe’s chemical industry confronts shrinkage
Business
Specialties: Above-average demand to be fueled by cars and energy production
Share X
To send an e-mail to multiple recipients, separate e-mail addresses with a comma, semicolon, or both.
Title: The American Ambitions Of Switzerland’s Clariant
Author: Melody M. Bomgardner
Chemical & Engineering News will not share your email address with any other person or company.