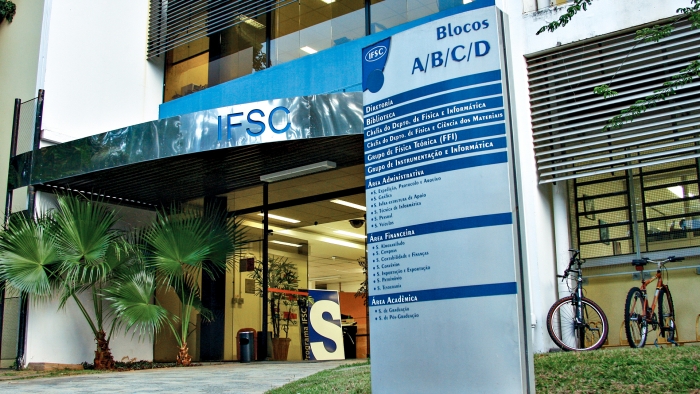 Along with other research areas, academic chemistry is facing several funding challenges in Brazil. That’s because the world’s seventh largest economy is navigating a financial storm amid calls for the ouster of recently reelected President Dilma Rousseff and a corruption scandal involving the semipublic energy giant Petrobras. The crisis has triggered government austerity measures, an expectation that this year’s gross domestic product will shrink by 1.5%, and a downgrading of the country’s credit rating by Standard & Poor’s.

This is grim news for science, technology, and education funding in Brazil. Royalties from offshore oil sources had been the main source of revenue for Brazil’s Fund for Scientific & Technological Development (FNDCT), which is charged with distributing resources among national research agencies. Now, the government has redirected some of those monies to other areas including public education and health. As a result, federal expenditures in science and technology have plummeted. The Ministry of Science & Technology’s 2015 budget shrank by 25%, and the Ministry of Education’s dropped by 19%.

Brazilian academic chemistry is feeling the impact of this grave financial situation in education and research, says Adriano Andricopulo, president of the Brazilian Chemical Society and professor at the University of São Paulo, São Carlos. Chemistry departments throughout the country are still determining the size of their funding deficits.

For instance, at the Federal University of Minas Gerais (UFMG), in southeastern Brazil, monies approved last year to cover equipment purchases haven’t been delivered yet. The university has other challenges too. “Strikes by administrative personnel have delayed and even hampered the actual use of funds,” says Dario Windmöller, chairman of the chemistry department at UFMG.

Without support personnel, the university is struggling to meet government agencies’ deadlines for funding requests, he continues. “We also depend on them for purchasing material, which involves a complex and lengthy process,” Windmöller explains. Money made available to universities by the national government at the beginning of every year must be spent within a specific time window—or else the remaining funds are taken back. This year, any leftover monies are likely to be collected by the end of October. “So, besides the cuts we had overall, a part of the available funds will return to the government given our incapacity to spend it,” Windmöller says.

Chemistry departments are also hard hit by the falling of the Brazilian currency, the real, against the U.S. dollar. This makes imported reagents and solvents more expensive to purchase.

Budget cuts have also affected a number of government-sponsored higher education programs. For instance, the government has frozen funding for Ciência sem Fronteiras (Science without Borders), a program that sends undergraduate students mainly in science and engineering to universities abroad. Andricopulo says the government should reevaluate that program, analyzing which students should go overseas and whether their study abroad has a high return on investment. “The government shouldn’t use FNDCT money to sponsor Science without Borders at the expense of graduate courses in Brazil,” he adds.

In addition, the Post-graduation Support Program, which is funded by an arm of the Ministry of Education, saw its budget slashed by 75%. Those reductions mainly affect the maintenance of laboratory equipment and airfares so researchers can take part in examining master’s and doctoral defenses.

The picture isn’t complete chaos yet, though. Ângelo de Fátima, postgraduate courses coordinator at UFMG’s chemistry department, says that despite the 68% decrease in the postgraduation support program this year when compared with 2014, federal funding agencies haven’t cut graduate scholarship quotas. They say they will maintain the grants already in progress, he adds.

And though government funding is the UFMG chemistry department’s main source of support, there’s room for growth in private sector funding, especially in energy and biofuel research, de Fátima says. “Our department is responsible for a quarter of all patents at UFMG. The development of technology and innovation we have here attracts the attention of many private companies, with whom we can exchange expertise and get some funding from,” de Fátima adds. An example is the Materials & Fuel Cell Laboratory, which was established through a decade-old partnership between UFMG and Minas Gerais Energy, a state-owned power company that services 96% of the Brazilian state of Mina Gerais. Together with the UFMG Chemistry department, the company has been investing in the development of solid-oxide batteries and alternative energy sources based on fuel cells.

The array of funding options seems to be narrower at other universities, especially those outside the south-southeast region of Brazil and those with less focus on applied research. Gustavo Seabra, chairman of the chemistry department at the Federal University of Pernambuco (UFPE), in Brazil’s northeast, says his department’s concentration on basic research makes it more dependent on public funding.

Like at UFMG, Seabra’s university is facing a strike by administrative personnel and lacks laboratory technicians to support research and classes. The UFPE chemistry department has cut its expenses to a minimum and is maintaining research assistantships for graduate students. He also notes that “international cooperation is jeopardized, since travelling overseas or bringing in researchers has become harder at the moment.”

Seabra says of the department’s Analytics Center, which characterizes, identifies, and quantifies organic and inorganic chemicals, “things are starting to stop working.” Without the support of technicians and administrative personnel, it has been hard to request equipment maintenance. In the past 10 months, the department has received around one-eighth of the maintenance funds it got from the dean’s office last year. It hasn’t yet seen this year’s funds from the Post-graduation Support Program.

“Researchers here are recalculating their spending and rethinking priorities. Some are funding current research projects with the funds they managed to save from past projects,” Seabra adds.

If the scenario is disheartening, it is not the worst Brazil has ever seen. Windmöller and de Fátima recall that in the 1990s, lack of governmental funding for higher education was much worse. The current shrinkage in support comes after progress Brazil enjoyed during the past decade, when a better economy supported the expansion of the number of universities, courses, and professorships throughout the country.

They and Seabra agree that little improvement is foreseeable before 2017, yet they are optimistic. “We hope next year will be a bit better, but meanwhile we’re holding on to what we’ve got,” Seabra says.

Meanwhile, Brazil’s Ministry of Science & Technology says that it is working to borrow $2 billion from the Inter-American Development Bank to expand and consolidate the country’s science and technology research system. If the deal is approved, the ministry will have six years to use the amount. Minister of Science Aldo Rebelo is also negotiating to get additional oil revenues directed to science and technology. He’s also working to release FNDCT funds in chunks through 2019. But for the whole of 2016, 75% of the funding is frozen and will not be used.

To Andricopulo, the Brazilian Chemical Society president, fostering dialogue between government officials and scientists is essential to forging a more workable path through the current crisis. He was among the representatives of scientific societies and other members of the Brazilian scientific community who last month drafted a letter to President Rousseff asking for continued investments in education, science, technology, and innovation. The Brazilian Society for the Advancement of Science and the Brazilian Academy of Sciences chaired the initiative.

For the moment, the chemistry community in Brazil seems to be confident that the country will soon recover and return to economic growth. João Marcos Madurro, coordinator of the Minas Chemical Network, a group of researchers in the state of Minas Gerais, says science policymakers and entrepreneurs he’s spoken with “are unanimous in saying that Brazil is much bigger than the current crisis.”

Comments
Carlos Alberto Maciel (February 3, 2016 6:26 PM)
Tuia a realistic situation I know very well this because I'm a owner one company for analitycal instruments, many professor don't have money for buy small consumables to operate and develop yours research. Unfortunately our government destroy the education in Brasil.
Reply »