The Division of Medicinal Chemistry’s perennially popular “First-Time Disclosures” symposium feels a little bit like a debutante ball. Eager attendees pack into a large room to await the announcement of candidates that have been refined by years of hard work. But instead of watching ladies in white dresses make their social debut, the crowd witnesses the first public presentations of potentially life-saving molecules, which have been crafted by chemists in white lab coats. Another major difference: No photos of the molecular structures allowed.

First disclosures of clinical candidates proved to be particularly popular at last month’s symposium at the American Chemical Society national meeting in Boston. “We had many more talks than we could fit into one session,” noted session organizer Lorin A. Thompson of Bristol-Myers Squibb. Between the dedicated symposium and the division’s general papers, Thompson estimates 14 different clinical candidates were revealed. What follows are some highlights. 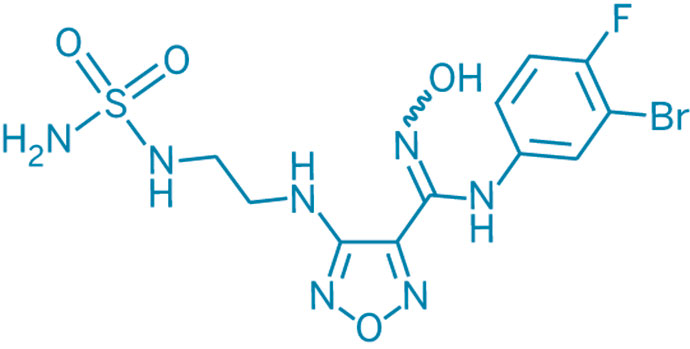 Incyte’s Andrew P. Combs presented the company’s clinical candidate for cancer immunotherapy. The basic tenet of this burgeoning field is that the human body’s immune system is a tremendous resource for fighting disease; scientists just need to figure out how to unleash it. One target that’s proven to be particularly attractive for this purpose in recent years is indoleamine-2,3-dioxygenase-1, or IDO1 (C&EN, April 6, page 10).

IDO1 plays a role in signaling the immune system to stand down from attacking foreign bodies it might otherwise go after, such as fetuses. Tumors also produce IDO1 to evade the immune system, so molecules that can inhibit this enzyme could bring the full force of the body’s defenses to bear on these deadly invaders.

Incyte’s search for an IDO1 inhibitor began with a high-throughput screen, which led to a proof-of-concept compound. But the compound had poor oral bioavailability. What’s more, the molecule and its analogs underwent glucuronidation during its metabolism: Enzymes tacked on a glucuronic acid group to the structure’s amidoxime, which was key to its activity.

The chemists reasoned they could block this metabolism by sterically hindering that position. Making such molecules proved to be more difficult than they expected. But then they unearthed a Latvian paper from 1993 that gave them the synthetic method they needed to make the series of compounds that would lead to their clinical candidate INCB24360 (epacadostat).

With its furazan core, as well as its amidoxime, bromide, and sulfuric diamide functional groups, INCB24360 is something of an odd duck, Combs acknowledged. “Some of you in the audience may be looking at this and saying, ‘That molecule does not look like something I would bring forward or maybe even make,’ ” he said, noting that the structure breaks many medicinal chemistry rules. “We’re a data-centric company, and we followed the data, not the rules,” Combs told C&EN.

The compound has completed Phase I clinical trials and is now being used in collaborative studies with several other pharmaceutical companies that combine INCB24360 with other cancer immunotherapy agents. 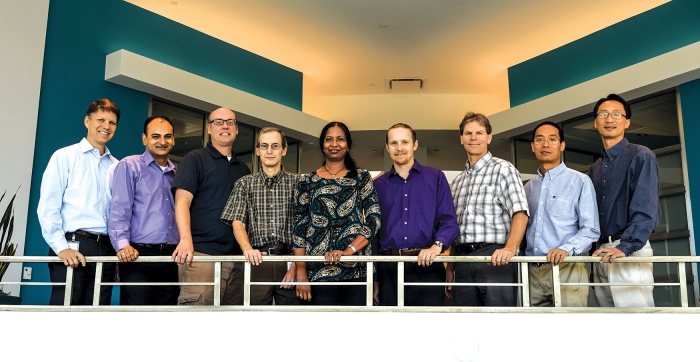 The enzyme isocitrate dehydrogenase (IDH) is probably most famous for its role in the central cellular metabolic pathway, the Krebs cycle. The enzyme catalyzes the oxidative decarboxylation of isocitrate to α-ketoglutarate. One subtype of the enzyme, IDH1, is found in cells’ cytoplasm, and another, IDH2, is found in their mitochondria. 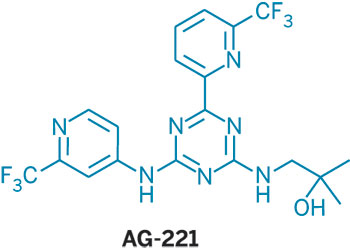 People with certain mutations in IDH end up making R-2-hydroxyglutarate (2-HG) instead of α-ketoglutarate. 2-HG is known to make cancer cells flourish. In fact, IDH mutations have been implicated in about 70% of brain cancers and have also been identified in solid tumors and blood cancers, such as acute myeloid leukemia.

Jeremy M. Travins of Agios Pharmaceuticals spoke about how scientists at the company found compounds based on substituted triazines that can cut down on 2-HG production by inhibiting a dimer of mutant IDH2. Using structure-activity relationships and a crystal structure of a lead compound bound to the mutant IDH2 dimer, they managed to develop a clinical candidate: AG-221. It turns out that AG-221 doesn’t bind to the active site of mutant IDH2. Rather, the compound binds to the spot where the two enzymes meet in the dimer.

Hitting this position in just the right way is tricky, Travins explained. Hydrogen-bonding interactions from the triazine and the two amino groups that flank it are critical.

The compound is in Phase I clinical trials, Travins said, and it’s been shown to lower 2-HG levels to those seen in people without cancer. What’s more, he noted, the drug candidate has few side effects, giving patients a higher quality of life than standard chemotherapeutic agents do.

CFG920, INHIBITOR OF Prostate Cancer With Fewer Cardiac Side Effects 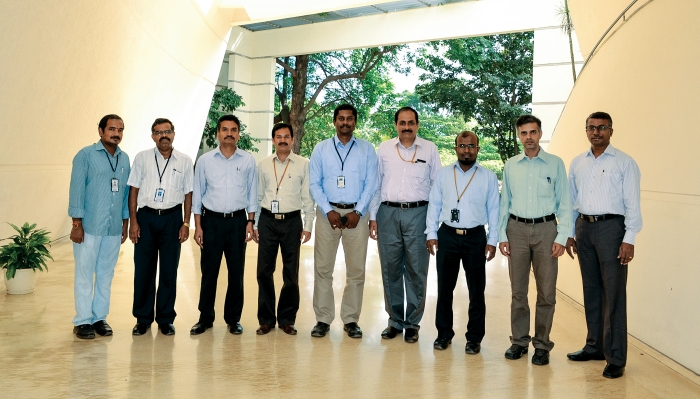 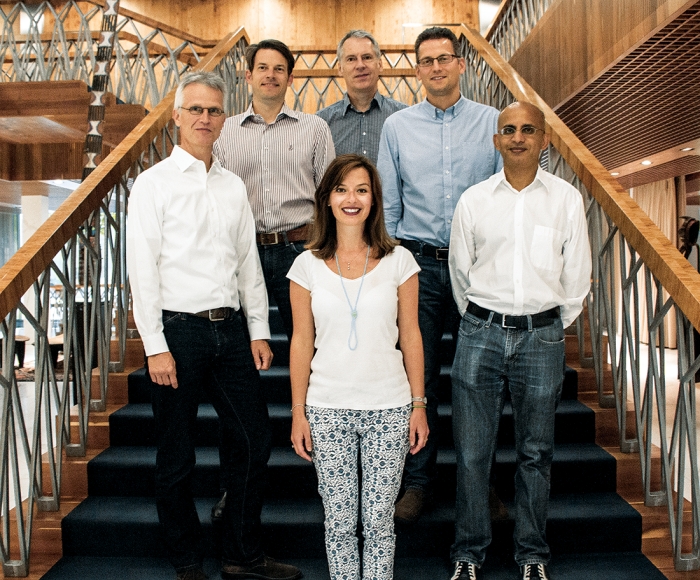 Prostate cancer is the most commonly occurring cancer in men. Doctors often treat the metastatic stage of the disease by depriving the patient of sex hormones via chemical or surgical castration. But if it progresses far enough, the cancer can survive this therapy, transforming into the castration-resistant form. “Once the cancer becomes castration-resistant, the prognosis is poor,” said Novartis’s Christoph Gaul.

In recent years, CYP17, a bifunctional 17α-hydroxylase/17,20-lyase cytochrome P450 enzyme, has emerged as a target for treating castration-resistant prostate cancer. The enzyme catalyzes the biosynthesis of sex hormones, including testosterone, and blocking it can starve prostate cancer of the androgens it needs to thrive.

Johnson & Johnson’s CYP17 inhibitor, abiraterone acetate (Zytiga), a steroid that binds irreversibly to CYP17, was approved by the Food & Drug Administration in 2011. But Novartis scientists thought they could make a better CYP17 inhibitor, Gaul told C&EN. They teamed up with researchers at Aurigene, in Bangalore, India, and came up with their clinical candidate, CFG920.

Unlike abiraterone, CFG920 isn’t a steroid, and it inhibits CYP17 reversibly. It also reversibly inhibits another cytochrome P450 enzyme, CYP11B2, which is involved in the synthesis of the mineralocorticoids, hormones that regulate cardiac function.

Treating prostate cancer patients by lowering their androgen levels turns out to have negative cardiac side effects: Patients’ lipid metabolism is thrown off and their mineralocorticoid levels jump, leading to increases in blood pressure. Those changes can be stressful for the heart. “If prostate cancer patients don’t die because of the cancer, a lot of times they die because of cardiac disease,” Gaul said.

Because CFG920 also keeps mineralocorticoid levels in check, Novartis is hoping the drug candidate will ameliorate some of the cardiac side effects of inhibiting CYP17. The compound is currently in Phase I clinical trials. 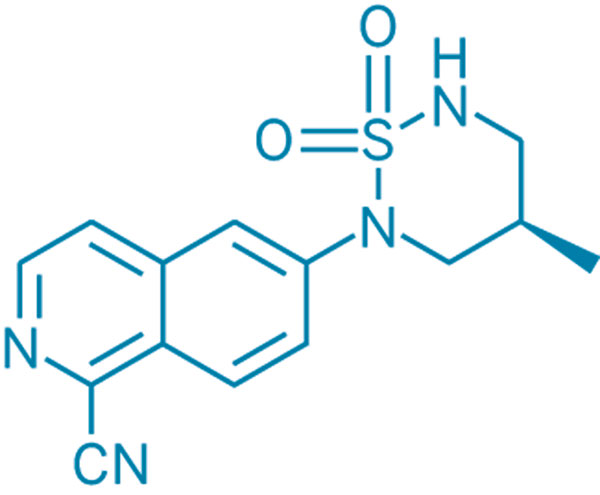 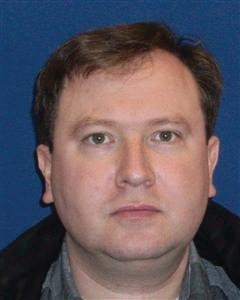 There aren’t many options when it comes to treating weakening muscles caused either by a disease such as muscular dystrophy or atrophy or by sarcopenia, the natural muscle weakening that comes with age. Doctors’ primary option is to give patients testosterone—a hormone with serious unwanted side effects on reproductive organs, the liver, and kidneys. 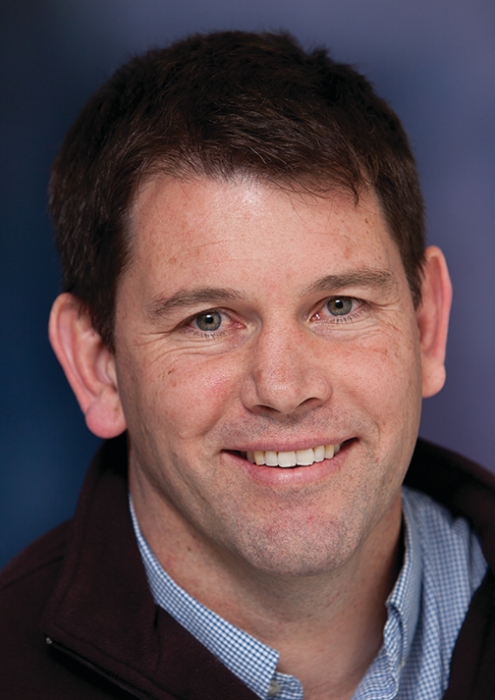 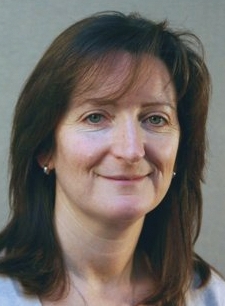 Pfizer’s Eugene Chekler spoke about PF-06260414, a selective androgen receptor modulator, or SARM, the company developed to treat muscle weakening. The idea, Chekler told C&EN, was to develop a nonsteroidal small molecule that would target androgen receptors but wouldn’t have any of testosterone’s negative side effects. 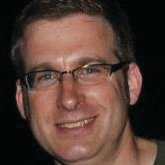 Testosterone’s anabolic properties help develop muscle mass, and its androgenic activity is associated with reproduction. To discover their SARM, Pfizer’s scientists used a novel screening strategy in which they decoupled anabolic and androgenic properties in vitro, Chekler said. Compounds that performed well in the muscle assay but had little effect in an assay that predicts androgenic response were developed further.

PF-06260414’s key pharmacophore is an isoquinoline with a pendant cyano group. The molecule also features a cyclic sulfuric diamide. It has completed Phase I clinical trials. “The market potential for this kind of treatment is huge,” Chekler said. “Improving muscle mass would improve quality of life and may even prolong survival in certain patient populations.”

Drug Discovery
A small molecule in the gut could explain bariatric surgery’s anti-diabetic effects
Vaccines
What will it take to make an effective vaccine for COVID-19?
Pharmaceuticals
Drug ingredients considered inert might have biological activity
Share X
To send an e-mail to multiple recipients, separate e-mail addresses with a comma, semicolon, or both.
Title: Drug Candidates Unveiled At ‘First-Time Disclosures’ Symposium In Boston
Author: Bethany Halford
Chemical & Engineering News will not share your email address with any other person or company.