[+]Enlarge
Credit: BioAmber
BioAmber is now shipping sacks of succinic acid from its plant in Ontario. 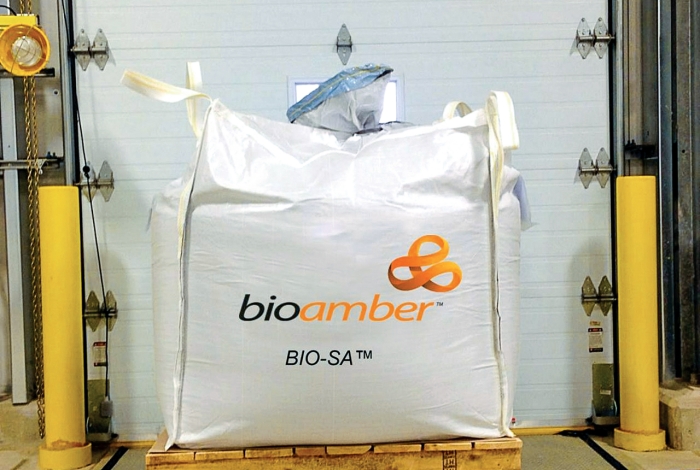 Credit: BioAmber
BioAmber is now shipping sacks of succinic acid from its plant in Ontario.

BioAmber, a producer of the biobased intermediate succinic acid, has initiated commercial shipments from its facility in Sarnia, Ontario. Production at the 30,000-metric-ton-per-year plant started up in August and is expected to reach commercial scale later this month. The milestone is a result, BioAmber says, of better-than-expected performance of its proprietary yeast. Separately, Rivertop Renewables says it has begun commercial production of biobased glucaric acid products at the contract manufacturer DTI in Danville, Va.