Celebrating The International Year Of Light 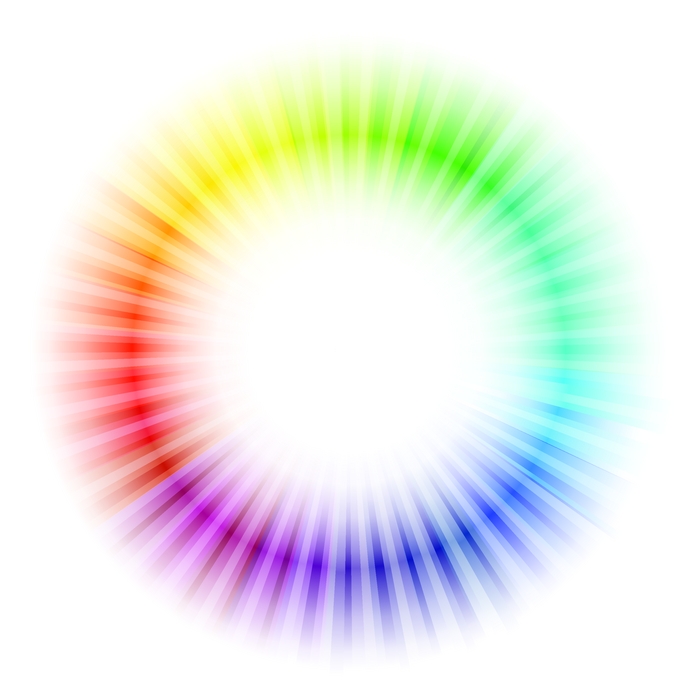 In 1666, Isaac Newton separated white light into a rainbow of colors using one prism, and then he added a second prism that recombined the hues. The experiment led him to a crucial conclusion: Light is a spectrum.

Since Newton’s time, the science of light has advanced well beyond what he envisioned. We now know that “light” can describe everything from a radio wave to a gamma ray and is made of oscillations of electric and magnetic fields. And those oscillations exhibit properties not just of waves, but of particles.

“The history of chemistry itself winds around photochemistry and spectroscopy, for it was at this interface that the nature of the chemical bond was discovered,” wrote Douglas C. Neckers, founder of the Center for Photochemical Sciences at Bowling Green State University, in his 1993 book “Selected Papers on Photochemistry.”

Beyond discovering the nature of the chemical bond, scientists have used light to understand chemical structures from small organic molecules to large protein complexes, reveal the dynamics of molecules undergoing reactions, and create new molecules through photochemistry.

In honor of the United Nations proclaiming 2015 as the International Year of Light & Light-Based Technologies, we’ve highlighted some of the key points in the history of light and chemistry. We also take a look ahead to see how chemists are advancing the use of light to make new discoveries.

Credit: Shutterstock
Over time, the definition of light has expanded from the visible to the full range of the electromagnetic spectrum.

In 1946, Edward Purcell and Felix Bloch demonstrated that radio waves could be used in conjunction with a magnetic field to generate nuclear magnetic resonance and reveal structural details of molecules. A variety of NMR methods with an alphabet soup of acronyms are now staples for elucidating information about small organic molecules, catalyst surfaces, large proteins, and more.

DETECTOR DOWNSCALED
[+]Enlarge
Credit: IBM Research
In a new NMR detector, two adjacent carbon atoms in diamond (yellow-green) are replaced with a nitrogen atom and lattice hole. These vacancy sites (red and black) fluoresce depending on the nuclear spin polarization of a nearby sample, in this case poly(methyl methacrylate) (top structure). The black stripe is a microfabricated wire. 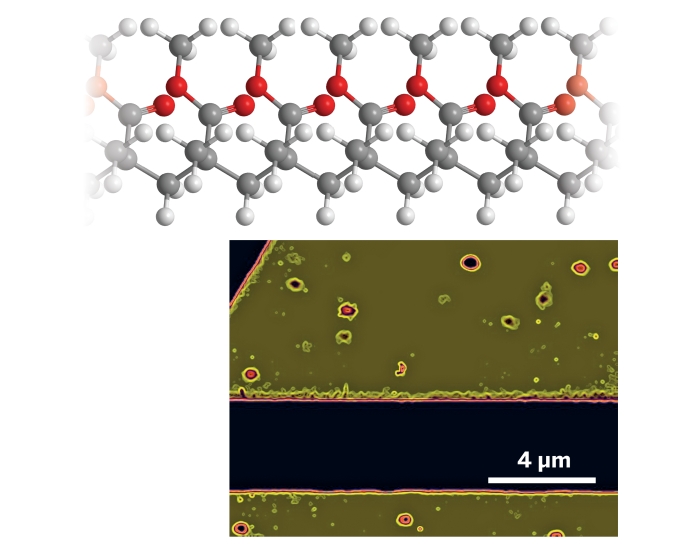 Credit: IBM Research
In a new NMR detector, two adjacent carbon atoms in diamond (yellow-green) are replaced with a nitrogen atom and lattice hole. These vacancy sites (red and black) fluoresce depending on the nuclear spin polarization of a nearby sample, in this case poly(methyl methacrylate) (top structure). The black stripe is a microfabricated wire.

Looking ahead, NMR experts anticipate expanded use of hyperpolarization techniques, which involve adding agents to boost the NMR signals of a sample. Such techniques will enable applications such as mapping cell metabolites and better investigation of surfaces, as well as “applications that we maybe haven’t even thought of yet,” says Lyndon Emsley, head of the Laboratory of Magnetic Resonance at the Swiss Federal Institute of Technology in Lausanne (EPFL).

Also on the horizon are both higher magnetic fields and smaller magnets, adds Robert G. Griffin, director of the Francis Bitter Magnet Laboratory at Massachusetts Institute of Technology. Research magnets are already expanding beyond 1 gigahertz. With advances in superconducting wire technology, those higher fields will come in a smaller package, possibly at lower cost.

And entirely new technology may allow scientists to miniaturize NMR instruments. Microcoils are shrinking magnets, and new detectors are now being made using a nitrogen atom and a lattice hole to replace two adjacent carbon atoms in diamond. This creates a site sensitive to magnetic fields emanating from molecular species outside the diamond detector. As the technology progresses, someday “maybe you’ll swallow something to do some kind of in situ metabolic analysis,” Emsley says. 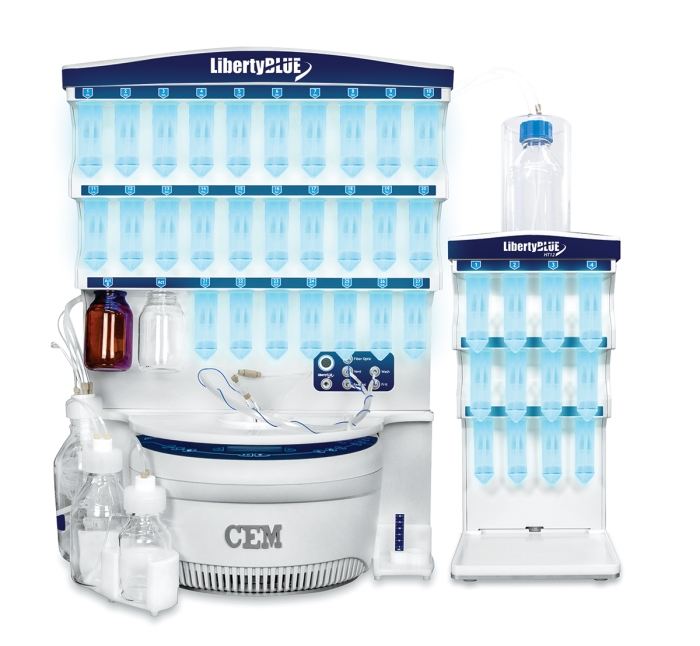 Microwave appliances followed an unusual development path that started in the consumer market—Percy Spencer first developed one to heat food in 1946—then migrated into scientific labs.

The first application of microwaves for chemistry started in the 1970s when scientists used them to dry solids. In the 1980s, microwave use expanded to include heating samples to aid their breakdown in acid for elemental analysis. Chemists subsequently started using microwaves as an energy source for synthetic reactions.

The future will likely bring new applications, says Michael J. Collins, president and chief executive officer of CEM, which manufactures microwave reactors. Scientists may use microwaves to provide energy to and speed up biological sample preparation, such as enzyme digestions in microtiter plates, as well as processing of other samples for chromatographic separations.

Collins also expects to see microwave technology increasingly being used for commercial synthesis of peptides and in flow chemistry, although there are limitations to how far microwave reactors can scale industrially.

The selective heating ability of microwaves might also yield some special effects in nanotechnology. “Nanoparticles can couple strongly with microwaves, so you can do a nanomaterial reaction in seconds that’s just not possible with conventional heating,” Collins says.

Use of photochemistry goes back at least as far as the early 1800s, when Nicéphore Niépce produced the first photoengraved print by coating a surface with a light-sensitive bitumen, laying a print on top, exposing it to light, and then ­washing away the unhardened material. 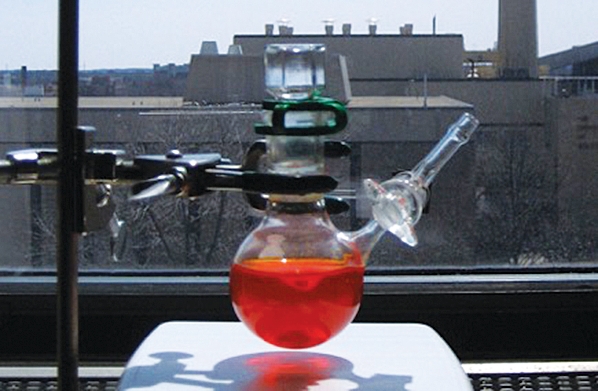 Going forward, photochemistry is poised to make big inroads in the areas of capturing solar energy with chemical bonds and reducing carbon dioxide into chemical feedstocks, in addition to medical therapy and diagnostics.

But there’s a lot that remains unknown about photochemistry, particularly when inorganic compounds are involved. For example, researchers don’t understand why particular transitions between two electronic states occur much faster in some inorganic complexes compared with others. Research that improves our fundamental understanding will enable the field to push forward and develop better catalysts, therapeutics, and other materials, says Claudia Turro, a chemistry professor at Ohio State University.

Meanwhile, pharmaceutical companies are starting to embrace photochemical techniques, which can yield different products than thermally heated reactions. And new methods are being developed to use visible rather than harsh ultraviolet light, as well as to control stereochemistry. “Photochemical synthesis is being translated from a more or less academic exercise to something that can be used for a practical purpose,” says Tehshik P. Yoon, a chemistry professor at the University of Wisconsin, Madison.

Optical spectroscopy dates to 1859, when Robert Bunsen performed the first flame test by placing metal salts in his eponymous flame. Bunsen and his colleague Gustav Kirchhoff then started separating the light emitted by the compounds using a prism, identifying their emission spectra and developing a spectroscope to further their studies. 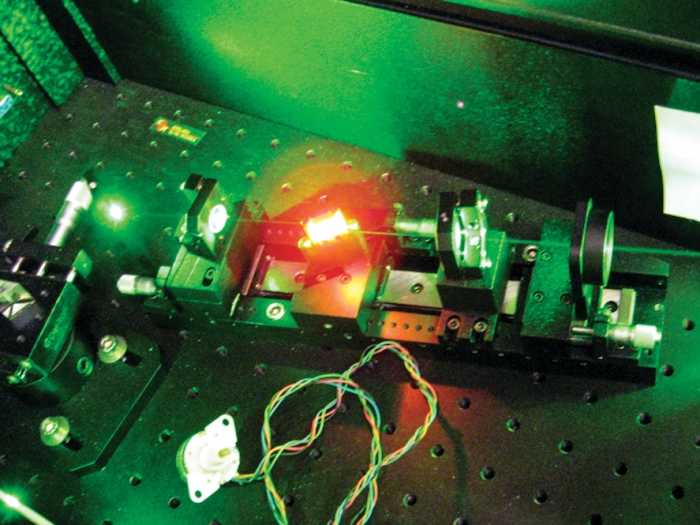 Since that time, chemists have endlessly improved on the spectroscope and developed a variety of techniques to exploit the power of light to probe ever deeper into molecules and chemical reactions.

At the forefront of optical spectroscopy today are multidimensional techniques that illuminate on the femtosecond time scale how reactions progress. The approaches are akin to those used for NMR but applied in the range of infrared to X-ray radiation.

Researchers are also working “to use the quantum nature of light in order to access novel information that is not possible with classical light,” to understand the details of phenomena such as light harvesting in photosynthesis, saysShaul Mukamel, a chemistry professor at the University of California, Irvine.

That involves using techniques such as photon entanglement, in which photons are connected quantum mechanically to each other. “You can detect electronic states that so far have been undetectable with classical approaches,” says Theodore Goodson III, a chemistry professor at the University of Michigan. Entangled photons also allow scientists to probe materials with significantly fewer photons, enabling better imaging while reducing sample damage, as well as new methods for sensing and lithography. 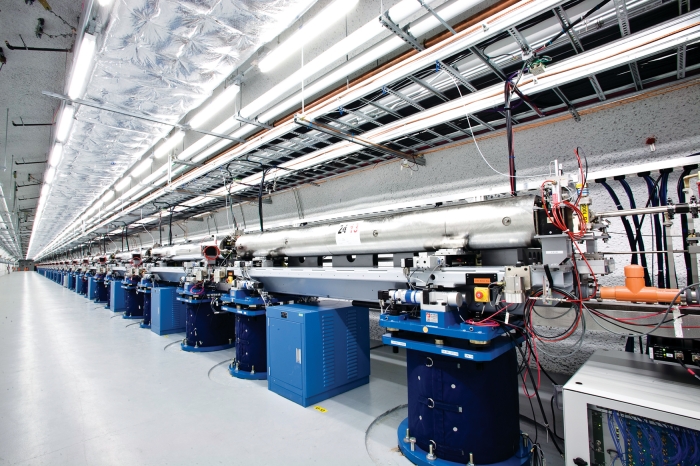 In 1947, a technician at General Electric Research Laboratory used a mirror to peer around a concrete wall that shielded an electron synchrotron accelerator. He was checking for sparking, but what he saw instead was a bright arc of light—the accelerated electrons were emitting radiation, a phenomenon that had been predicted but never before observed.

In 1968, the first storage ring was built to hold electrons in a circular orbit that would produce a stable source of far-ultraviolet and X-ray radiation. In the years since, chemists have depended on such light sources for spectroscopic and crystallographic studies. Each new generation of synchrotron yields more intense light. “The promise there is to be able to do nanoscale imaging—true imaging of structure on the nanoscale in three dimensions with chemical resolution,” says Roger Falcone, director of Lawrence Berkeley National Laboratory’s Advanced Light Source. Such imaging will aid research in areas such as catalysts, microprocessors, and water filters.

To download a pdf of this article, visit http://cenm.ag/lightchem.

And then there are the so-called free-electron lasers, which are also produced by accelerating electrons and yield even more brilliant light. Several exist worldwide to provide lower-energy “soft” X-rays that allow scientists to identify elements, while the Linac Coherent Light Source at SLAC National Accelerator Laboratory produces high-energy “hard” X-rays necessary for structural studies.

Key to using those hard X-rays is producing them in very short, extremely intense pulses. Such pulses allow for collection of diffraction data for a tiny crystal or even single molecules, in addition to step-by-step monitoring of reaction dynamics.

Tune in on Oct. 21 to learn about the fields of photonics and plasmonics in a webinar featuring Harald Giessen of the University of Stuttgart, Luis Liz-Marzán of Spain’s Centre for Cooperative Research in Biomaterials, and Jennifer Dionne of Stanford University. Register at http://cenm.ag/photonics. 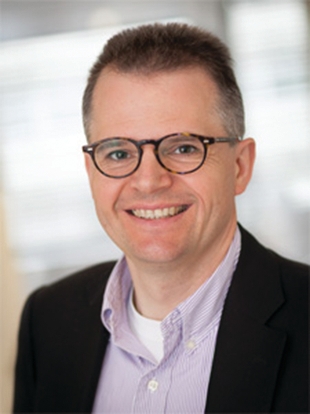 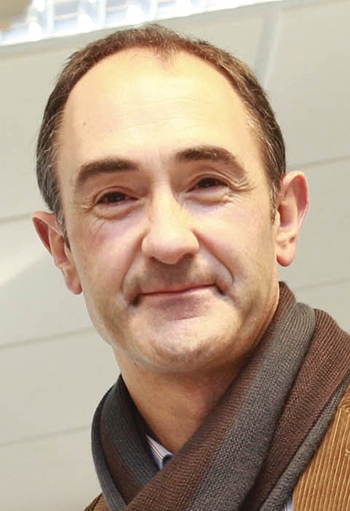 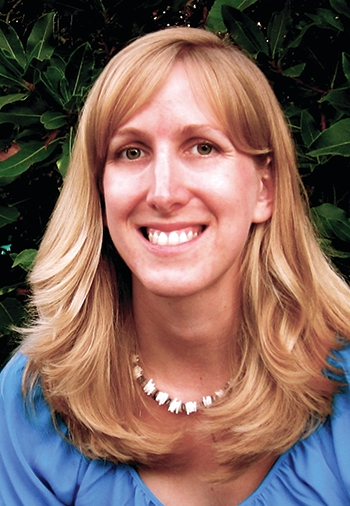 Comments
A R (October 16, 2015 2:19 PM)
Hello,
This article ignored an important band of light called "terahertz radiation" or T-ray, that is in between the infrared and microwave. A futuristic analysis of the progress of light and related activities should not ignore this important segment of energy on the EM spectrum. See for example a wikipedia article: https://en.wikipedia.org/wiki/Terahertz_radiation
Reply »

ramazan toptaş (October 19, 2015 2:30 AM)
Newtonian three; According to the rules of the road can be multiples of the speed of light. Browse. https://www.youtube.com/watch?v=Tf3xaWP4ims
Reply »