Firms Get Funding From Breakout Labs

FROM THE GECKO
[+]Enlarge
Credit: nanoGriptech
A 3-inch square of one-sided tape using nanoGriptech’s Setex dry adhesive supports the swing and its occupant. 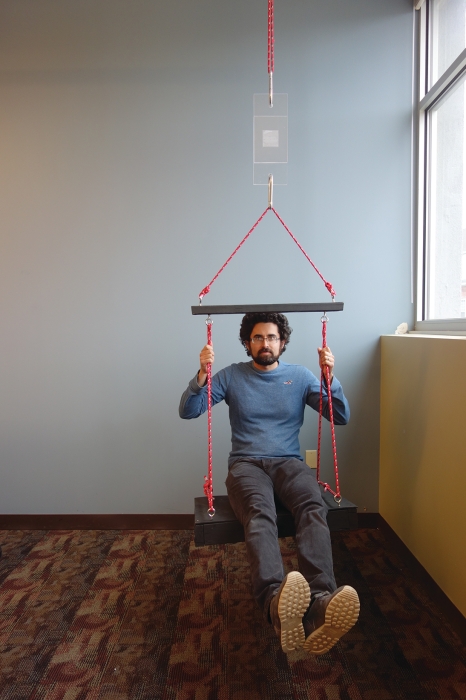 Four technology companies are receiving $350,000 each to support their development. The investment comes from Breakout Labs, a program of the philanthropic Thiel Foundation, which has funded 26 U.S. firms since 2011. With an emphasis on the intersection of biology and technology, Breakout Labs chooses companies in which to invest through an application process.

“We’re always hearing about bold new scientific research that promises to transform the world, but far too often, the latest discoveries are left withering in a lab,” says Lindy Fishburne, executive director of Breakout Labs. The early-stage funding is aimed at helping small companies get past initial R&D and business hurdles.

—CyteGen is tackling age-related decline and neurodegenerative diseases by combining different approaches and expertise across eight universities. With headquarters in Shorewood, Wis., it is carrying out its research at the University of Wisconsin, Madison; the Medical College of Wisconsin; and Northwestern University.

—C2Sense, in Cambridge, Mass., is developing inexpensive, hand-held chemiresistive gas sensors based on carbon nanotubes to detect fruit ripeness and meat, fish, and poultry freshness. Founded in 2013, the company emerged from technology developed at Massachusetts Institute of Technology.

—Maxterial is developing anticorrosion coatings for metals on the basis of the finding that modifying a metal’s surface texture with a microlayer of air pockets greatly increases water repellency. The firm’s technology originated at Virginia Tech.

—NanoGriptech manufactures strong, lightweight, and reusable adhesive materials inspired by the micro-/nano-scale foot-hairs of the gecko lizard. The six-year-old firm is a spin-out of Carnegie Mellon University.

Under its research grant program, Breakout Labs will invest up to $350,000 in exchange for a royalty stream and equity interest if the company successfully commercializes a product. Applicants are required to deposit data generated by their projects in appropriate repositories and to pursue open access publication.

In addition supporting R&D projects, Breakout Labs helps its portfolio companies find potential follow-on funding and other resources to build their businesses. Companies in its portfolio have gone on to raise more than six times the amount of capital invested in them by the program, according to Breakout.

Breakout Labs and the Thiel Foundation were set up by entrepreneur and investor Peter Thiel. He started PayPal in 1998 and was an early investor in Facebook, LinkedIn, Yelp, and other technology start-ups. Thiel now is a partner at the Silicon Valley venture capital firm Founders Fund.