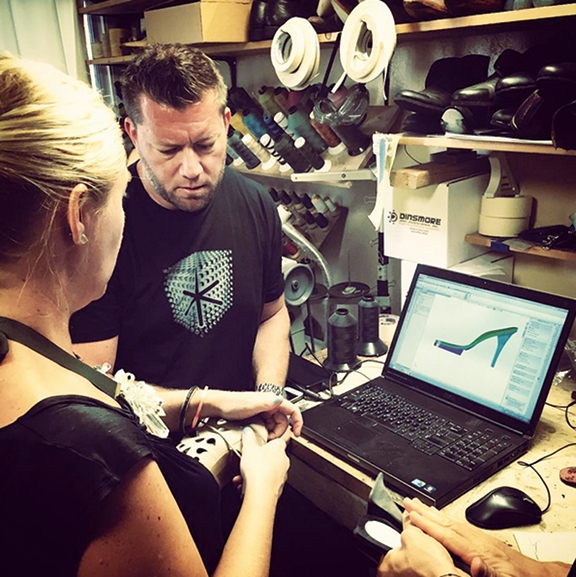 People pay a lot of money to painfully teeter around on thin metal rods. For decades, shoemakers—Big Heels, if you will—have pedaled their uncomfortable shoes to bipedal fashionistas to build a $40 billion-a-year industry, says Dolly Singh, founder of Thesis Couture.

Singh, a former recruiter for the private space technology company SpaceX, decided she was done compromising. So she assembled an impressive team at Thesis to create what many thought to be impossible: a comfortable, stylish stiletto.

“It is possible,” Singh tells Newscripts. “Stiletto design is archaic.”

Singh, however, hired engineers. She hired an astronaut, a rocket scientist, and Amanda Parkes, who is among the world’s first professional fashion scientists. Parkes earned an engineering degree from Stanford University and a doctorate in media arts and sciences from Massachusetts Institute of Technology.

Thesis Couture is about 98% of the way to finishing a stiletto that feels like a wedge, Singh says. The designers took the biggest single step when they replaced the metal rod traditionally used to give heels their lift with a strong but forgiving polymer resin mixture.

The team is now fine-tuning the shoe design to optimize its weight distribution and aesthetic appeal. The stilettos should be available later this year or early next year, with prices ranging from about $350 to $925 for the “red carpet look,” Singh says. She also hints that Thesis may branch out to other shoe styles in the future: “Once you solve the stiletto, everything else is easy.”

Like futuristic footwear, ancient microbes might also be able to help keep people on their feet longer. Anatoli Brouchkov, head of the geocryology department at Moscow State University, says he drank million-year-old bacteria, and he tells the Russian TV network RTthat he’s been working longer and hasn’t gotten the flu in two years. 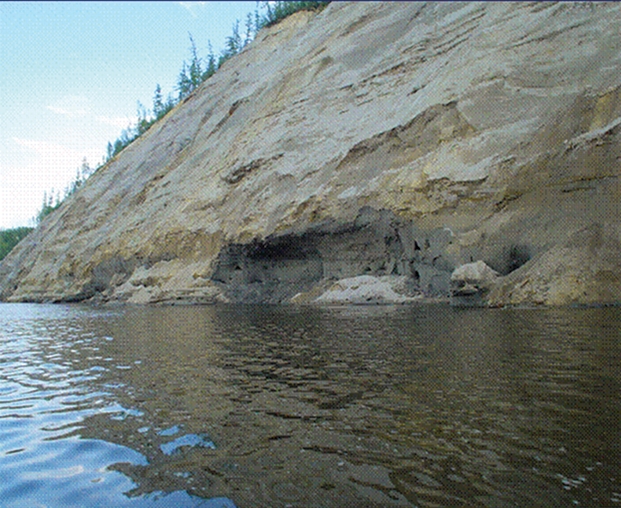 “It is a mystery how they survive,” Brouchkov writes to Newscripts. The team is working to unravel that mystery, but they suspect that higher organisms could benefit from the microbes in the meantime. They conducted preliminary studies of the bacteria in mice and fruit flies, and Brouchkov says he had the opportunity to drink water with bacteria during the team’s expedition.

Although this might sound unusual, he says that more and more people will “receive these organisms with water” as permafrost continues to melt because of global warming and other factors.

“It is obvious that the gentleman is exploring some interesting ideas,” says Jack A. Gilbert, the group leader for microbial ecology at Argonne National Laboratory, but stresses it will be impossible to ascertain the effects of Brouchkov drinking the microbes.

“The potential to use environmental microorganisms to augment your microbial ‘health’ is real, however,” Gilbert tells Newscripts, but more scientific research will be needed to capitalize on that potential.

Materials
Tough, self-monitoring composites inspired by nacre
Materials
Military may get mushroom buildings
Environment
Enabling Flexible Buildings
Share X
To send an e-mail to multiple recipients, separate e-mail addresses with a comma, semicolon, or both.
Title: Solving The Stiletto, Prehistoric Probiotics
Author: Matt Davenport
Chemical & Engineering News will not share your email address with any other person or company.