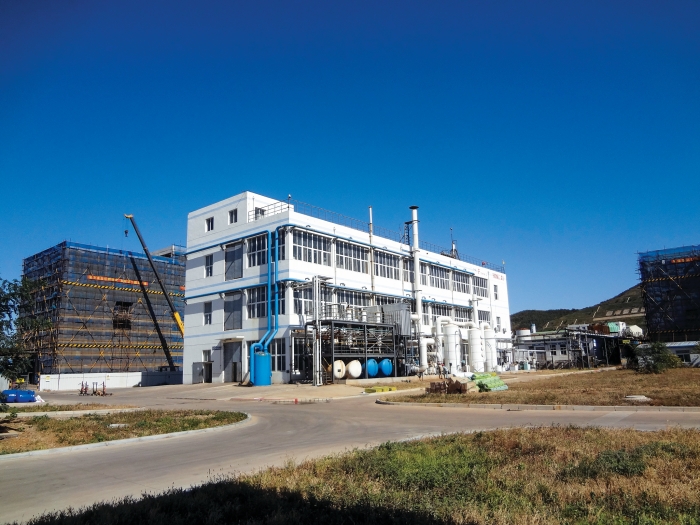 Credit: Flamma
Flamma continues to build at its research and manufacturing facility in Dalian.

There is a notion of an archetypal Italian pharmaceutical chemical producer. It entails a feisty entrepreneur who starts small, sometime in the 1950s, and builds a business big enough to hand over to a son or a daughter. The offspring goes off into the world to do business with huge drug companies, all the while somehow managing to remain obscure.

The archetype describes an ethos and culture, rooted in small-scale operations and family ownership, that is distinctly Italian. As with any archetype, however, an exemplar is just as often an exception to the common understanding.

Consider Fabbrica Lombarda Amminoacidi, or Flamma, a company founded in 1950 by Marco Maria Negrisoli, a urologist. Negrisoli got his start producing amino acids and derivatives. Over the years, under price pressure from foreign producers, mostly Japanese, Negrisoli branched out into antibiotics but retreated when it became impractical to make antibiotics and amino acids in the same facility.

Encouraged by customers who asked for special projects, the company steered toward custom manufacturing for pharmaceutical, cosmetic, and other markets, developing expertise in chiral chemistry based on amino acid building blocks. In 1985, Negrisoli handed the reins to his son, Gianpaolo, 63, who is currently chief executive officer.

Business grew, and by the mid-1990s the firm needed to expand production beyond the 40 m3 of reactor capacity at its plant in Bergamo in northern Italy. But the city would not allow a larger operation, so Gianpaolo Negrisoli started to look elsewhere.

He ended up in nearby Chignolo d’Isola, where in 1996 he opened a 60-m3 facility. It was upgraded several times through 2007 and today comprises three buildings totaling 125 m3 of reactor capacity. The plant received its first successful inspection by the U.S. Food & Drug Administration in 2009.

It was around the time of the move to Chignolo that Flamma began to shed the mantle of the Italian archetype. Negrisoli decided to embark on the potentially fraught process of establishing R&D and manufacturing in China. His goal was to achieve cost savings, especially for the manufacture of starting materials, and to gain better control of the supply chain. 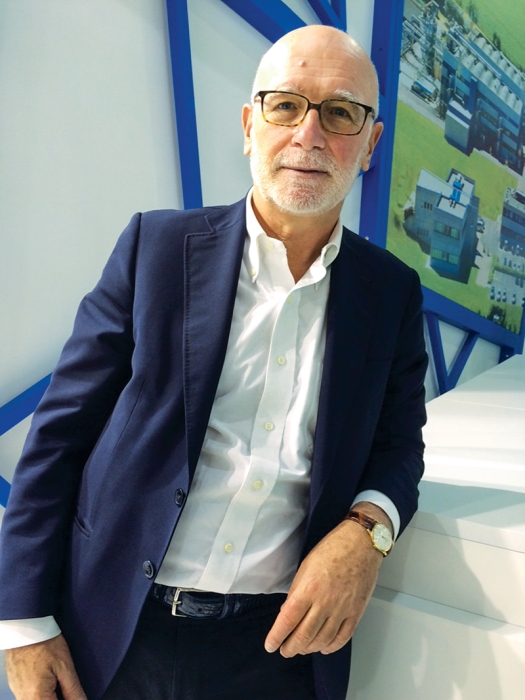 On his first visit to China in 1994, Negrisoli began scouting for partners. In 2001, Flamma formed a joint venture with Shine Star Biological Engineering, an amino acid manufacturer in Hubei province. “But, as usual, a joint venture in China doesn’t work,” Negrisoli says. “I didn’t speak Chinese; they didn’t speak English. I’d chosen a location far from the east coast in a rural area, and I didn’t succeed in finding any chemists who spoke English willing to relocate there.”

Also, the Chinese partner’s amino acids, derived from animal products rather than fermentation, were limited to use in nonpharmaceutical markets such as cosmetics. Negrisoli decided to reduce his share of the venture to a minority stake and try setting up in a technology park close to Shanghai.

There, he figured, the company could tap into local chemistry talent and hire a general manager with a Western background. “The idea was to have an extension of our R&D in Italy,” he says.

But that didn’t work out either. Negrisoli came to view China as too heavily focused on production without enough regard for quality and safety. “And their factories are not so good,” he says.

He kept his eye out for new options, and in 2008, started a partnership with a Dalian-based company, Dalian Honkai, that was building a pharmaceutical chemical factory. The companies collaborated on manufacturing projects, and Flamma eventually paid about $4 million for a 50.1% stake in the operation. It began making intermediates for shipment to Italy, where Flamma was beginning to produce active pharmaceutical ingredients certified to FDA’s current Good Manufacturing Practices (cGMP ) quality standard.

But Negrisoli again began to develop quality and safety concerns. Flamma’s partner agreed to be bought out for another $4 million rather than invest in plant upgrades. Flamma made the investment, totaling more than $3 million, and now is adding two new buildings housing manufacturing, R&D, and administration offices. It expects to spend an additional $20 million in China over the next three years. The firm hopes to establish cGMP production there in 2017.

Back in Italy, meanwhile, Flamma’s business continued to pick up, and Negrisoli was turning his attention west. He hired a business development manager, Kenneth Drew, based near Boston, in 2010. Two years later, he acquired a plant from Archimica in Isso, Italy, to provide backup for the at-capacity facility in Chignolo.

The company has grown from 130 employees in 2010 to 409—40% of whom are in China—today. Annual sales are about $70 million, and Negrisoli plans to add R&D facilities and manufacturing capacity at its home base within the next two years.

Drew, a Ph.D. organic chemist who previously worked at the custom drug chemical maker Cambrex, has the job of elevating Flamma’s profile in the U.S., where it is not nearly as well-known as it is in Europe. Recently, in his push to bolster the brand, he was master of ceremonies at a bonfire Flamma hosted at the annual Pharma Chem­Outsourcing meeting in Long Branch, N.J.

Flamma also has honed its marketing strategy by working with Roger LaForce, a consultant who previously was business manager for Fabbrica Italiana Sintetici (FIS), a larger Italian pharmaceutical chemical manufacturer. LaForce, a Swiss, was handed a similar image enhancement job at FIS when he joined the company 10 years ago.

U.S. drug companies are more familiar with Flamma now than they were five years ago, LaForce says, and he notes that the firm is well positioned for growth. He likes how it has developed in China, where having full ownership of facilities that mirror European operations is a must. Of the family-owned European chemical firms, only Lisbon-based Hovione and Barcelona-based Esteve Qúimica, LaForce notes, have blazed a similar trail of foreign expansion.

Having a strategy that can only be compared to those of companies in Portugal and Span is just one way that Flamma breaks the Italian fine chemicals company mold. But Drew emphasizes a core theme that is essential to the Italian archetype as well as Flamma’s success: tenacious family ownership.

“It’s great to have an owner who could retire and hang out or go skiing,” he says, “but who is such a leader and businessman that he is investing back in the company.”