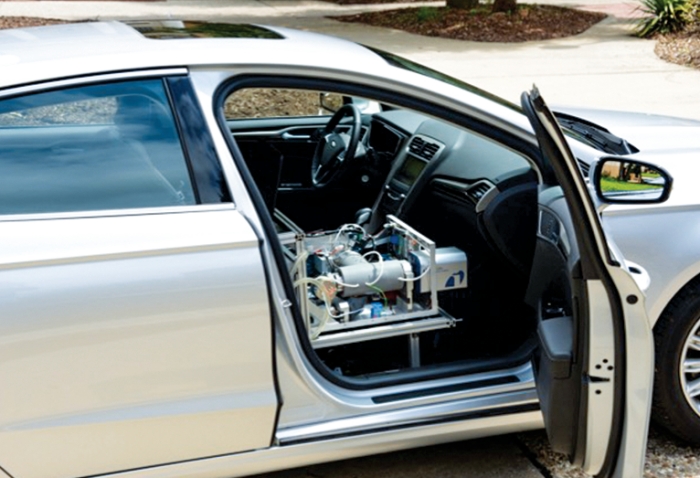 These vehicular bloodhounds incorporate a portable mass spectrometry system within a Ford Fusion for covert detection of clandestine methamphetamine laboratories. “Most meth is sold on the street as soon as it is made, so the key is to measure aromatic precursors and by-products,” Verbeck says.

Verbeck’s team uses a mock mobile home park they call Crime Scene City for real-world testing of the system. The scientists heat a stew of methamphetamine chemicals on a hot plate inside an empty mobile home bathroom and then use their car-mounted mass spec to locate the meth brew.

“People have been really excited to hear about the project, and they immediately associate it with the TV show ‘Breaking Bad,’ ” Ethan M. McBride, a graduate student who worked on the project, tells Newscripts. He and another graduate student coauthor, Phillip M. Mach, are currently working on a next-generation system that nonscientist law enforcement personnel can easily use, they say.

The group is also investigating the technology’s potential use in explosives detection, such as identifying roadside bombs. “It would be a dream to have something I developed save a life,” Mach says.

Verbeck has partnerships with Denton County, Texas, and Inficon, a Swiss instrument manufacturer, to further develop the mobile meth-detecting technology.

Cars are not the only everyday items getting a sensory upgrade; sensors are now finding their way into chewing gum. Stretchy, sticky, chewy biosensors are what Malcolm Xing, Mohammad Ali Darabi, and coworkers from the University of Manitoba report this month in ACS Applied Materials & Interfaces (2015, DOI: 10.1021/acsami.5b08276).

The story behind the gummy biosensors began when Xing saw a need for cheaper alternatives for devices that monitor bodily motions, such as breathing. “Biosensors are often expensive, so why not design a simple, economical one?” Xing asks. 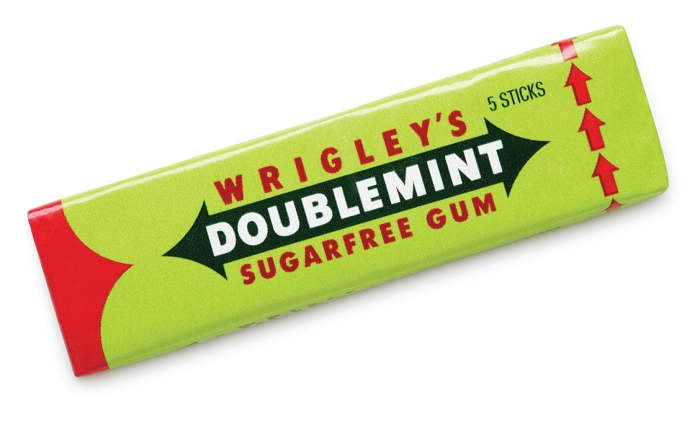 One day while masticating the sweetness out of Wrigley’s Doublemint gum, Xing had a eureka moment: Gum is already safe for consumption, shapable, and expendable, so it is the perfect material to use for building sensors, Xing tells Newscripts.

Xing’s team makes sensors from commercial chewing gum, which they thoroughly chew for at least 30 minutes. They then apply carbon nanotubes to the surface of the gum to make it conductive.

The researchers then set the carbon nanotube chewing-gum sensor into a necklace. As the gum stretches from bodily motion, it gives characteristic electrical signals that are used to deduce when the necklace wearer’s head moves left and right or up and down, or even when the wearer sneezes.

“In the beginning, I didn’t think chewing gum could be used as a sensor,” Darabi, a second-year graduate student and a coauthor of the study, says. But after working some of the quirks out and demonstrating that the sensor can monitor breathing, he was convinced otherwise. The Newscripts gang asked Darabi whether the gum could still be chewed after modification. He says he hasn’t attempted it, and he strongly discourages anyone from trying.