The Making Of MilliporeSigma

NOT TOO HOT TO HANDLE 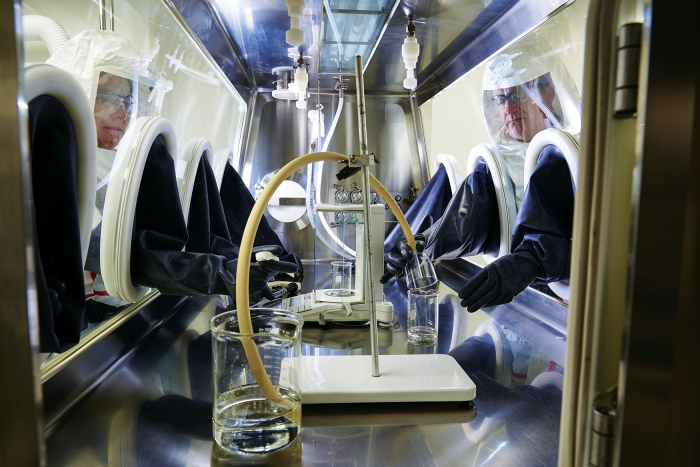 On Nov. 18, Merck KGaA closed on the biggest acquisition in its 347-year history: the $17.0 billion purchase of the research-chemical supply house Sigma-Aldrich.

Announced in September 2014, the deal took more than a year to close. A major impediment was concern by European Union regulators that Merck would have too much market share in Europe’s lab chemical market. It was removed in late October when Honeywell International agreed to pay $120 million for some of Sigma’s solvent and inorganic chemical businesses.

The completion of the deal creates a laboratory supply powerhouse with more than $6.0 billion in annual sales—about 45% from Sigma—and annual operating earnings of $1.7 billion based on combined 2014 results. Merck also has large health care and performance materials divisions.

The new business will be called MilliporeSigma in the U.S., where Merck & Co. has rights to the Merck name, and Merck Life Sciences elsewhere.

The acquisition is an even larger laboratory supply combination than Thermo Fisher Scientific’s 2013 purchase of Life Technologies for $13.6 billion. Both deals created leading life sciences suppliers in a field that also includes Waters Corp., Agilent Technologies, Bio-Rad Laboratories, and Sartorius.

To date, Merck hasn’t detailed its plans for Sigma-Aldrich. But Udit Batra, 44, the Merck executive charged with running the combined operation, recently sat down with C&EN to explain why the venerable German firm saw promise in Sigma-Aldrich and how it plans to integrate the U.S. company.

Sigma came on Batra’s radar screen in March 2014. That was when Batra, a chemical engineer with bachelor’s and Ph.D. degrees from the University of Delaware and Princeton University, respectively, got the job as chief executive officer of Merck Millipore, Merck’s lab supply business. It was known as EMD Millipore in the U.S.

As Batra recalls, he got the position on the condition that he and his team figure out “what we should do with Millipore and where we could make a transformational move.”

Previously, Batra had led Merck’s over-the-counter drugs business, turning it around from a money loser that the firm was thinking of selling to a money maker that it still owns. By contrast, when he got the Millipore job, the business was doing well. 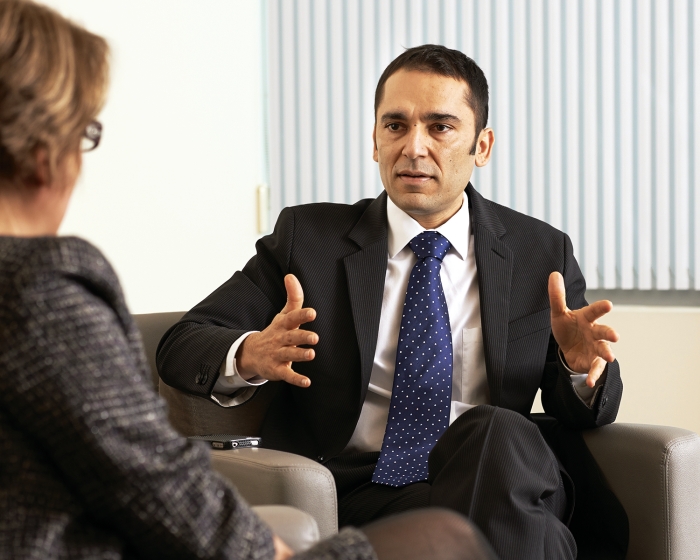 Merck had acquired the Millipore filtration and laboratory supplies business for $7.2 billion in 2010, combining Millipore with its own laboratory chemicals business. But after four years Merck knew that it still lacked heft as a life sciences supplier, especially in the U.S. lab chemicals market, Batra says. The firm also needed a more robust e-commerce presence.

But for Merck to fix these shortcomings alone would have taken six to eight years and many hundreds of millions of dollars. Sigma, he and his team realized, would provide an instant solution.

“Others on the board, especially Merck Chairman Karl-Ludwig Kley, had been thinking for years of bringing Sigma together with Merck,” Batra notes. “But our plan was the catalyst.”

Among the Sigma services that Merck coveted was a Web-based laboratory supply store that, according to Batra, is not unlike the consumer goods operation run by the Web retailer Amazon.

A scientist who arrives on Sigma’s website looking for an obscure intermediate will also be offered related intermediates and access to relevant research papers, Batra says. Before long, that scientist might have three or four items in the checkout cart, making for a more substantial order for Sigma. Twenty-four-hour delivery service allows the scientist to advance her research project more rapidly, he explains.

Merck now will add its own inventory to the 300,000 products—in even more packaging variations—already available from Sigma.

And it’s not just chemicals that will be combined. For instance, Merck’s antibody offerings and its Amicon line of small filters should be available through the site in the U.S. and Europe within a year, Batra says. Overall, he adds, the combination will go a long way to making the new MilliporeSigma a one-stop shop.

The combination with Sigma will significantly boost Merck’s involvement in the U.S., where the Sigma name is “synonymous” with research, Batra says. It will also help Merck expand in emerging markets such as South and Central America. And in China, “we will double the size of our business,” he says. 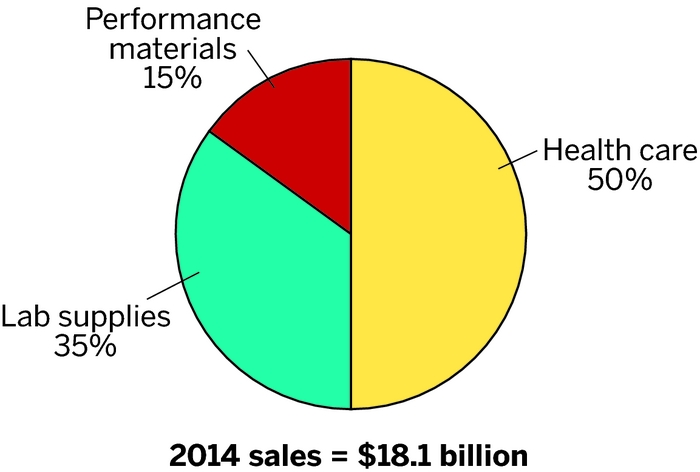 The acquisition also brings with it Sigma’s market-leading cell-culture-media product line, Wendorff points out, filling a gap in Merck’s portfolio. But key to the deal is Sigma’s Web-based sales platform, he says, noting that its more than $1 billion in annual sales dwarfs other firms’ Web outlets in both size and breadth.

Louise Pearson, an analyst at the German investment bank Berenberg, predicts that, with Sigma, Merck’s life sciences business will contribute 39% of corporate earnings in 2018—the same as from its health care business—up from 19% in 2013.

To realize the combined business’s full earnings potential, Merck expects to spend more than $400 million over the next three years on integration. Some jobs will be lost in the process.

“We haven’t sorted out the details,” Batra says. “But you would expect efficiencies in administration, manufacturing, product development, and even at some point in sales.” In the end, Merck expects to achieve annual savings of about $350 million.

But consolidation does not mean Merck envisions exiting what Batra calls “historic centers of excellence,” such as the greater Boston area, where Merck develops new biotech process connectors and filters.

The same logic applies to sites in Molsheim, France, and St. Louis. In Molsheim, Merck focuses on lab water purification and biomonitoring. St. Louis is home to Sigma’s main synthesis labs. “We have many highly skilled people congregated in those areas,” Batra says.

He doesn’t expect Merck to explore other large lab supply acquisitions for another two to three years. But reagent deals with academic centers and distribution agreements with small lab supply houses will continue. And Batra says he’d like to bolster partnerships with companies developing food and beverage biomonitoring techniques.

Tests for food bacterial contamination can take as long as 10 days—often after products are shipped. “We want to gain access to tests that give results in hours. We are already talking to a few companies on developing partnerships for such tests,” Batra says.

According to the CEO, prospects for growth in the coming years are good. Biologic drugs continue to be strong, keeping demand for filters and media growing at 15 to 20% a year. “In 2014, the number of molecules FDA approved nearly doubled, and more than one-third of them are biologics and specialty drugs,” he points out.

China offers a growing market too, Batra says. For instance, the pharmaceutical services firm WuXi AppTec has 14 single-use bioreactors for making biologic drugs. “Large multinationals in Europe and the U.S. think a long time before they install just one such production line,” he says. Merck is a major provider of single-use reactors.

To service the growing China market, Merck expects to soon acquire a site in the country. The first products to be made there would be lab chemicals and biomonitoring media for the local market, Batra says.

In the short term, Batra isn’t as bullish on the Indian market. In the contract research segment, customers don’t appear to value the high-quality chemicals Merck supplies, Batra says. But he sees opportunities to supply production equipment to export-oriented Indian drugmakers.

Even though Merck’s health care division is itself a drugmaker, Batra says he sees no reason why other drug companies shouldn’t trust his division as a lab products supplier. “Our interest is in developing technologies, chemicals, and materials that accelerate drug discovery, drug development, and broad access to health care,” he says.

Merck’s health care division has a dedicated sales team. Even within his business, Batra says, there are strict rules to keep customer information confidential. “The team that serves Novartis doesn’t talk to the team that serves Amgen,” he says. “Our account teams are not allowed to talk to each other. If they did, our business model would fail.”

The Millipore-Sigma combination is focused “on the equipment and technology development side of the pharmaceutical business and not on the drug molecule,” Batra says. “Our goal is not to come up with new molecules, but to accelerate access to those molecules.”

Given the products, services, and e-commerce power that Merck and Sigma together provide, Batra contends “there is no obvious gap” in what it can do for customers. “Our aspiration is to grow faster than our competitors.” And Batra expects to succeed because, as he says, “we understand our customers’ point of view.” ◾

Business
Avantor to buy lab supply firm VWR
Business
Honeywell carves out a niche in lab chemicals
Business
A Big Deal For Chemists
Share X
To send an e-mail to multiple recipients, separate e-mail addresses with a comma, semicolon, or both.
Title: The Making Of MilliporeSigma
Author: Marc S. Reisch
Chemical & Engineering News will not share your email address with any other person or company.