With The Help Of Electronics, Fitness Clothing Is Getting Smarter 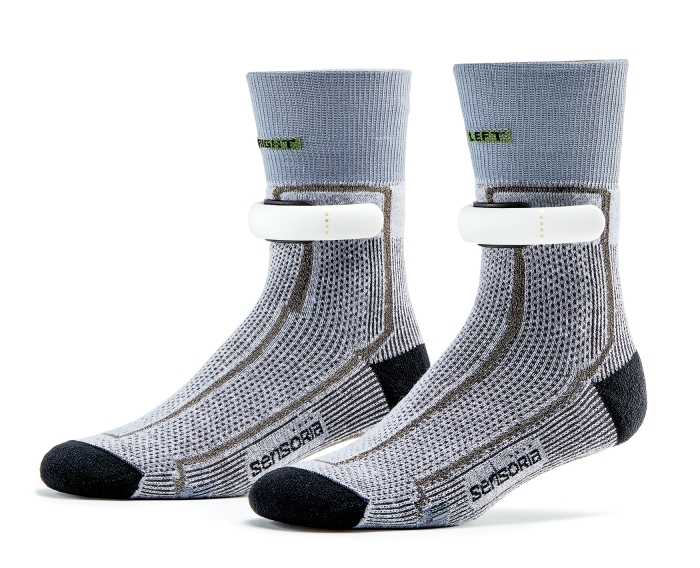 Textile technology and the “Internet of Things” shook hands last month in the heart of Silicon Valley. But the meeting wasn’t so much about silicon as it was about conductive inks and stretchable circuit-printed films.

Materials suppliers, component makers, and apparel developers gathered at a printed-electronics conference in Santa Clara, Calif., within a short drive of tech giants such as Google and Apple, to compare notes on embedding electronics into the routines of daily life. A notable theme was the effort to stealthily place sensors on exercise shirts, socks, and shoe soles so that athletes and fitness buffs can wirelessly track their workouts and doctors can monitor the health of their patients.

“Wearable technology is becoming more wearable,” said Raghu Das, chief executive officer of IDTechEx, the consulting firm that organized the conference. By that he meant the trend is toward thinner and more flexible devices that include not just wrist-worn fitness bands but also textiles printed with stretchable wiring and electronic sensors, thanks to advances in conductive inks.

Many of these new wearable soft circuits, Das noted, are being designed as fashion accessories to wirelessly connect to the Internet via Bluetooth, Wi-Fi, and a variety of interpretative apps.

Efforts to integrate sensors into textiles have been going on for some time, according to Mounir Zok, senior sports technologist for the U.S. Olympic Committee. But he dates the beginning of wearable technology to 2002, when relatively small electronic devices first began to replace the probes, electrodes, and masks that athletes wore while tethered to monitoring equipment in training labs.

Devices to measure heart rate, power, cadence, and speed can lead to improved performance for athletes, Zok explained. Many of the first wearable devices designed for track and field were cumbersome and interfered with performance. But the smaller, more flexible, less power-hungry devices available today are helping Zok and his colleagues better monitor athletic improvements.

Olympic athletes have the wherewithal to benefit from Zok’s specialized technology, but weekend warriors are already using silicon-chip-enabled heart rate and distance-tracking devices such as Fitbit and Microsoft Band. Some are even donning newly available sensor-equipped fitness apparel from firms such as Sensoria.

In fact, Zok was one of the judges who took an interest in Sensoria’s Smart Socks and gave them the Best New Wearable Technology Device Award at the IDTechEx show that ran alongside the conference. Inside each sock are three soft textile patches “chemically treated to be variable resistors,” explained Sensoria founder Maurizio Macagno, who, along with the two other cofounders, had worked for Microsoft.

Stretchable silver-based conductive yarns knitted into each sock connect the sensors to a magnetic Bluetooth electronic anklet that transmits data to a mobile app to keep track of foot landings, cadence, and time on the ground. The data are intended to help runners improve their form and performance, Macagno said. Two pairs of socks and an anklet cost $200.

Sensoria has also developed a fitness shirt that includes a polymer electrode strap to track a runner’s heart rate.

Nagase ChemteX developed its inks by making the rigid conductive polymer poly(3,4-ethylenedioxythiophene), also known as PEDOT, stretchable. PEDOT doped with polystyrene sulfonate is widely used as a static-dissipating coating, noted Shingo Shinohara, an assistant manager at the firm. Nagase developed a variant that can be made into an ink flexible enough to screen-print on a textile and still stand up to more than 100 wash cycles, he said.

DuPont’s flexible inks for textiles, in contrast, are based on silver. The company adapted them from the conductive silver pastes it supplies to makers of silicon-based solar cells.

Michael Z. Burrows, business development manager for DuPont Microcircuit Materials, said the stretchable inks can be printed on a film made of an elastomer such as a thermoplastic urethane. The printed film can then be bonded to a variety of natural and synthetic fabrics using traditional laminating techniques.

A companion encapsulant DuPont also developed could be applied to the printed film to make it washable, Burrows said. As is the case for competing products, electronics printed on the film would still need to be married to a module containing conventional silicon-based communications chips and a battery to connect to the Internet.

An early adopter of DuPont’s conductive inks for textiles is Berkeley, Calif.-based BeBop Sensors. The inks enabled founder Keith McMillen to design a thin shoe insole integrated with piezoresistive-fabric sensors and silicon-based electronics. The insole is capable of measuring a wearer’s gait and foot pressure.

Other conceptual textiles from BeBop include a car steering wheel cover that senses driver alertness and weight-lifting gloves that sense weight and load distribution between hands.

An acoustic engineer by training, McMillen got involved with electronics-enabled textiles when he developed a wireless violin bow. “I needed a cylindrical sensor, and none were available, so I started working with fabric,” he said.

Also working with DuPont inks is Claire Ortiz, a fashion designer who has created clothing for sports apparel firms such as Nike, Wilson, and Under Armour. Now head of her own design and consulting firm, Ortiz Industry, Ortiz said she is helping DuPont understand what it takes to get wearable electronics to market.

“Wearables are great, but if you don’t use the proper textile substrates, then your electronics are all for naught,” Ortiz said. As much as fit and fashion, she noted, textiles are critical. They must feel good and, in the case of exercise garments, feature ventilation and moisture-wicking capabilities.

At the IDTechEx show Ortiz displayed a concept fitness shirt incorporating DuPont’s flexible silver inks. The black, formfitting prototype features heart rate, body temperature, and motion-sensing capabilities tied into a snap-on chip-based module. Ortiz said she expects an affordably priced version of the garment to be in stores within a year.

Like many others at the IDTechEx gathering, Ortiz maintained that marrying electronics to textiles is not just a matter of making it work. The garments also have to be durable, practically invisible and weightless, long-lasting, and washable. “We’re not prototyping,” she said. “We’re commercializing.”

Materials
Teijin sews up sensor thread market
Materials
Spinning yarn for a wash-and-wear energy harvester
Materials
Smart shirt debuts
Share X
To send an e-mail to multiple recipients, separate e-mail addresses with a comma, semicolon, or both.
Title: With The Help Of Electronics, Fitness Clothing Is Getting Smarter
Author: Marc S. Reisch
Chemical & Engineering News will not share your email address with any other person or company.

Comments
Suzanne Sawyer (January 14, 2016 8:18 PM)
This article title is different than the printed edition, which is "Fitness Clothing Gets Smart."
Please be aware that students who see the printed edition and want to find it by title in the online edition will become frustrated. Having worked in an undergraduate academic library for many years, I've seen students get flustered when searching for an article by title that does not match.