CORRECTION: The table in this story was updated on Feb. 3, 2015, to correct the number of recharge cycles offered by supercapacitors.

Andrew F. Burke has been called the Saint Paul of supercapacitors, evangelically spreading the word about the potential use of the energy-storing devices in hybrid and electric vehicles. 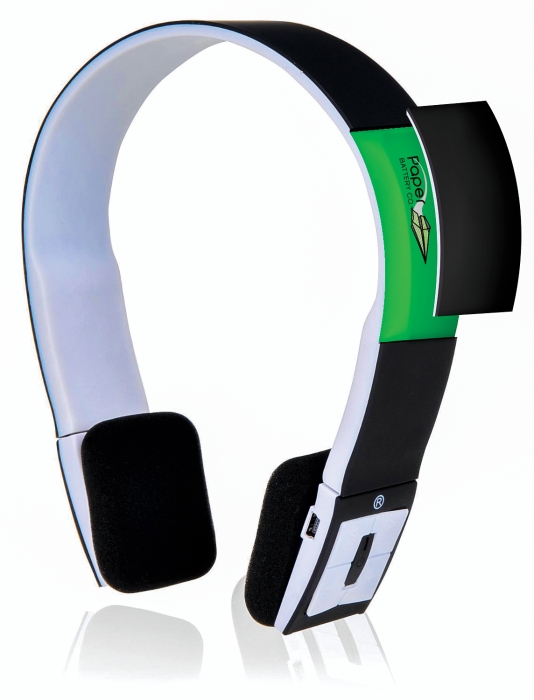 A research engineer with the Institute of Transportation Studies at the University of California, Davis, Burke has monitored supercapacitor research for more than 25 years. He is disappointed that the devices haven’t matured more quickly to usher in an era of better electric vehicles.

Although supercapacitors were developed in the 1960s, they still can’t store as much energy as batteries, and they cost much more to boot. However, a focus on affordability is helping bring prices down. And a flurry of research into new energy-capturing materials such as graphene could lead to a new generation of supercapacitors with improved capabilities.

Supercapacitors are advanced versions of the garden-variety capacitors that have been around since the early days of radio. Those capacitors have relatively small energy-holding capacity and short lives.

The energy-storing devices are similar to batteries in that they have two separated electrodes immersed in an electrolyte solution. However, supercapacitors store their energy electrostatically, making it instantly available, instead of electrochemically, which metes out energy more slowly.

The supercapacitors that Burke enthuses about capture energy in a matrix of activated carbon. They can be called on to capture the blast of energy otherwise wasted when the driver of a so-called stop-start vehicle applies the brakes. Such a vehicle is gasoline powered but turns off when idle to conserve energy.

Batteries, which take up and discharge energy slowly, can’t capture the rush of current in one great gulp like supercapacitors can. Supercapacitors are also good at pouring out the jolt of power needed to start up the fuel-saving engines. Batteries chip in as the steadfast providers of energy needed to sustain lights, air- conditioning, and other automotive features.

Supercapacitors have made some inroads in stop-start vehicles in Europe, but they aren’t yet widely used in transportation. They are more apt to be found in small electronic devices such as hard drives. And they are used in windmill blade control systems, solar energy capture arrays, and other niche applications where their high costs can be justified.

Burke predicts supercapacitors will come on strong as improvements in capacitor design and electrode materials are commercialized. At the same time, the cost of a string of supercapacitors to sustain an electric vehicle will have to drop by roughly 50% to affordably augment or replace the lithium-ion batteries on board today, Burke acknowledges.

Pushing to take advantage of supercapacitors’ light weight, rapid charge capabilities, and ability to deliver a power wallop are companies such as Maxwell Technologies and start-ups Cap-XX and The Paper Battery Co.

Materials suppliers, including activated carbon producer Calgon Carbon and graphene developer Vorbeck Materials, are pushing the price and performance envelope, sometimes aided by academic supporters. And firms with materials science capabilities, such as Corning, are intrigued and view supercapacitors as a potential new market.

Supercapacitors are only minor league players in a global energy storage market worth tens of billions of dollars, points out Cosmin Laslau, an analyst at the consulting firm Lux Research. Manufacturers will sell about $483 million worth of supercapacitors this year, he says. By 2021 sales could rise to $1.3 billion.

Like UC Davis’s Burke, Laslau believes that demand will come largely from transportation uses. But for that to happen, Laslau says, improvements are needed in electrode materials to lower supercapacitor costs and boost energy capture. He is looking not only to improvements in activated carbon but also to the introduction of materials such as graphene and carbon nanotubes.

Peter Harrop, chairman of the consulting firm IDTechEx, calls what’s going on now in supercapacitors a creative frenzy. “There are so many ways to combine various carbon materials,” he says. Although some players have given up waiting for the market to materialize, Harrop counts about 85 companies in the supercapacitor space and estimates sales growth at 30% a year.

Improving the energy density and operating temperature of supercapacitors is among the challenges faced by companies targeting the transportation market, says Michael A. Everett, chief technology officer of Maxwell. The firm had 2013 sales of $193 million, the bulk of which came from supercapacitors.

Maxwell has had success commercializing capacitors for the transportation market. In 2011, the firm launched its Engine Start Module, consisting of a bank of capacitors housed in a battery-like casing. The module is capable of cranking up a diesel truck engine under Arctic-like conditions.

The firm’s capacitors are also used along with batteries in a voltage stabilization system for stop-start vehicles. Produced by auto parts maker Continental, the system is used in Peugeot’s stop-start cars.

Although Maxwell uses activated carbon to make its capacitors, it keeps its eye on developments around graphene, nanotubes, and other forms of carbon. They are still challenging to work with, Everett says. Because graphene platelets and carbon nanotubes tend to clump together, among other reasons, it’s difficult to get them to efficiently store a charge. “Physics gets in the way all the time,” he says.

Maxwell is involved in other efforts to improve supercapacitors. In November, the U.S. Advanced Battery Consortium, an alliance of General Motors, Ford Motor, and Fiat Chrysler Automobiles, awarded Maxwell a $2.7 million contract to develop a better capacitor in combination with a lithium-ion battery for stop-start vehicles.

Maxwell also penned a joint development agreement with Corning in November. The two plan to collaborate on ways to improve the energy density, lifetime, and cost of capacitors. Doug Harshbarger, a Corning business director, says his firm has been interested in supercapacitors for more than 10 years. “Supercapacitor technology is exciting,” he says. “We expect to create a business from it,” he says.

Corning researchers were inspired to adapt their honeycomb ceramics technology, used for car engine catalytic converters, to store energy in supercapacitors. But the project quickly left that approach behind in the scientists’ exploration of various types of carbon and electrolytes, Harshbarger explains.

Graphene maker Vorbeck is hoping that the time is coming for its materials in supercapacitors, according to President John Lettow. The firm licensed its graphene technology from Princeton University and is now working with the school on supercapacitor development.

“We produce a functionalized graphene with high capacitance,” says Ilhan A. Aksay, a professor in Princeton’s chemical and biological engineering department. He asserts that the modified graphene can theoretically capture two to three times more energy than activated carbon.

Activated carbon is like a sponge with irregular pores that do not all hold a charge, Aksay explains. Functionalized graphene, in contrast, can be engineered to have consistently sized pores and hold a greater charge than an equivalent sample of activated carbon.

“We’re not likely to get the cost of graphene lower than activated carbon,” Aksay acknowledges. However, graphene’s higher energy density means it could compete because a little would go a long way, he says.

Although it is not a supplier to supercapacitor makers yet, activated carbon maker Calgon Carbon hopes to be a factor soon, says Robert P. O’Brien, the firm’s chief operating officer. A $1.4 million grant Calgon received in 2011 from the state of Ohio has allowed the firm to work with Case Western Reserve University on capacitor test methods.

Some of the funds have helped the firm upgrade a unit in Columbus, Ohio, to produce the high-purity activated carbon needed for supercapacitors. Also involved is Maxwell, which is evaluating Calgon’s materials. O’Brien says Calgon is developing treated carbon that it hopes will be cost competitive and meet the durability requirements of capacitor companies.

For capacitor maker Cap-XX, activated carbon is the electrode material of choice for now, says Alexander Bilyk, R&D vice president. The firm, some of whose technology comes from Australia’s Commonwealth Scientific & Industrial Research Organisation (CSIRO), sees much promise for supercapacitors in mobile instruments and electronics.

Its small energy storage devices are now used to boost battery performance in industrial handheld computers, point-of-sale terminals, and bar code scanners. An early investor in Cap-XX, which has annual sales of about $3.6 million, is the venture capital arm of the semiconductor maker Intel.

Also pursuing the market for capacitors in electronic devices is Paper Battery, a start-up spun out of Rensselaer Polytechnic Institute. “We’re not just a maker of thin supercapacitors,” says Shreefal Mehta, the firm’s chief executive. A second product line has electrodes that combine the properties of batteries and supercapacitors.

The combination enables Paper Battery’s lightweight devices to be tucked into small electronic gadgets such as a Bluetooth headphone. Mehta says the hybrid supercapacitor battery can charge such a headphone in 1.5 minutes and keep it going for up to eight hours. The firm won an innovation award for its supercapacitor batteries at the recent Consumer Electronics Show.

“Supercapacitors are becoming increasingly appropriate for a whole lot of electronic things,” Harrop, the consultant, observes. They can be packaged in different sizes and shapes, costs are coming down, and many different forms of carbon appear to be appropriate for supercapacitor use, he says. “It’s a very exciting time.”