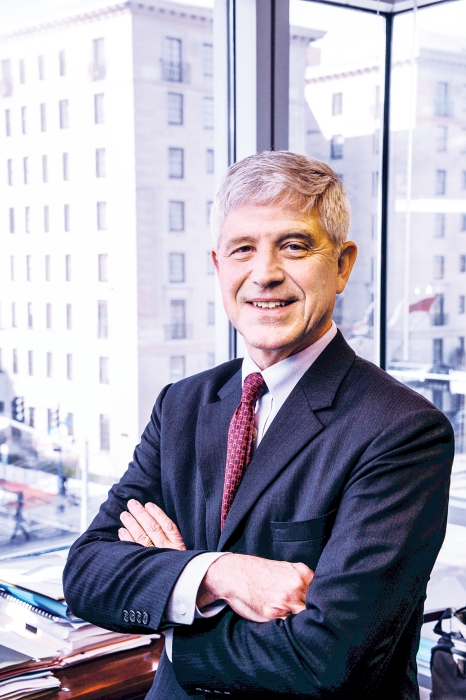 On Feb. 17, Thomas M. Connelly Jr. will become executive director and chief executive officer of the American Chemical Society, succeeding Madeleine Jacobs, who is retiring after 12 years in the position.

Connelly, 62, retired at the end of 2014 as DuPont’s executive vice president and chief innovation officer after 36 years with the firm. During his tenure at DuPont, he directed research and led worldwide businesses and operations. He spent 10 years in overseas posts in the U.K., Switzerland, and Hong Kong.

C&EN: Why were you interested in becoming ACS executive director and CEO?

Connelly: I have spent my whole career touching the chemical enterprise from one perspective or another. I very much wanted to continue my association with the enterprise after I retired from DuPont. I admire what Madeleine has accomplished. ACS is at an interesting stage. It’s very well run, but of course it faces challenges. I feel I have something to bring to the organization based on what I’ve done in industry, on my experiences around the world, and on the extensive contact I’ve had with academic chemical research.

C&EN: You haven’t started on the job yet, but do you have a concept of two or three of the biggest challenges that ACS faces over the next five years and what needs to be done to address those?

Connelly: One is globalizing the reach of ACS. It is the leading professional scientific society within the field of chemistry. ACS has a tremendous amount to bring to practicing chemists and chemical engineers in other parts of the world.

Parallel to that, the chemical industry has different needs from what it had in the past. The industry has become more globalized. Making ACS a continuing resource for industrial chemists and engineers, both those in the established markets and those in the developing world, is another area where we can have increased impact.

Another challenge involves education in its multiple dimensions. On one level, there’s the scientific awareness of the general public. I’m cautious about making statements on that because that is such a vast problem that nobody owns it entirely. But I think ACS can be an important voice.

In education, at the university level the U.S. is the gold standard, particularly when you talk about chemical research graduate education. We need to maintain that, and we need a steady stream of young people coming in through the K–12 system who are excited about chemistry and the chemical sciences. I think that is where ACS can play an increasingly important role. The American Association of Chemistry Teachers is a tremendous initiative. Many of my colleagues and friends talk about the high school teacher who was so influential in shaping their careers and shaping their decision to go into the chemical sciences.

Of course, I understand the importance of the publishing businesses at ACS. They are on the right track. There are some competitive threats out there. But that’s business. There’s always going to be competition. It makes you better and keeps you on your game. ACS brings tremendous strengths to those areas. We’re the envy of the people who might aspire to compete with us. But it’s not a birthright that you’ll always have that position.

C&EN: About ACS becoming more global, in many respects the society already is very much a global organization, especially its publishing operations. However, its membership outside the U.S. has remained at around 15% of the total for many years. Is that what you’re talking about addressing?

Connelly: We need to think about the implications of the increasingly global chemistry enterprise for an organization such as ACS. Our publishing and database operations have been widely supported and subscribed to by entities outside the U.S. I think we need a thoughtful decision about where we see us going from a membership standpoint.

C&EN: How does ACS stay relevant to its members? Chemists increasingly work in nontraditional settings. There are a lot of different places where people are doing chemistry. ACS may not seem like their natural professional home. Another point is that, by some accounts, younger people are less likely to join professional organizations.

Connelly: You’ve raised two points. One is that chemistry is the enabling science for virtually every field of science. Every field has materials challenges, and chemistry provides the answers to those challenges. There is an interface between chemistry and virtually every other area of science and technology. Our portfolio of journals reflects that. On the membership side, we should have the same breadth of connection and relevance to those fields. We need to continue to assess our offerings on the membership side to make sure they are relevant not just to the university academic chemist or the chemist practicing in the traditional chemical industry setting, but to those who are working in different types of industries or at the interface between the chemical sciences and other scientific areas. 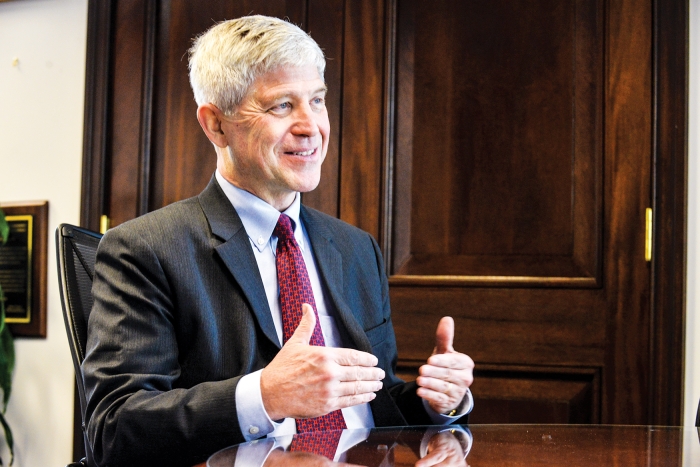 The second thing was more the generational question. Young people acquire and process information differently. They use different sources. They just have different patterns of absorbing information. I think that ACS or any organization needs to be mindful of that fact. The profile of an active ACS member is changing. Active may not mean that they show up at local section meetings. People interact in different ways. I see this with my family, with my kids, the way they interact with their friends. And yet people still have a need for information, they still have a need for association, a need for interactions. Let’s understand what the trajectory of that is and stay relevant to that. ACS should be a lifelong resource, relevant at different stages of a member’s career.

C&EN: You had a strong focus on innovation during your career at DuPont. Do you think that some of the ideas and concepts that you used to drive innovation at DuPont are relevant at ACS?

It can happen in any enterprise. You understand the need, you formulate a better response to that need, you create value, and you share that value in an appropriate way among the participants in the activity. That’s universal. That’s not restricted to for-profits. It’s not restricted to manufacturing. Innovation can occur in all areas. In fact, one of the things I liked to do most was talk to people who innovated in very different arenas. Financial services, personal care products. Fields that were foreign from what I was doing in my day-to-day work, but their concepts, their approach to innovation was superior in some respects to what we were doing.

I worked with personal care product companies and saw the way they took understanding the needs of customers to a level of specificity that was far greater than anything we were doing in our laboratories. They had the ability to interrogate the consumer—with a personal care product you can reach down to the ultimate consumer. Their methodologies for doing that were far superior to anything we were then practicing in the chemical industry. We realized that on that front end of innovation, we had to do a better job of understanding the need.

That approach can be applied to any aspect of ACS.

C&EN: What kind of challenges do you think you might face in making a transition from the business world to a not-for-profit membership organization?

Connelly: I’ve spent enough time working with not-for-profit organizations that I have some appreciation of the similarities and differences between them and industry. One of the challenges I am aware of is that I am entering a world where progress requires the efforts of large numbers of volunteers. In an industrial setting, people are there as employees or as partners and the motivations are clear.

In an organization where volunteers play such a crucial role, it’s important that you spend time understanding the needs and motivations of those volunteers. For me, I think that’s the most important difference.

C&EN: What is your sense of the culture at ACS?

Connelly: I’m impressed by the culture, the openness and willingness to accept an outsider as the new leader. It has been very genuine. I’m also impressed with the willingness to talk about issues and opportunities in a transparent way. The warmth of the organization, the openness to change, the transparency around potential issues is all very gratifying. I’m glad I’ve got a month to get up to speed and to get settled personally. I’m really looking forward to getting going on a full-time basis.