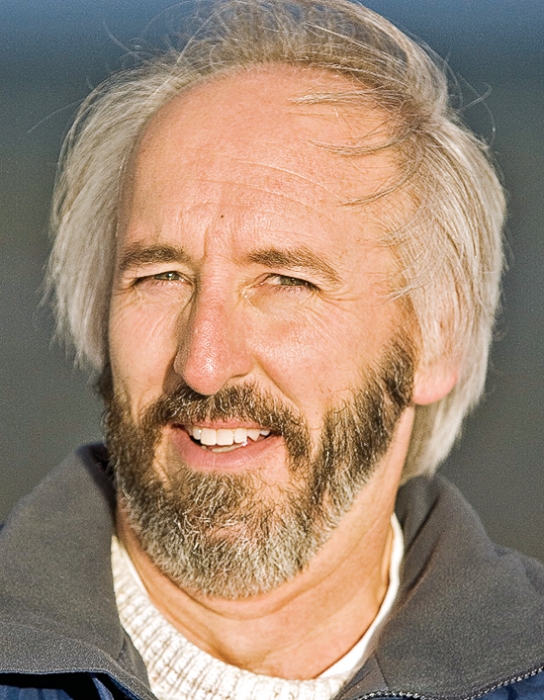 For Purdue University’s Paul B. Shepson, studying changes in Earth’s climate is more than a personal pursuit or passion. His professional career, spanning more than three decades, has been influenced by his sense of personal responsibility for the environment, he says. A leader in the field of atmospheric science, Shepson has chronicled chemistry in a changing Arctic through decades of research while also encouraging the education of a future generation of scientists, colleagues say.

Sharing his knowledge of the Arctic has been a large part of his contribution.

“I hope that people are aware that the Arctic is changing rapidly,” Shepson says. “It is undergoing rapid change because of climate change.”

Shepson has developed and applied new analytical techniques to study the atmosphere. His contributions to environmental chemistry include demonstrating active photochemistry in the Arctic snowpack—a process that leads to the generation of formaldehyde and molecular halogens that had not been recognized previously—and advancing an understanding of the mechanisms that drive atmospheric organic oxidations. His peer-reviewed publications have been cited more than 5,500 times.

Calling himself restless, Shepson notes that he enjoys the challenge of environmental chemistry.

“Chemistry in the real world is extraordinarily complex and dynamic,” Shepson says. “It can be much more challenging than work in a laboratory where reactions are much more controlled.”

Last fall, Shepson embarked on a new challenge. He took the helm of the National Science Foundation’s Division of Atmospheric & Geospace Sciences to serve a four-year term. He credits NSF for supporting much of his own work and appreciates the opportunity to give back, he says.

What Shepson has given of himself to the field of environmental chemistry has not gone without notice.

“He’s kind of a triple threat,” says Barbara J. Finlayson-Pitts, a chemistry professor at the University of California, Irvine, who has known Shepson since he was a graduate student. “He does everything well,” she adds, citing his excellence in science, teaching, and leadership.

Shepson, 58, received a bachelor’s degree in chemistry from SUNY College at Cortland in 1978 and a Ph.D. in atmospheric chemistry from Pennsylvania State University in 1982. He began his ­professional career as a research chemist for Mobil in New Jersey and then Northrop Services, an on-site contractor for the Environmental Protection Agency in North Carolina. In 1987, Shepson joined the chemistry faculty of York University, in Toronto, where he served as the acting director for the Centre for Atmospheric Chemistry and earned tenure in just four years. In 1994, Shepson moved to Purdue, in West Lafayette, Ind., where he holds a joint appointment in the departments of chemistry and of earth, atmospheric, and planetary sciences. He was the founding director of the Purdue Climate Change Research Center from 2004 to 2008 and head of Purdue’s chemistry department from 2008 to 2013.

He is a fellow of the American ­Association for the Advancement of Science and of the American Geophysical Union. During his career, Shepson has supervised more than 60 graduate students and ­postdocs, and he was awarded the Purdue College of Science Graduate ­Student Mentoring Award in 2012. Among his ­other distinctions, he is a commercial, multiengine, and instrument-rated pilot.

Shepson will present his award address before the Division of Environmental Chemistry.